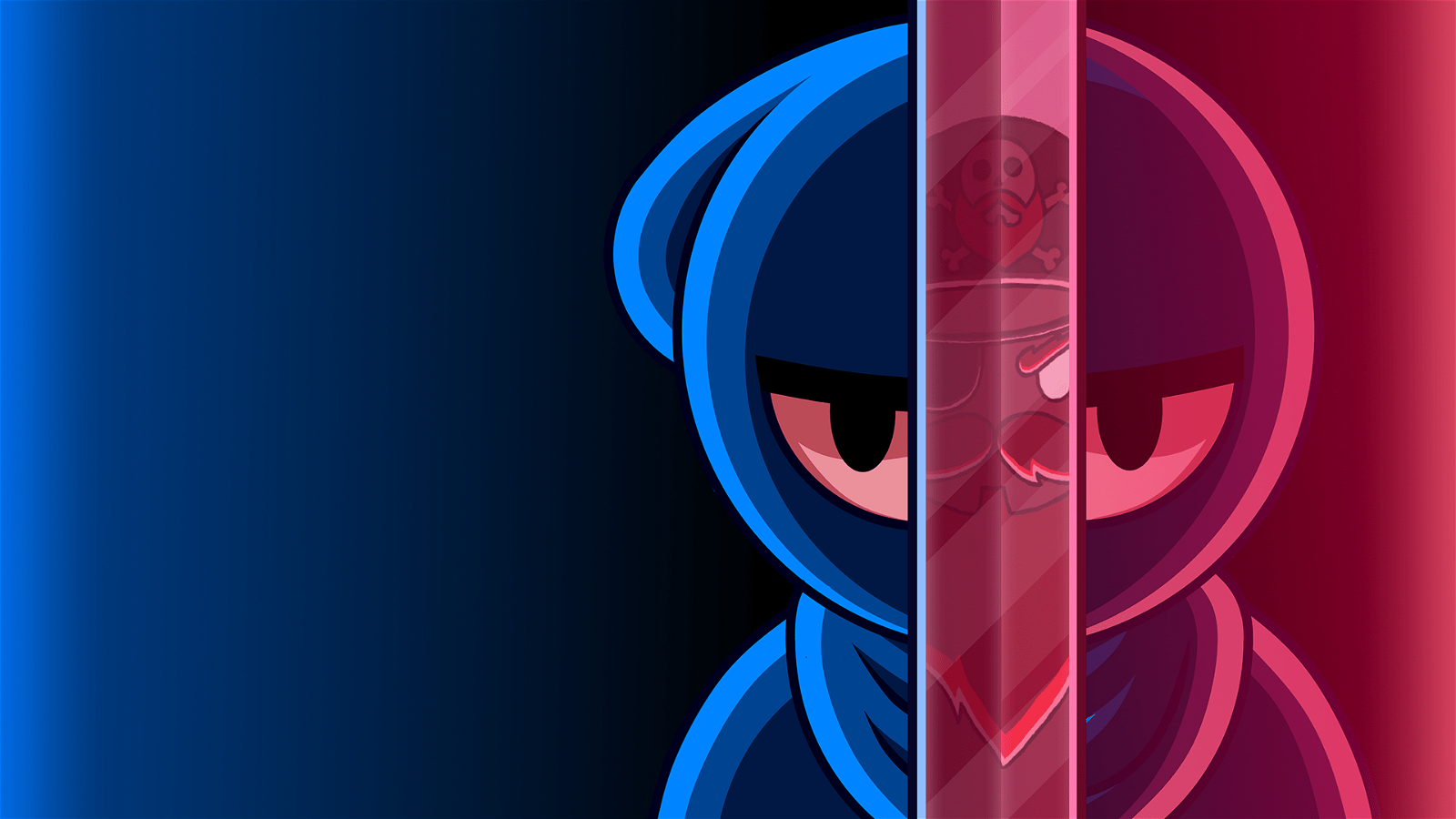 Anyone who’s played the original 10 Second Ninja will recognize that the art style, movement mechanics, and combat mechanics are similar to those of the recently released 10 Second Ninja X, although in 10 Second Ninja X, the term “combat” could easily be replaced by “checkpoint”. The robots you hit don’t move or fight back, and this time they’re not even Nazis; instead, they end up being your kidnapped friends stuffed into robotic-shaped cages. This means you’re actually freeing friends instead of fighting the 3

Without spoiling anything, I would like to point out, simply out of frustration alone, that the maps are also littered with traps to kill you, and that these traps will also kill your escaping friends, since they literally pick a direction and dart off once they’re free. You’re never penalized when your friends off themselves, so I might just be nitpicking here; however, it’s very annoying to watch them travel right to their digital deaths after you went to the effort of freeing them as quickly as possible.

Luckily, the annoyance you might feel at this minor issue in 10 Second Ninja X will soon be replaced by anger directed at real problems. Let’s get the fact that the game is hard out of the way. You will fail early and often because the game is built to challenge the gaming community, and the routes to perfection are sometimes obscured by red-herrings. With that in mind, what is really rage-inducing are the controls. They’re by no means unusable, but they’re not as tight as they should be. When playing games like Super Meatboy, failure came often, but you could never blame the controls. They would always put you exactly where you tried to go, and failure came when you did not move the sticks properly. With 10 Second Ninja X, the controls will serve you properly about 90% of the time, but there is some ambiguity regarding where you will land after each jump. The margin for error is usually a few pixels, but that can be a problem when one pixel holds an electrical trap and another nearby pixel is actually a hole that leads to a fatal drop. I honestly don’t think the controls are broken enough that they should stop you from playing this game, but it’s very frustrating to have a game demand extreme precision but fail to give you extreme accuracy when moving your character.

While the controls are just frustrating, the lighting effects in this game literally made me sick, and making me sick always gets top billing in the problems department. The issue is that every time you die, win, destroy a robot, or restart a level, the game will flash a specific colour, and with multiple robots on screen the visuals can quickly turn into something as psychedelic as a tie-dyed Technicolor Dreamcoat. I wouldn’t say that I played longer than normal when reviewing 10 Second Ninja X, but the assault my eyes endured still made me feel light-headed, flustered, and dizzy. The only good news is that the issue is not constant because there are only a few levels with enough robots to cause the hyper flashing I experienced. Sure, that the problem is limited is a good thing, but there is no getting around the fact that it is unforgivable for a game to make you ill; especially when bouts of vomiting should really only be induced by activities such as drinking heavily, binging on 3:00 a.m. junk food, or watching the American Presidential elections.

All of this doesn’t mean that 10 Second Ninja X is a bad game. Believe it or not, my favorite part of this hardcore 2D platformer was the story. The narrative progresses every time you get a specific number of stars, and each set of stars adds a new set of cut-scenes in the game’s hub world. The hub world is also full of charming characters and far more plot twists than it really has the right to be. Much of the charm comes from some great comedic writing that will generally make you laugh. Believe it or not, at one point I rushed through the minimum requirements of a level set just to see the next story beat. If that doesn’t sound impressive, please remember this game is a 2D platformer that focuses on speed and accuracy.

While 10 Second Ninja X is intentionally frustrating, the developers also made some smart choices to keep the platforming action fun. At the start of each level you have the option of looking around and studying the layout in what’s known as Camera Mode. The 10 second timer that gives the game its name only starts once you manipulate something on the controller, and every time you screw up the level, the timer is reset in roughly a second. There is also a ton of game-play for the $10 price tag. Once you spend about three hours going through the story of 10 Second Ninja X, you can keep playing legacy levels from the original 10 Second Ninja or try your hand at the marathon challenges.

Overall, I was very happy that I had a chance to play 10 Second Ninja X. The charm of the characters in the game’s hub and the story they endured was heartwarming and funny. I wasn’t as big a fan of the controls that never felt perfect or the motion sickness; however, the negative experiences were never constant. 10 Second Ninja X is a game that can certainly be improved, but I never felt any issue was bad enough to completely write off the overall experience.

10 Second Ninja X never truly reaches its pinnacle in the game-play department but a charming cast of characters and a surprising story push the game across the finish line.