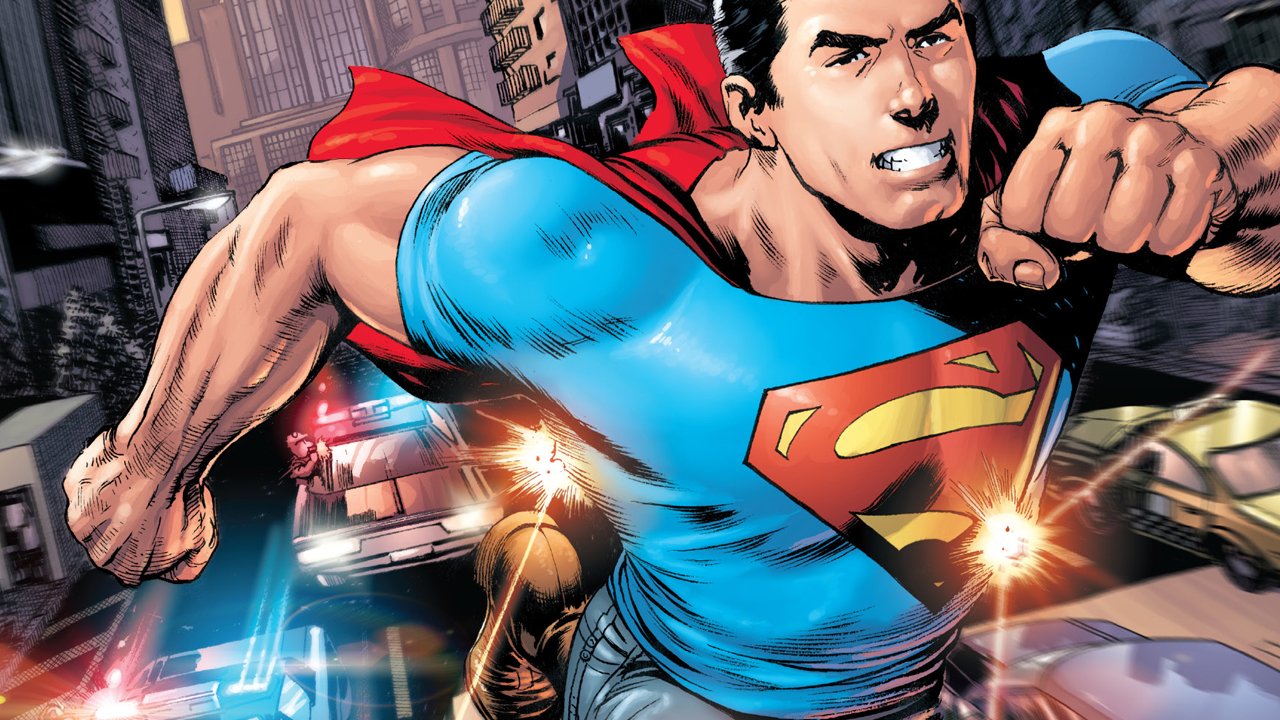 After last week’s debut of Justice League #1, DC’s New 52 initiative continues in earnest this week, with multiple releases including Action Comics #1 by Grant Morrison and Rags Morales. This is one of the most anticipated of the relaunches coming out this month, although for some it’s nervous anticipation.  After rereading the issue multiple times, I’m still not quite sure just how I feel about this new incarnation of Superman, as presented.  It occurs in the past, although I’m not quite sure just how far in the past, as it’s obviously prior to Justice League #1, which is set five years prior to the current DC continuity presented in the rest of the books in the New 52 line.  It depicts the Superman’s early years in Metropolis, shortly after he arrives on the scene as a superhero in public.  Grant Morrison has gone back to Superman’s early years in the 1930s for inspiration, with Superman not yet able to fly, and considerably weaker than he is traditionally, just like he used to be in the comics back when he was first created.

For fans of Superman as he has traditionally been written and portrayed over the majority of his existence, this new version is a large departure.  I’m not against showing Superman in a weaker state, before his powers blossomed and evolved into what we’re used to seeing, but I’m not sure I like how he is portrayed in terms of his stance on the law and justice.  In modern portrayals, he’s the boy scout who is often synonymous with authority, often supporting the police and acting in accordance with them.  This version is very different, acting outside the law and at times against it, when justice conflicts with how the law is enforced by police.

In some ways, it’s not the stance itself that I find troubling, but more the attitude with which Superman finds himself opposing the law, cocky, stand-offish and almost seeming cynically opposed to the police.  It just doesn’t quite feel right, and this Superman doesn’t feel like the same good-natured man from Kansas that was raised by Ma and Pa Kent.  I don’t mind him not yet working for the Daily Planet, or General Sam Lane trying to capture Superman with the help of a pre-villainous Lex Luthor, it’s more in the attitude that Superman has against authority figures that I find troubling and bothersome.

The artwork is handled by Identity Crisis penciller Rags Morales, and I have to say that I expected more from an artist of his caliber.  The faces seem a bit too thin and not nearly filled out enough, and the characters themselves feel too thin and not having enough weight to them.  The issue almost feels too rushed and the overall look of the issue suffers as a result.

This issue was hotly anticipated for a reason, some of it nervous anticipation, and for good reason.  This is a very different take on Superman, and I can’t say it was that successful or enjoyable in my eyes.  It wasn’t terrible, but it wasn’t nearly the success that DC was probably hoping that it would be.

Action Comics #1 has a very different take on Superman, and I can't say it was that successful or enjoyable in my eyes.