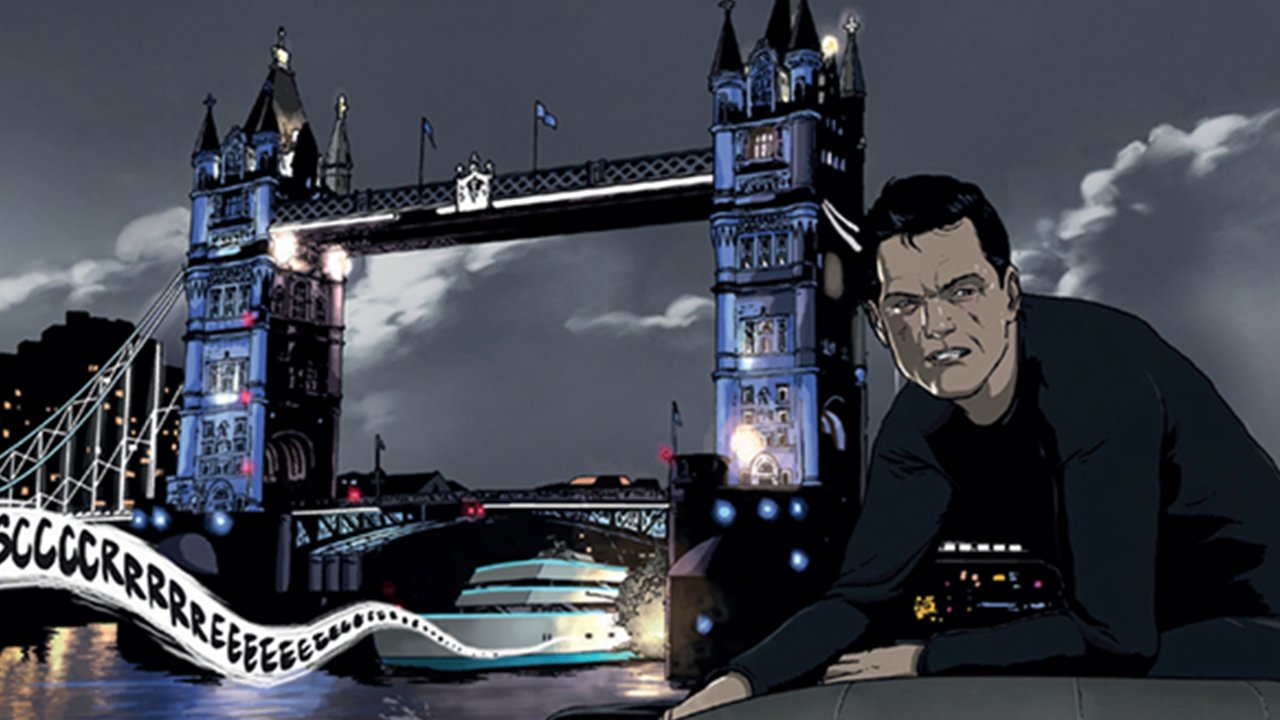 If the name Philip Pullman sounds familiar, it’s because he’s the same author of the His Dark Materials Series. If you still don’t know who he is, he’s the guy who wrote The Golden Compass. Pullman is a pretty creative person, and since his novels were both controversial and a major hit, it was interesting to see how his talent would translate into a graphic novel. It’s clear that Pullman wanted to go all out with The Adventures of John Blake: Mystery of the Ghost Ship but I’m sad to say that in his eagerness, he’s overlooked a couple of issues.

The Mary Alice is a ghost ship, trapped in time and forced to travel between different centuries in search of a way home. During a powerful storm, an Australian girl named Serena is knocked overboard and one of the ship’s crew, John Blake, rescues her. The crew of the Mary Alice must bring Serena back to her own time, but doing so will leave them in great danger. The Dahlberg Corporation is hunting the Mary Alice and its CEO has plans that are more evil than anyone could imagine.

The only major complaint I have with The Adventures of John Blake: Mystery of the Ghost Ship is in the artwork. Fred Fordham’s art isn’t terrible by any means it’s just kind of flat, the characters look like they’re out of a sex-ed pamphlet or a wiki how instruction illustration. There’s not much shadow or any creativity with light sources, the expressions aren’t dramatic and the characters look like they’re staring into space half the time. That being said, however, Fordham’s background work and action scenes are gorgeous. The attention to detail on city streets and the intricate work on inanimate objects and the ship made up for the blandness of his human models.

As far as the story goes, it’s interesting but incredibly convoluted. What I do appreciate with Pullman’s writing is that he wanted to get the backstory of the Mary Alice out of the way but in doing so, he ended up with a major plot dump. So much is thrown at the reader in such a short time that it left no room for any other characters. We have the crew of the Mary Alice, Serena and her family, a secret agent, a researcher and the big bad. Upon reading, the only character that didn’t matter was Serena since the secret agent and the researcher actually have a major connection to the Mary Alice but they just get dragged behind as the story progresses.

The plot dumping also gave away too much (including the connection between the agent and the researcher). We learn about half-way through that the doomed crew do eventually get back to their own times. That’s not something the reader should know the reader should be eagerly awaiting the next comic to find that out. The big bad is also defeated and after hearing about how he’s been trying to get the crew of the Mary Alice for decades, he just gets snuffed out? What the hell was the point?

File Under:
Name: The Adventures of John Blake: Mystery of the Ghost Ship Review Score: 6.5
×