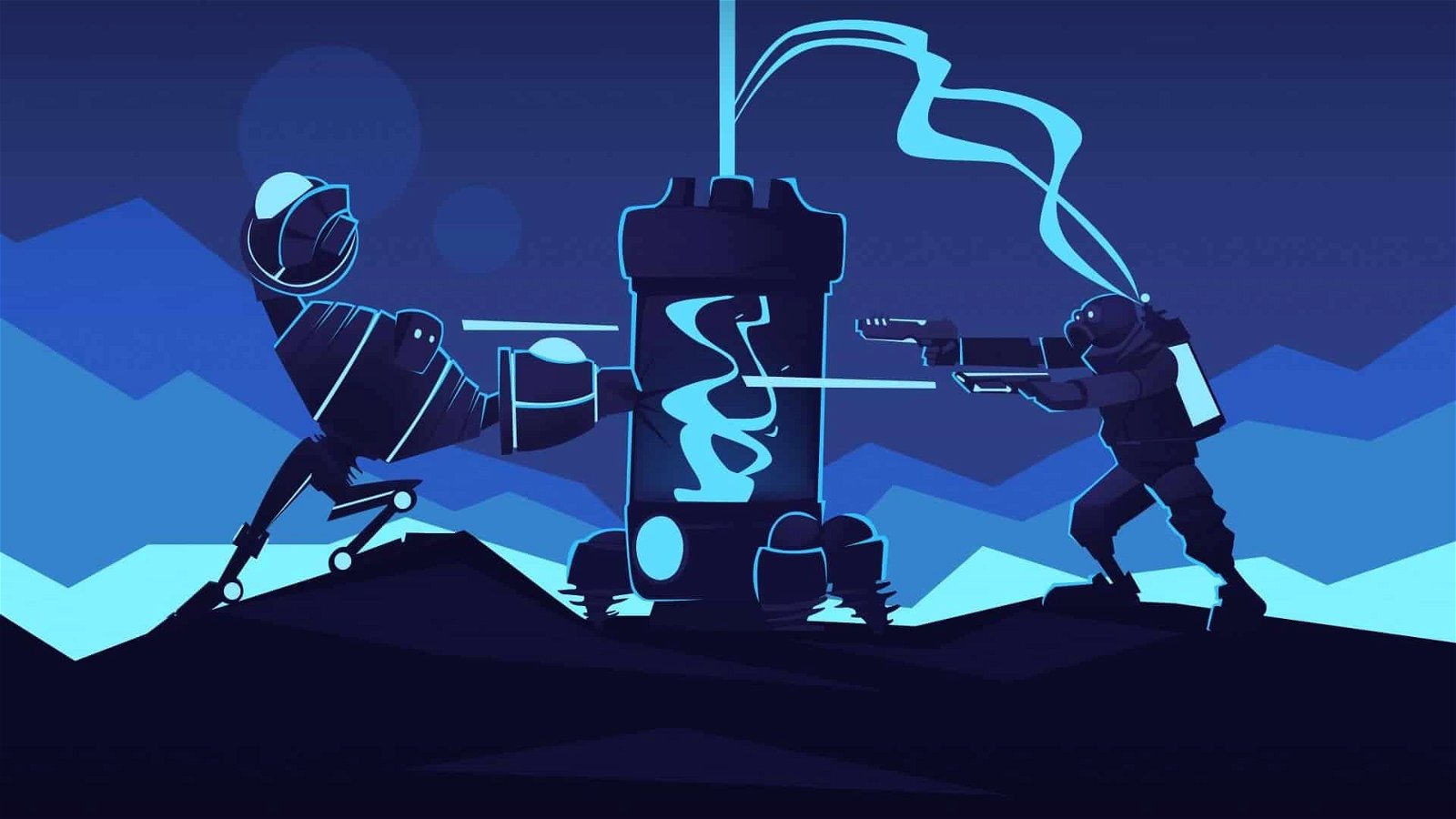 With Battlefield V reducing its TTK, and Call of Duty Black Ops 4 bringing back its signature team death-match to console players for yet another year, It has become clear that the shooter industry has moved to an arcade-centric era. After a little over a week with a new title from Chainawesome Games, Aftercharge however, I found a game that denies modern trends in order to build a fluid tactical experience that unfortunately falls just short of greatness thanks to minor issues.

In recent shooting phenomenon’s, it has become evidently clear that the inclusion of multiple game-modes, while refreshing, deeply splits a game’s community. It was under this very real challenge that Aftercharge was born: a 3v3 tactical shooter with a single – yet deeply interesting – game mode.

That game mode, combines both the charm of Call of Duty’s Team Deathmatch and Battlefield’s Conquest mode all in a shell that feels very similar to Overwatch’s formula. Here, two enemy factions (the hunters and the robots) are put against each other on a variety of maps that despite their differences, all contain one similarity: energy cores. As one may guess, these energy cores provide, well, energy, to both teams, basically serving as a life-core of sorts. It is the robots’ job to destroy all of these enemy cores, and the hunters’ to stop them.

While this idea may sound too simple to be any good, it is the implementation of it that is truly outstanding. Unlike other shooters, in Aftercharge you can’t simply “kill” the enemy, instead you can knock them out, leaving them prone to a revive. As you may imagine, this means that to win, the hunters must knock out all three robots at once, giving an extra layer of depth to this experience.

But that’s not all, because only the hunters have weapons that allow them to knock out the enemy threat, robots are equipped with invisibility suits, allowing them to walk unseen. To make this fair, every hunter weapon is equipped with an enemy locator, which beeps as an enemy robot approaches. It’s genius gameplay choices like this that makes Aftercharge such a balanced and unique game, creating a competitive arena that feels fair no matter the faction you jump in with.

Aftercharge includes multiple character classes similar to many top-ranked shooters in the genre, yet it is following this selection where the game starts to fall short. Throughout my gameplay sessions, I quickly found that characters lacked much to differentiate to them, meaning that I had just as much of a chance to win needless of my choice. This took away some of the enjoyment from the tactical atmosphere I was talking about earlier, something that came as a bit of a disappointment. It’s because of the somewhat monotonous character selection that I feel Aftercharge needs to dive deeper into making characters meaningful, either through adding character lore or re-working class balance to ensure every character feels distinct. While this may not seem like a deal breaker to most, giving the player important decisions can further the tactical atmosphere that Aftercharge strives to achieve.

Take the builder and the striker for example, these two enforcer classes in theory sound very different. Builder theoretically offers a more laid-back, supporting role, mainly focusing on building barricades in order to protect energy cores. Contrast that to the clearly kill-based striker, and you’d assume that one works as a support, while the other acts as an offensive character- this does not translate into gameplay however. This mainly comes down to the goal of the game, when playing from the enforcer side, the game orients you to kill the three robots as quickly and simultaneously as possible, thus making protecting cores more of a set-back than an actual necessity.

This can also be seen on the Workonics side as well, where classes like Buddy and Cyclops work in the same fashion as builder and striker, with buddy having a focus on team-play while Cyclops has a focus on devastating attacks. Here again, because of the clear focus on destroying energy cores, any difference in abilities that characters may have don’t fully carry out into the gameplay.

This doesn’t only apply to the aforementioned characters, take a quick glance at the developer’s website, and you’ll find that all characters are given different abilities, but again, the lack of significant game-changing powers making it feel far less important, especially compared to games like Rainbow Six Siege, where choosing the wrong set of members will reduces the chances of winning drastically.

Aftercharge also promises to boast counting characters, offering roles that serve as a weakness to others, again in the hopes of creating a more tactical experience. In this regard, again, a similar criticism applies: Due to the straightforward goal fo the game, these types of tactics never typically carry and considering that you can’t change characters mid-game, it becomes simply impossible to predict what class the enemy may be using. Granted, as the community gets more accustomed to other’s play styles, this is an issue that could automatically correct itself, but during my time with the game, I found that these vulnerabilities – even when I correctly guessed the enemy’s character choice – worked little towards making me feel in control of the situation.

It’s because of the somewhat monotonous character selection that I feel Aftercharge needs to dive deeper into making characters meaningful, either through adding character lore or re-working class balance to ensure every character feels distinct. While this may not seem like a deal to most, especially since the similarly-specced characters ensure that all players have the same power,  giving the player important decisions that will only increase tactical atmosphere that Aftercharge strives for.

Another sticking point from my time with the game are the maps because while there is a good variety of different looking maps, they all feel and play the same, all including the same amount of routes and different elevation spots that eventually just leaves a new match feeling exactly like the last one.

While these are both complaints that can quickly be fixed with a few updates, I found that the game’s matchmaking latency is something that may need more attention. As a disclaimer, I was playing on the Xbox One and in China, and with these two factors considered, the experience was fairly lag free, however, there were a few instances where shots simply wouldn’t land and movement felt sluggish – and for as short as these instances may have been, they still took away from the otherwise free-flowing experience. Needless to say, most players shouldn’t encounter the issues I did, but considering the sizable Asian market for tactical shooters, I believe offering a great experience across the board can really take Aftercharge into the international scene.

At the end of the day, I can’t deny that Aftercharge has potential. In fact, I can easily say that Aftercharge is the most fun I’ve had with any multiplayer game for a long time, but the few issues I was able to find make me fear for the title’s longevity in the few upcoming months. It’s weird to say this in 2019, but considering reasonably low price tag, I would totally love to see a DLC pack that introduced more diverse maps, a degree of character lore, and a greater of characters that add meaningful tactical decisions. Furthermore, I seriously believe that fixing the game’s slight network issues would go a long way into making Aftercharge an amazing experience. As it is now , Chainsawesome games created an that any fan of tactical shooters should happily enjoy, and with more updates bound to come, it is a journey I believe will be worth following from here on out.

Aftercharge truly has the potential to be “the next big thing”, with all fundamentals of what makes a shooter great, but in its early days its clear there is still polish that could done to the overall experience. 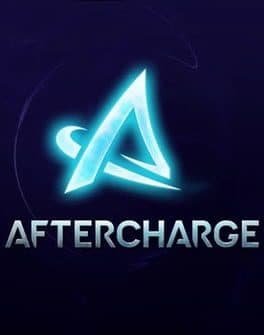