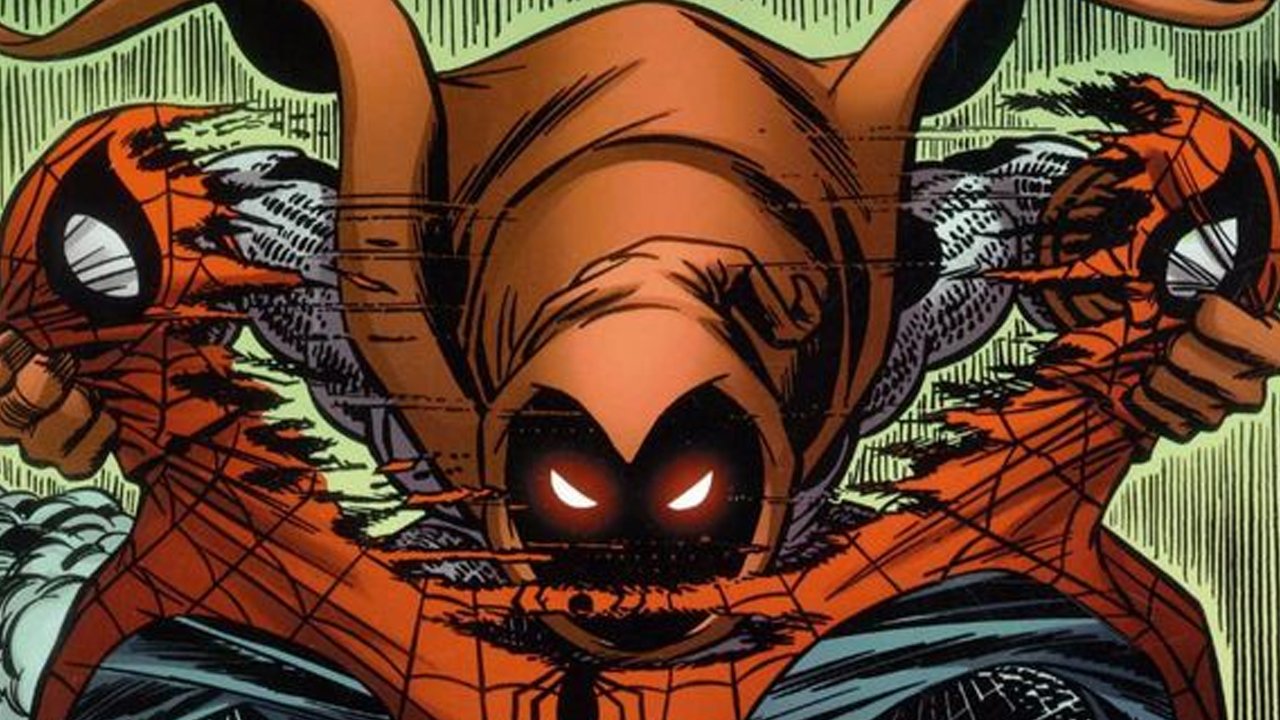 With the release of The Amazing Spider-Man movie less than a year away, Marvel is capitalizing on it with a variety of new trade paperbacks. Rather than an obscure storyline, this collection contains the first stories featuring the now-classic Spider-Man villain, the Hobgoblin. It’s surprising to me that Marvel allowed Hobgoblin’s origin to remain out of print for so long – far longer than a decade – but I suppose the character has only had a few major appearances since ’98 , which is coincidentally the same time that original Green Goblin, Norman Osborn, was brought back from the dead.

This trade is a fantastic opportunity for readers who weren’t around in the early eighties to experience the Hobgoblin’s first few appearances, and they’re in for quite a treat. The creation of the Hobgoblin was the result of Roger Stern’s desire to recapture the power and might of Green Goblin without going back to the well of the Green Goblin, considering how the last Green Goblin (Bart Hamilton) had been received. So he crafted a brand-new mystery for the Spider-Man comics, as Spider-Man encountered a new super-villain who utilized repurposed Green Goblin weapons and gliders, and became a figure in organized crime similar to how the original Green Goblin had operated prior to his personal crusade against Spider-Man.

If there’s a fault in this collection, it’s that it doesn’t hold back on spoiling up-front who Hobgoblin is, before the reader even gets to his first on-panel appearance. It’s not a real fault per se; just something that stuck out at me. Considering that the character first appeared just under thirty years ago, it’s not the biggest deal.

The first few issues in the collection focus on Roderick Kinglsey’s first appearances, prior to Hobgoblin ever showing up in the book. It’s a fun storyline, not as complex or as entertaining as the material following it, but enjoyable nonetheless. Given how Kingsley is portrayed, and the Hobgoblin’s depiction in the following stories, I almost think that Marvel would have been better to package these comics with those in the recent Spider-Man: Hobgoblin Lives trade paperback, which reveals that Kinglsey is the Hobgoblin and connects all the dots that are introduced in the stories in this particular collection.

The first real appearances of the Hobgoblin are an absolute treat, as Stern manages to create a complex and compelling villain whose creation is in direct response to Spider-Man’s failure to capture a criminal during a takedown. He nabs three, but the fourth gets away, finds a Green Goblin hideout, sells the information to Kingsley, and thus the Hobgoblin is born! The Hobgoblin/Spider-Man fights are exciting, well-written, and have a great sense of tension in them, and the mystery of who the Hobgoblin was makes it all the more striking.

The first few appearances of the Hobgoblin were illustrated by John Romita Jr., who was being inked at the time by his father, and it’s some truly gorgeous work. Jr.’s art style has changed considerably over the past thirty-five years, but this is some of his cleanest work, and the inks by John Romita Sr. really give this a classic Spider-Man feel. Milgrom and Frenz aren’t slouches though, and provide some stellar artwork as well.

Long before Norman Osborn returned, the Hobgoblin filled a void in Spider-Man’s rogues’ gallery by giving the readers a compelling mystery as to his identity, and whether Spider-Man had truly met his match with this dangerous, calculating new character, who had the abilities of the original Green Goblin without being hampered by insanity.

This is a fantastic read, you won’t be disappointed!

Amazing Spider-Man: Origin of the Hobgoblin is a fantastic read, you won’t be disappointed!