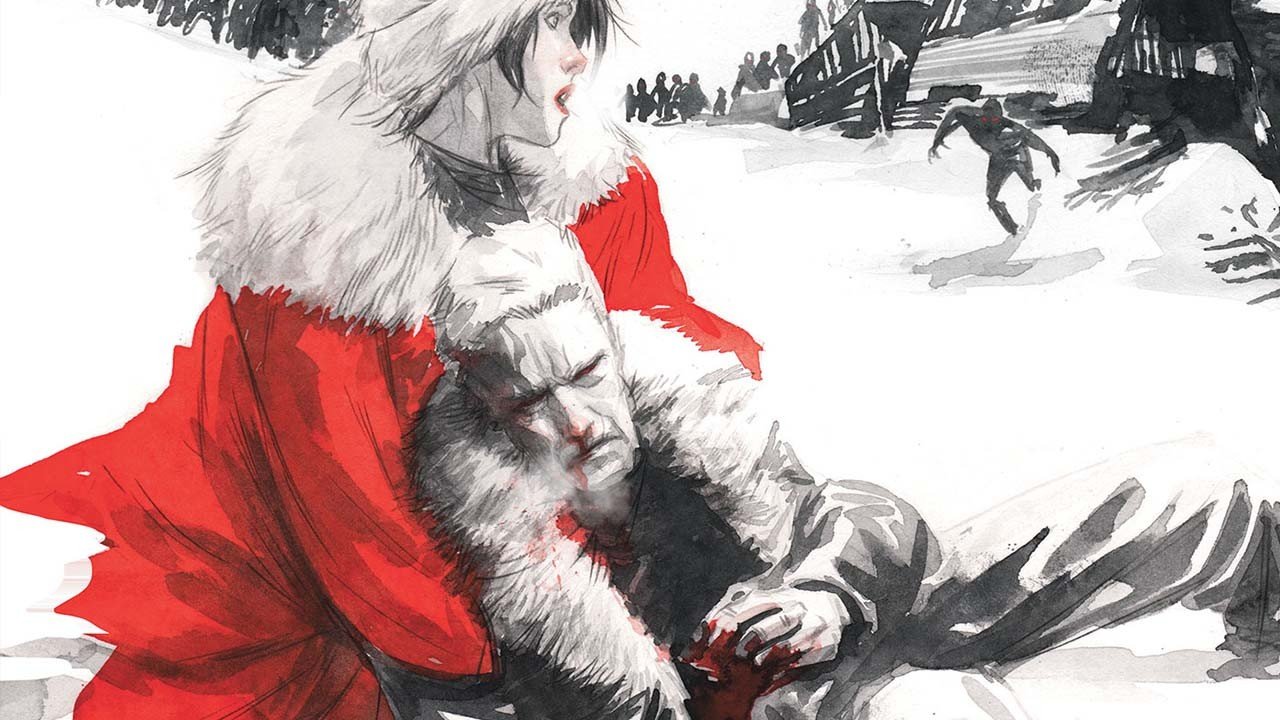 I admit that I was once entranced by the allure of the vampire: sexy, powerful, and forbidden. I have thumbed through my share of Anita Blake novels and I traipsed through many a “Vampyre Tavern” back in the days of AOL. These days, however, I approach supernatural fiction quite hesitantly — I’m not so sure I can take another embarrassment like Twilight or horrible fanfiction. Thus, I approached American Vampire: Lord of Nightmares #1 with trepidation. While I’m not as well-versed with the series as I’d like to be, I can say with certainty it’s doing the genre proud, and as a first-time reader I can’t wait to see where Agent Hobbes and Agent Felicia Book end up.

The stage is set with Agent Hobbes rendezvousing with the haughty Tommy Glass, in an apparent bid to give way to the fact that the Vassals are about to let control slip of their most powerful vampire: Dracula. That’s certainly a major cause for alarm, as you might imagine, and in just one moment Agent Hobbes’ world is rocked by a single revelation. It’s a particularly engaging moment, watching the young, brash, and cocky Glass challenging the dry nature of Hobbes and dropping a bombshell when least expected. While I’m not well-versed in the history of the series or these particular individuals’ personalities and chemistry, it really set the tone for an edge-of-your-seat adventure that I’m ready for more of.

The issue opener’s adrenaline is short-lived though, with a shift in tone and focus to Agent Felicia Book, who is picking up child Gus (apparently a former vampire child) from school. Things are relatively peaceful as Book returns home with Gus, taking up her motherly duties (homework first, like a responsible caretaker) before drawing a gun — Agent Hobbes awaits in the study, ready to recount the earlier “festivities.” The day’s ferocity is retold and Book is exposed to the truth: the Vassals are under attack and something must be done. All of this in a whirlwind introductory sequence that effectively manages tension, anticipation, and delicious, ferocious vampire lore to hook in new readers. While the issue feels as though it’s over in the blink of an eye, plenty of ground is covered and motivations exposed.

Gorgeous, realistic art and muted tones go a long way in presenting a believable story. Scott Snyder has woven a hypnotic tale that I can’t help but dwell on and anticipate more from, while Dustin Nguyen’s mature depictions of the main cast are fantastic eye candy. Each panel flows smoothly to the next for an effortless, stimulating read that feels both smart and sophisticated.

Despite my lack of familiarity with the already-established continuity, I found myself wanting more, seeking out the original stories for comparison and to whet my appetite for more. I can’t wait to see what the next issue brings — this must be like what anxious Twilight readers must have felt during the series’ initial release.

While I'm not as well-versed with the series as I'd like to be, I can say with certainty it's doing the genre proud, and as a first-time reader I can't wait to see where Agent Hobbes and Agent Felicia Book end up.