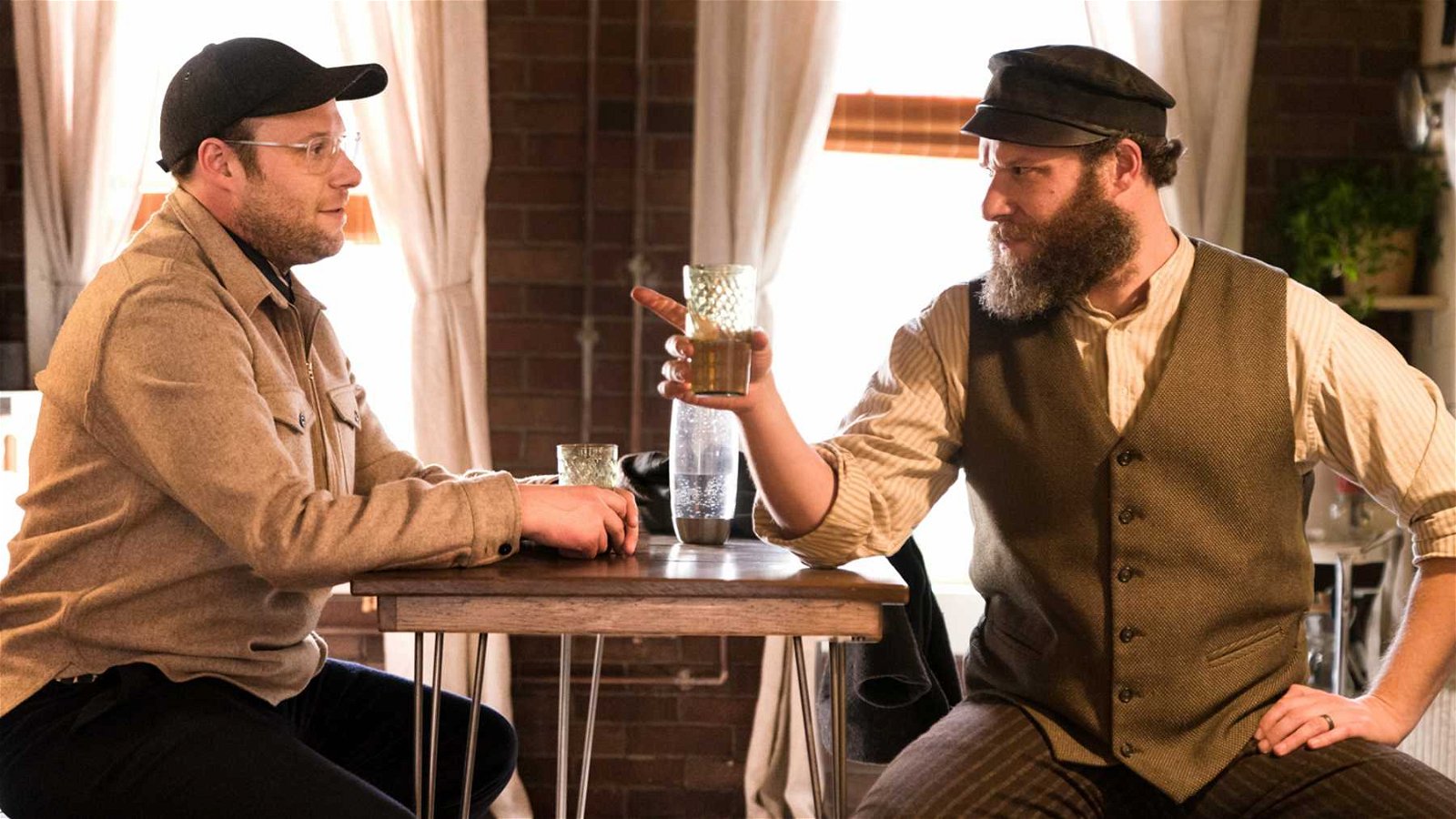 Seth Rogen is one of the more interesting Frat Pack 2.0 alumni. Simply known as “that kid with that funny laugh” in Freaks and Geeks and Donnie Darko ages ago; Rogen is now a 38 year old man.  Although he still isn’t above doing stoner comedies he’s come into his own in the past 10 years or so, having worked with industry titans like Danny Boyle and Disney. An American Pickle is like a marriage of his old and new sensibilities, and mostly comes out on top.

The premise (a man in 1919 falls into pickle brine and is preserved for 100 years) is almost immediately presented, solved and unquestioned. Herschel Greenbaum is thrust into the 21st century and introduced to his great grandson Ben in what feels like minutes, as the two meet and their personalities clash: a conflict that fuels the rest of the film.

An American Pickle is surprisingly lean. There’s no poorly thought out and cliché romantic subplot. There are barely any real supporting characters: just fleeting cast members who fly in and out on a moment’s notice. Nearly the entire film is supported on the shoulders of Rogen, who carries it with a dual role that’s surprisingly sweet.

Well, one of them is, anyway. Rogen as Ben is far less impressive than Rogen as Herschel. The latter is really where the heart of the film lies, as Herschel is a much harder role to step into and far more complicated than a modern app developer with a chip on his shoulder. Seeing what Herschel does in the face of adversity is sometimes fascinating, as the plot moves with a rapid pace from shenanigan to shenanigan.

An American Pickle basically plays out like a multi-act play, as each member of the Greenbaum family tries to one-up the other, either out of spite or pure gumption. Some of their silliness is endearing, interesting and funny. Some of it drags and feels utterly pointless. This pendulum swings for an hour and a half and then it’s over. That’s pretty much all there is to it.

If you’re older or have family issues, you’ll probably get more out of it, as a lot of the drama resides in the pain of generational reconciliation. While the script is short on laughs at times, it scarifies comedy for poignancy and pulls you right back in again. I went into An American Pickle expecting a raunchy absurdist comedy and got something completely different. While it’s incredibly uneven, it has a soul, a debt ultimately paid for by Seth Rogen himself.

An American Pickle is often short on laughs, but it has more than enough heart to compensate. 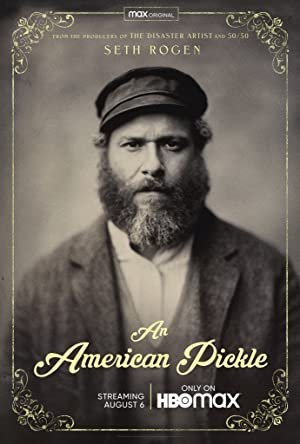