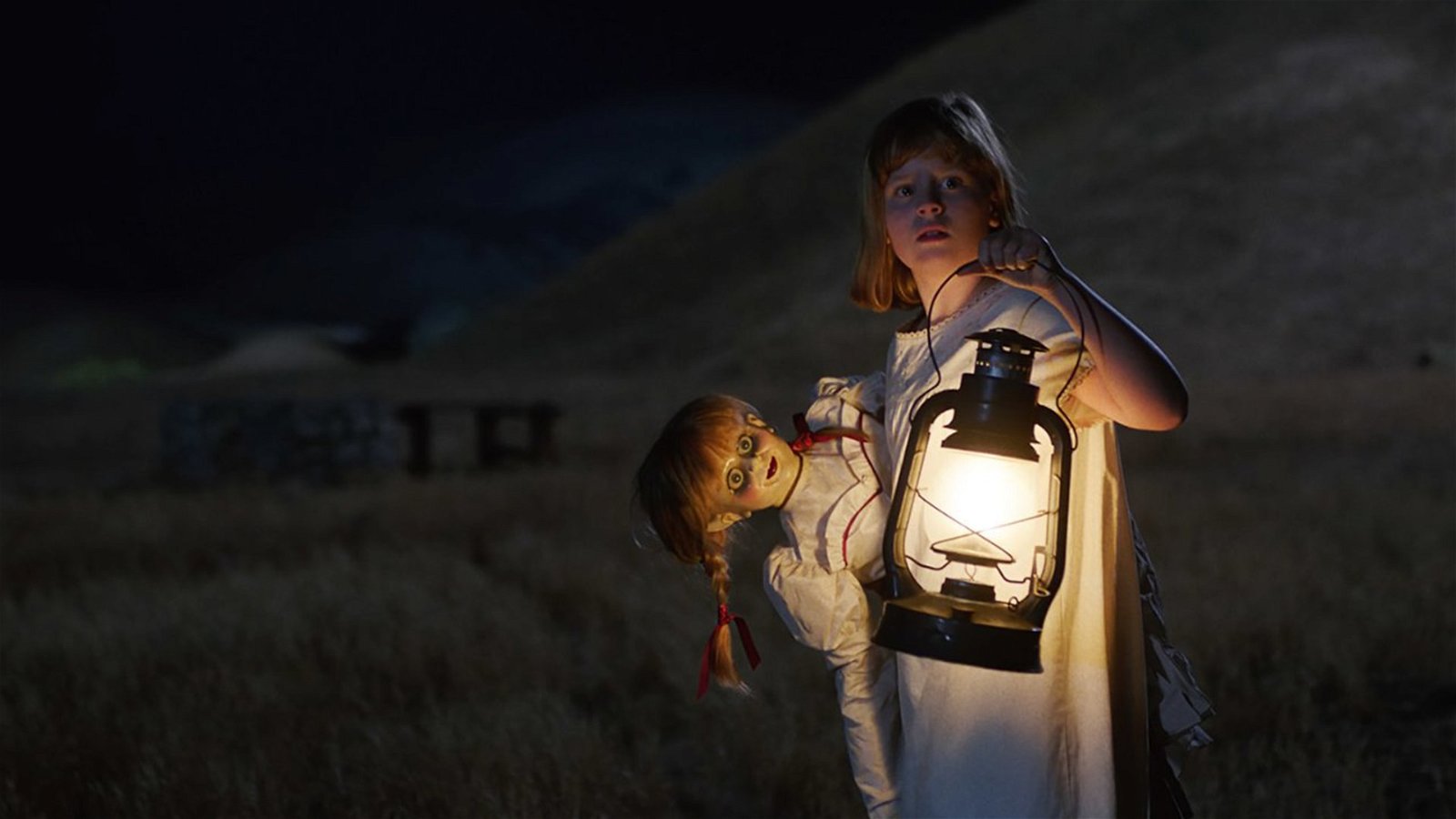 Well, I guess there’s a Conjuring cinematic universe now. When James Wan’s 70’s-set jump scare festival broke horror movie blockbuster records, Warner Brothers decided to turn it into a sprawling franchise. Not only was there a Conjuring 2, but also an evil doll spin-off movie Annabelle. Both were successful, so now we have a prequel to that spin-off movie and presumably more Conjurings on the way—it might never end. Fortunately, Annabelle: Creation is at least better than the lazy cash grab that preceded it. That’s not to say the movie is particularly good, but much like last Halloween’s surprise Ouija: Origin of Evil, it at least seems to realize the previous flick in the series was weak despite being successful and decided to hire a horror director with actual talent to right the ship. Unfortunately, Lights Out director David F. Sandberg wasn’t able to fix the stream of script problems screwing this prequel up, but he did manage to include a handful of decent scares. For better or worse, that’s enough to make it a big improvement in the Annabelle series.

As promised with the title, we finally get to discover the origin of that creepy Annabelle doll from The Conjuring that Warner Brothers inexplicably decided was worthy of a spin-off series. In fact, we see the doll being built in the opening frames. We then learn that the doll maker (Anthony LaPaglia) and his wife (Miranda Otto) also had a daughter named Annabelle who died tragically shortly after the doll was made—hen we have to wait the entire movie for more. The plot (if you can call it that) involves a nun (Stephanie Sigman) and a handful of orphan girls (Ouija: Origins of Evil’s Lulu Wilson, Talitha Bateman, and others not even worth naming as they are just lambs for the slaughter) who are invited to stay in the dollmaker’s house a few years after the death of his daughter. Why? It’s never clear. The important thing is that the girls are absolutely not allowed to enter Annabelle’s old room and if they dare to do so, they’d better not touch that doll.

If you were hoping for anything resembling a compelling—or even logical—narrative to explain the existence of this cash-grab prequel, don’t hold your breath. The Conjuring movies aren’t exactly models of narrative clarity, but this one is particularly sloppy. Essentially, it’s a collection of dull scenes designed purely to set up as many spooky set pieces as possible. The characters may as well not even have names since they certainly don’t have personalities. The actors do well under the circumstances (especially youngsters Wilson and Bateman), yet they are all essentially little more than focal points in the frames for stuff to jump out and yell boo at. It’s impossible to get invested in their lives or worries. They aren’t humans. They are just pesky screenwriting necessities to set up David Lights Out Sandberg’s jump scares. No more, no less.

Fortunately, horror movies live or die on their scares and Annabelle: Creation at least has some good ones. If Lights Out (either the movie or the YouTube short) proved nothing else, it’s that Sandberg knows how to set up and deliver a jump scare with style. He’s got a knack for ghostly atmosphere, can draw out suspense painfully, and knows the perfect settings to make audiences uncomfortable (there’s a scare scene involving a ghost on the bottom half of a bunk bed here that’s nightmare material). After a seemingly endless 40 minutes or so of set up, Sandberg is finally able to unleash Annabelle and then piles on the scare scenes after that. Many work well and some flop, but the hit-to-miss ratio is high. If you want to sit in a room filled with people jumping and giggling, Annabelle: Creation will do the trick. Sandberg knows what he’s doing. The trouble is, with a story so nonsensical and characters so non-existent, it all becomes a little tiresome after a while. There’s nothing to get invested in and the final act of the movie crams in so many jumps and shocks one after another that it becomes numbing. The theatre I attended started giggling at all the scare tactics after a while—and not in a good way.

So, Annabelle: Creation isn’t a particularly good horror movie. However, it is better than the last Annabelle flick that was inexplicably popular. It has a few good scares and proves that David F. Sandberg knows how to make viewers jump even with an asinine screenplay; whether or not that’s enough to justify seeing the movie is entirely up to you. In a packed house on opening weekend, viewers will likely make all the rights hoots and hollers to offer a good time in a cinematic funhouse kind of way. However, it’s also unlikely they’ll remember a damn thing about Annabelle: Creation the next day or even think about it again. This is about as disposable as Hollywood horror gets, but at least it delivers the goods from time to time. Sadly, that might be enough to make this one a hit, but hopefully not enough to justify a third Annabelle movie. That’s deeply unnecessary.

Annabelle: Creation is probably as good as a prequel to a spin-off could possibly be and that’s not necessarily a compliment. 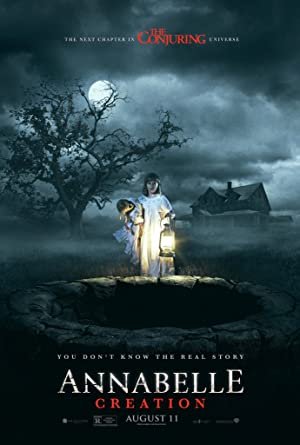