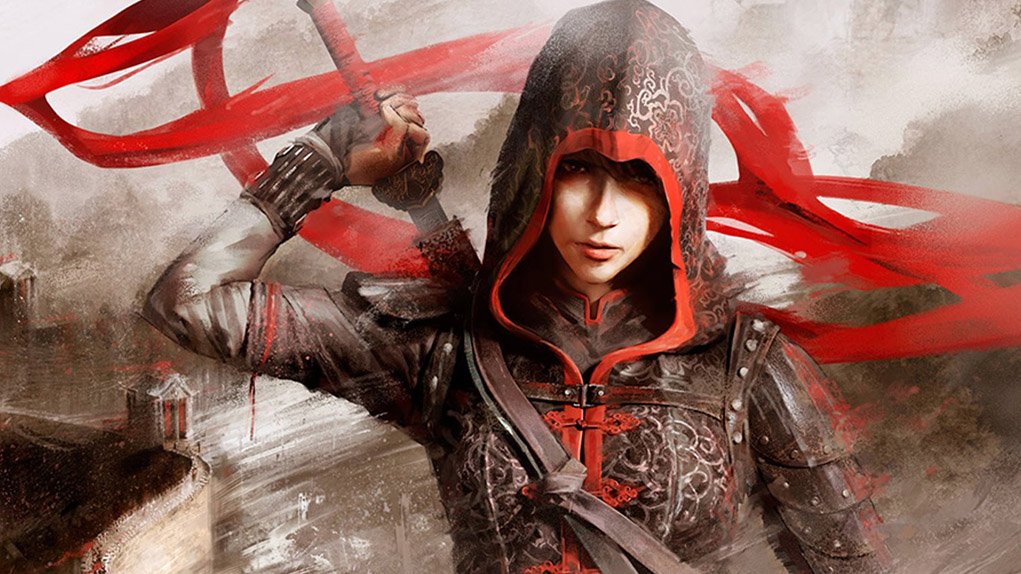 When Ubisoft announced they were branching the Assassin’s Creed franchise out to cultures beyond those of European descent, it sounded like a great move. The download-only Chronicles line starts off in China, but is due to take would-be killers through India and Russia well. The new side-series also has an outside developer, Climax Studios.

The result is a linear side-scroller that pays minimal lip service to the elements that made the series great. In this first installment, players take the role of Shao Jun, one of the last surviving members of the Chinese Brotherhood of Assassins. Her order was destroyed by a power-hungry group of eunuch Templars, forcing her to flee to Europe—where she was trained by none other than Assassin’s Creed 2 star, Ezio Auditore (as shown in the animated short, Assassin’s Creed Embers).

Now returning to China to seek revenge, Shao is better than ever and ready to run, jump, murder, and sneak like a pro. Officially labeled as a 2.5D game, Chronicles plays in a standard 2D, side-scrolling manner, but various spots in the levels let Shao move to portions of the fore or background of the map.
Chronicles is heavily bent on stealth, so much that the greatest points are earned for passing areas without killing anyone or being seen. There are a few spots where combat is forced on the player, however, showcasing the awkward and clumsy sword play. While combat was never the strongest element of the series, there was a satisfying flow to the counter-based action in previous games.

Here, the fighting is just clumsy overall. It’s a flawed block and hack affair, with limited moves and questionable response. Shao does have a few interesting tools at her disposal though. Instead of the standard wrist blade, she has a hidden blade in her shoe, leading to some brutal kills. She also has throwing knives and rope darts (literally, a sharp dart tied to a rope), which is great for stealthy ledge takedowns.

She can also whistle to draw guards’ attention or briefly stun them with a firecracker to the face. Like most stealth-based games, every new room or map section is really just a puzzle to solve. Detection isn’t an instant fail, but alerting guards usually causes more to come and many have crossbows, so survival is unlikely.

As with most classically-styled stealth, enemies have cones of awareness and anything outside that cone—even if you’re laughably right in front of them—is invisible to them. Guards only stay within their pre-defined area and just charge around mindlessly when alerted, but otherwise stay on a set path. More amusing is that guards in conversation are utterly oblivious to anything short of being run into.

All these strict rules for guard behavior lead to cheap ways to fool them, but also make the environments feel utterly artificial and contrived. There’s no illusion of running through ye olde China on the run, but merely running through stealth mini-game exercises. There’s nothing inherently awful about the game play, except that it feels so utterly standard and uninspired.

The entirely linear levels move from a prison to the seaside port of Macau and onward to the Forbidden City, and even the Great Wall. There are a few very minor side paths to find hidden goodies, but otherwise the exploratory nature of Assassin’s Creed is completely missing. The levels are fairly large, but seldom offer anything new to do beyond sneak from hiding place to hiding place, climb walls, and jump gaps.
The game introduces new elements and tools throughout its short journey. Yet, Shao seldom has any need to deviate from the same basic combat and navigation techniques, unless specifically forced to. The overall simplistic nature of the design gives Chronicles a mobile game feel, like a quickly made cheap tie-in more than an actual addition to true AC canon.

Visually, Chronicles has a beautiful painted look, with a more cell-shaded and artistic style than the main AC games. The usual level of topnotch audio we’ve come to expect from Ubisoft is apparent as well, making the overall presentation better than the actual game.

Assassin’s Creed Chronicles: China isn’t terrible in any particular way. It is, from top to bottom, entirely middle of the road standard at best and its main attraction is the cheap selling price for a few hours of side-scrolling action. A 2.5D Assassin’s Creed with a beautiful exotic lead and locale could have been a marvelous and engaging concept, but Chronicles squanders the opportunity to be something greater.

Assassin’s Creed Chronicles: China isn’t terrible in any particular way. It is, from top to bottom, entirely middle of the road standard at best and its main attraction is the cheap selling price for a few hours of side-scrolling action.