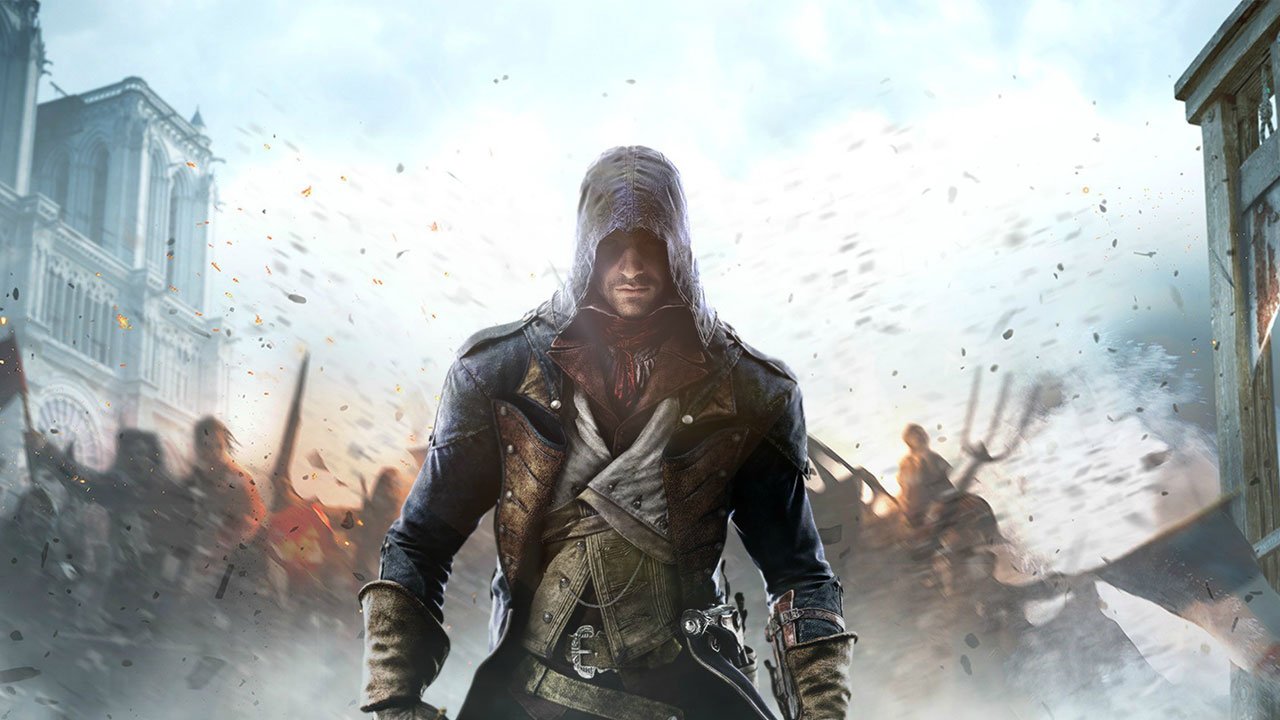 I jumped into Assassin’s Creed Unity hoping for a change in a structure so tired and true that I chose to skip Black Flag rather than play through one more historical fiction game full of parkouring, assassins, and a confusing, modern-day plot with little to no relevance. A new console generation could have given Ubisoft the chance to reinvent the series with a new protagonist, plot, controls, and mechanics, and while Unity does deliver on these fronts, it does so in a sloppy, buggy, and only half-realized way.

That’s not to say Unity doesn’t look amazing at first glance. It doesn’t hold anything back when it comes to the extravagant and beautifully rendered revolutionary Paris most of the story takes place in. During my dozen or so hours with Unity, I explored gorgeous palaces, crumbling slums, and the breathtaking interiors of magnificent cathedrals, all of which were packed with literally hundreds of on-screen characters. In short, Unity is seriously beautiful; I often found myself stopping to admire the craftsmanship and attentive detail that went into building a virtual Paris—when my frames-per-second weren’t dipping, that is.

A choppy framerate ended up being the least of my concerns. Audio dropped out, characters would clip in from nowhere, and textures and objects constantly popped. I was playing on the Xbox One, but for the first time in my life, I felt like I was playing a high-end PC game on a laptop that simply wasn’t up to snuff, a problem I never expect to have on a home console, let alone a brand new one.

These problems are little more than annoyances, but some glitches were game-breaking. In one of the earliest missions, I tried using the new parkour system to make a safe descent down the side of a building only to fall through the ground into an infinite abyss, killing me. During another sequence I had to chase an enemy and tackle him, but my character got stuck for a full thirty seconds on a market stall. I mashed buttons, hoping to free Arno from his perplexing prison, but it was too late; I had failed.

But when Assassin’s Creed Unity does work, it works great. Freerunning has been changed to allow Arno to either ascend or descend a building safely depending on the button combinations held. This gave me more control over my assassin’s movement than any other entry in the series, a godsend for a game all about mobility. Of course, the system worked against me sometimes. More than once Arno would move back and forth across a window instead of going through it, leading me to alert enemies I’d be trying to sneak past.

Speaking of stealth, Unity finally features a dedicated crouch button for covert operations that I used to great effect. During the assassination missions—of which, thankfully, there are many—I’d do my best to take my target out silently. Each mission offered optional objectives to complete to make a clean kill easier and, frankly, more fun. It was great having the ability to liberate prisoners or open food stalls to distract guards and get close to my target, mostly because open combat in Unity is a death wish. Melee fighting has been dumbed down since previous iterations, making duels with more than just a couple enemies difficult affairs (I sure do miss the ability to chain executions from previous games). And good luck running if you get overwhelmed; your opponents pack powerful firearms and sniper-like accuracy, making even getaways risky affairs. More often than not, stealth was the only way I could complete a mission and get away unscathed.

Combat isn’t the only thing that’s become simpler. Unity features a more stereotypical tale of love and revenge, and the modern-day Abstergo narrative takes a back seat. Unity makes you, the player sitting on your couch, a character in the story, but it’s all overshadowed by protagonist Arno’s quest for his father’s killers. This isn’t necessarily a bad thing; Unity is the first Assassin’s Creed game that I’ve beaten without having to consult a wiki to figure out what just happened. Arno himself and his dashing love interest Elise make for some great characters, but the French Revolution becomes a backdrop to a personal tale rather than any meaningful part of it, which I can’t help but feel is a shameful waste.

A welcome addition to Unity is the new customization options. You hold a single, growing rank whether you’re playing single-player campaign memories, optional side sequences, or co-op missions. No matter what I was doing in Unity, I felt like I was working my way up to becoming a Master Assassin, which is much better than concentrating on the skillsets and ranks of separate single- and multiplayer Assassins. Skills become unlockable at a fair pace, as do Arno’s customizable armor pieces. You can even change your robes’ color scheme to add a bit of personality when you take your game online.

Co-op is the new addition in Unity, replacing the competitive multiplayer we’ve seen for years. The cooperative missions recycle single-player locales, but they’re unique pieces of content that tested my cooperative abilities. As long as I was communicating with the person I was playing with, it was fun coordinating stealthy attacks and assassinations from the shadows as a team. I still think the single-player story is the bigger draw, but there’s no reason others won’t wrangle hours of fun out of the co-op.

Assassin’s Creed Unity’s attractiveness is only skin-deep. Revolutionary Paris is fantastic to behold, as are the character models, interiors, and light and water effects. But once I was done observing from afar and directly interacting with the world, the persistent problems reared their ugly heads. With every minute in Unity, I felt the potential for a true new-gen start for the series, but the reality is much more disappointing. Assassin’s Creed Unity feels like a game half polished, and I can’t help feeling Ubisoft’s decision to publish two games from the same franchise on the same day stretched the development team too thin.

Once I was done observing from afar and directly interacting with the world, the persistent problems reared their ugly heads. Assassin’s Creed Unity’s attractiveness is only skin deep. 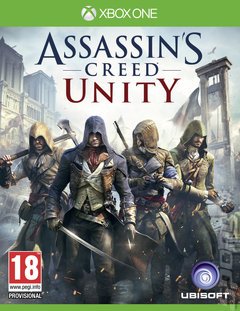