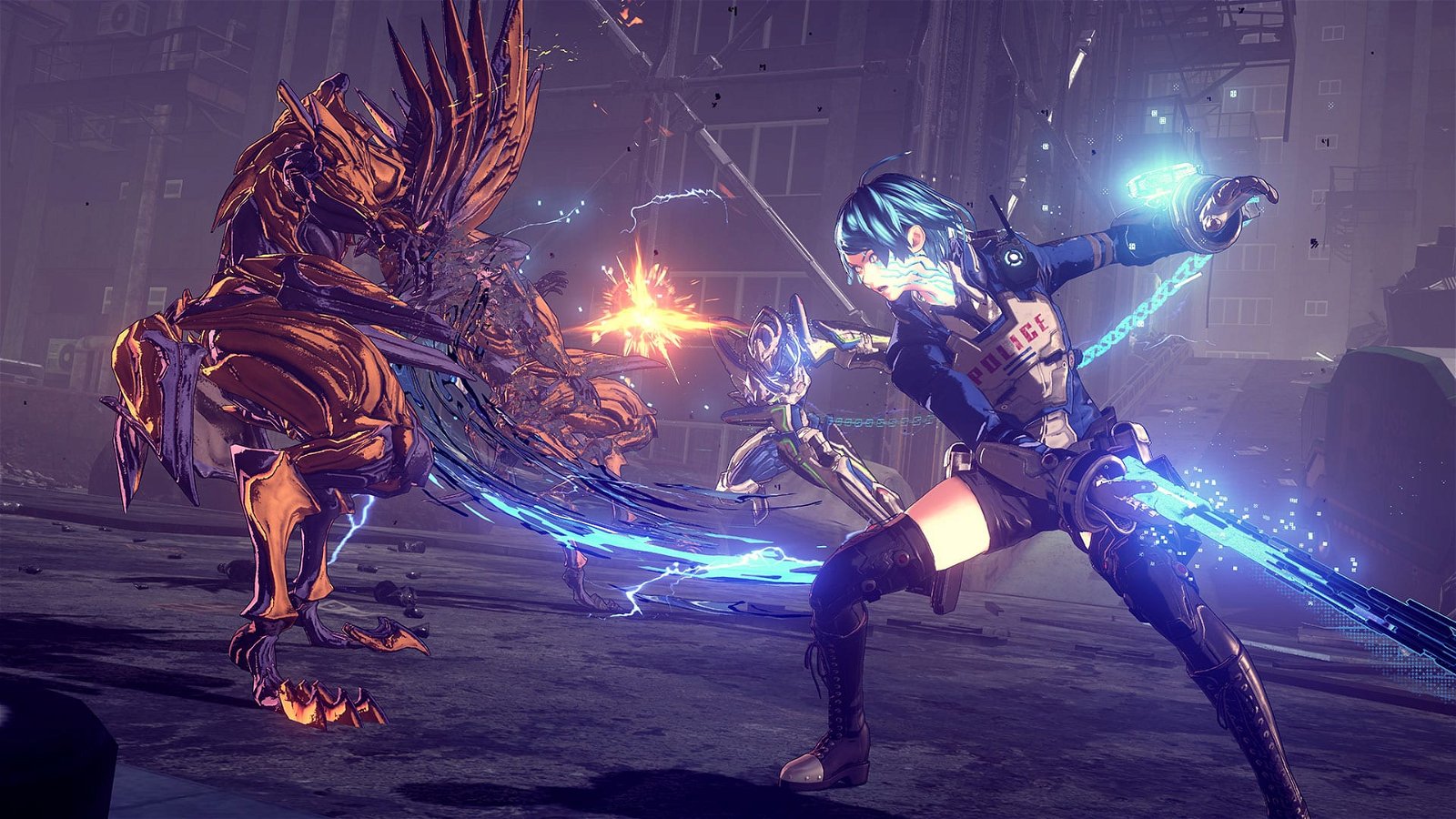 When I think of some of the definitive character action games in the history of this medium, my mind immediately jumps to titles like Devil May Cry 3, Bayonetta, NIeR: Automata, and even Metal Gear Rising: Revengeance.

Now, I would like to add Astral Chain to that list. Developed by PlatinumGames and available exclusively for Nintendo Switch, Astral Chain is one of the most innovative action games I’ve ever played and my current top contender for 2019’s Game of the Year.

Tasked with protecting the remaining population of humankind after a cataclysmic event, players begin their journey in Astral Chain by being promptly recruited to the elite task force, Neuron. What separates Neuron from other forms of law enforcement is that this agency isn’t dealing with cases strictly involving humans. Otherworldly beings, known as Chimeras, are breaking into our dimension through the mysterious Astral Plain, corrupting the remaining habitable areas of the Earth and its occupants. The last hope for humanity’s survival lies within the bond between your created character and their band of five living weapons, the Legions.

It took me just over 20 hours to complete Astral Chain’s campaign and I deeply enjoyed every moment. The chapters are broken up into multiple gameplay segments that are nicely paced and consistently build up the tension for the players leading to the climactic boss battle of each case. Players will begin a chapter investigating a Chimera related event, searching for clues related to the beast’s whereabouts and talking to locals for useful information. Once enough info is gathered, the chase begins to hunt down the suspect, defeating waves of enemies along the way and even some environmental puzzle solving that requires you to use your Legions to continue progress. Finally, players are rewarded with an exciting boss battle that delivers every essence of Platinum’s signature charm, including captivating music, a proper challenge, and that deep satisfaction from ending the fight with a climactic finish.

When I say that Astral Chain is one of the most innovative action games I’ve ever played, my core reasoning behind this is because PlatinumGames has created one of the most unique combat systems in this subgenre to date. Instead of having to focus on controlling one character with a fleshed out move set of combos and weapons, players now have two characters on screen at once that they need to play with in tandem to overcome the threats of the Astral Plain.

The three core components of combat are your created character, the equipped Legion of your choice, and the chain that binds them together. Each serves a major function in Astral Chain. Players will primarily be controlling the main character, using their shapeshifting weapon, the X-Baton, to either hit, shoot or slash up chimeras and create openings to sync up with their Legion to deliver a wide variety of stylish, yet devastating, combined attacks. Once the Legion is summoned, it will automatically attack whatever enemy is closest to it if left unattended. In order to be the best commander of this living weapon possible, players need to take control of their Legion by ordering it to attack specific targets, activate one of its unique skills, or forcibly moving it into a new advantageous position.

This is where the chain starts to come into play. By moving the Legion and the player character at the same time, you can use the chain connecting the two to bind enemies to the ground for free damage, stop an enemy from charging at your characters at full force, and the Legion can even pull the player towards them to save them from a life threatening blow or to bring them towards an airborne target for some aerial coop attacks. These listed examples are really just the fundamentals of the system available at the beginning of the game. When players begin to upgrade their arsenal of weapons and Legions, the available moveset rapidly develops with a plethora of new skills to use, including stingers, delayed attacks, parries, 360’s, and more.

The Legions are without a doubt the star of Astral Chain. Designed by one of my favourite manga artists, Masakazu Katsura, Sword, Arrow, Arm, Beast, and Axe Legion each possess their own unique gameplay styles that heavily switch up how players will approach their combat encounters. Sword and Arm were my main DPS Legions throughout my journey for their versatile attack options and heavy hitting skills, but I frequently switched them out depending on the types of enemies I fought. Meanwhile, Arrow and Beast were used when dealing with airborne enemies or ranged attackers due to their superior speed and stunning attack properties, which locked the chimeras down for easy combos. Lastly, Axe was used to perform double duty, protect me from all harm with the use of its multiple shields if I was being swarmed and counter attack anyone with a massive shockwave of AOE damage the moment they broke through my defense. This interplay between your character and their Legions is at the heart of what makes learning Astral Chain’s combat system feel deeply rewarding to learn and satisfying to play.

As for performance, Astral Chain runs flawlessly on the Nintendo Switch. I will say that the game looks noticeably sharper in TV mode, with the extra boost in resolution being used to smoothen out the textures in the environment as well as the character models. While I’m sure Platinum would have loved to be able to make the game run at a solid 60 FPS, they were only able to hit 30 due to hardware limitations. Thankfully it’s a rock-solid 30 FPS even during the most graphically intensive scenes. Despite this being PlatinumGames’ first fully developed Nintendo Switch title, it’s vividly clear they know how to harness the system’s hardware to great effect and deliver a game that shines in both style and substance.

Another element of Astral Chain that can’t be understated is lead composer Satoshi Igarashi’s score. Known best for his contributions on NIeR: Automata, Xenoblade Chronicles 2, and Bayonetta 2, Igarashi perfectly sets the tone for Astral Chain’s setting with an amazing mix of electric, metal and orchestral music. What I really enjoyed was how the tracks changed in tone and style depending on if players were exploring the environment or if they were in the heat of combat. The orchestral tracks were saved for boss battles to give them that added layer of flair to really sell the feeling players are in the middle of an epic battle for survival.

Astral Chain is a fantastic character action game that reimagines the subgenre at its core with a completely original and immensely satisfying combat system. I loved how much personality and style was put into every element of the game, creating a truly exceptional experience I believe every Nintendo Switch owner should try out for themselves if they have the opportunity. Scalebound and its potential may well be dead and buried, but what came out of that disappointing cancellation as a result is one of my favourite games released so far in 2019. 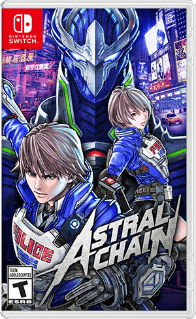