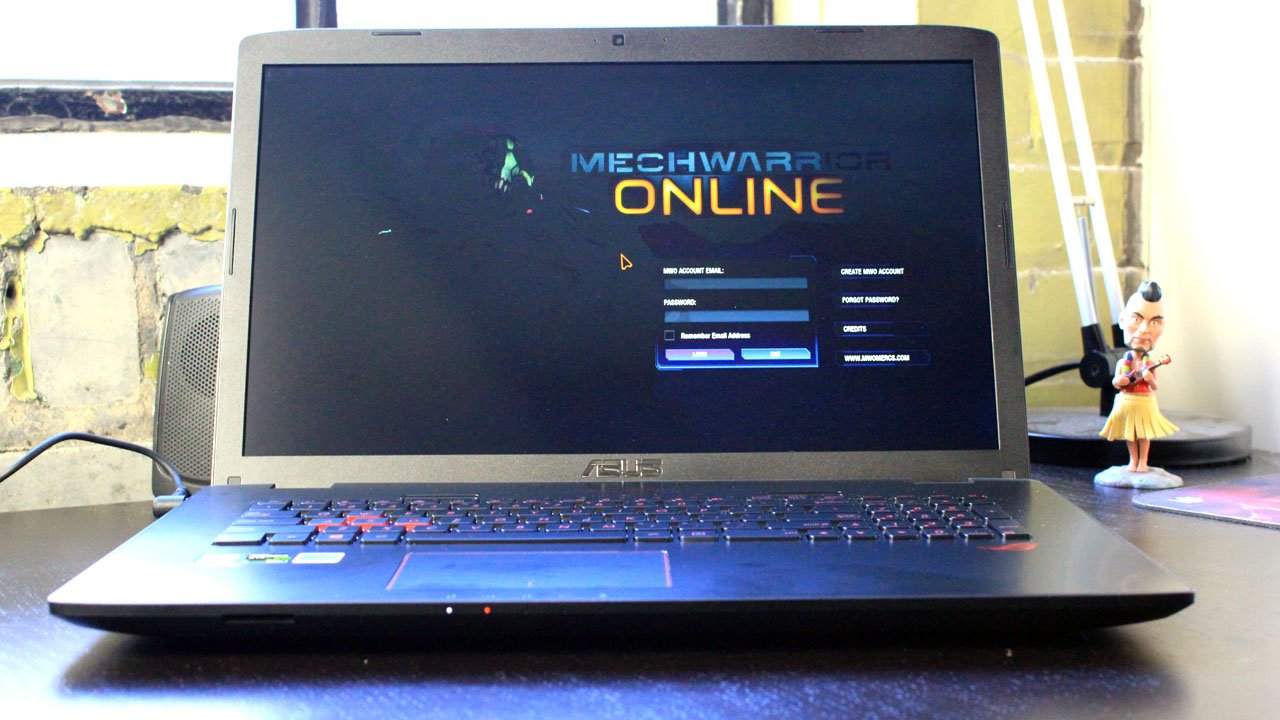 Earlier this year, ASUS launched the startlingly mediocre ROG G771J. When I reviewed it, I felt it was an affront to everything the Republic of Gamers badge stood for. And it wasn’t just me; by and large, consumers and reviewers alike have been underwhelmed by it. While some say that a successful act is a difficult one to follow, I’d argue that a failure from arguably the most trusted brand in gaming is even more difficult. Get it right, and at best it’s a thankless success—get it wrong, though… It’s no surprise, then, that I approached the latest 17 inch, mid-high-end ultrabook GL752VW with a sense of trepidation. I didn’t know if my confidence in ASUS could handle another disappointment on the scale of the G771J.

Sure, irritating little faults persist, such as the insane lightshow that escapes from under the keycaps when the backlighting is on even the lowest setting, but I wouldn’t expect a total physical redesign between then and now. And really, it was that thermal throttling that killed the 771 for me. At first glance, the new i7-6700HQ running at a slightly faster 2.6 GHz, the new GTX 960M, and even slimmer profile wouldn’t inspire confidence in the 752’s ability to handle its heat. But in truth, I never once experienced any throttling in my time with it. And boy, did I make a run of it.

Knowing that heat was the bane of the 771’s performance, I immediately set out to make the new 752 weep. I threw all the same games (and some new ones too) at it, pushing both the CPU and the GPU to their limits, and it never once hiccupped under the stress. Not once. Clearly ASUS maintains a staff of literal wizards, because the thinner form factor and more powerful hardware has no business being more heat-stable. But it was and it is, and you can colour me impressed.

I’m also quite fond of the all-aluminum version that ASUS sent over. The brushed finish is supposed to be styled after the F-22 Raptor—though perhaps that’s best kept quiet as the F-22 was one of the most needlessly over-expensive military projects in history that requires more than forty hours of maintenance for every hour of flight. We’ll look past that, though, and just admit that it’s quite a handsome brute. And brute it is. It shaves nearly a full pound off the 771, but the 752 is still a big, lumbering, 6.6lb, 17.3 inch laptop. I’ve always been a big supporter of clunky, high-powered portable options, but after my experience with the almost dainty Alienware 13 a few months back, I’m not so sure that bigger is always better anymore. But I certainly can’t fault the 752 for targeting a sector of the market that desires a larger option, and to be honest, 6.6lbs is very manageable for the size—especially considering the performance it boasts. And I’d be lying if I said that 17 inch IPS panel was anything but stunning.

It all does come at a bit of a price, though, and oddly for one of my articles, it’s not actually the monetary one. Actually, I find the prices all throughout the range of options to be very reasonable, as long as you shy away from the options with the ludicrously expensive 32GB ram packages. Where the 752 really suffers, though, is—like the 771—in battery life. It’s a never-ending arms race, the one between display size, hardware performance, battery life, and weight. At some point, at least one, and probably even two of those contenders is going to have to bow out to let the other two or three really shine. It’s difficult to really fault ASUS for following their mission statement of no compromise in the pursuit of performance, but it’s probably worth mentioning that when not plugged in and downloading via WIFI, I managed to eat through the majority of a charge while just downloading Mechwarrior Online, let alone even playing it. Of course, it’s a press model, and I don’t know who else has abused it and how badly, but with the incredible performance it boasts, I wouldn’t expected the consumer 752 battery life to be much better. Maybe it’s not so far off from that F-22 after all, then.

If I had to nitpick—and obviously I do—the placement of all the ports towards the front is pretty awkward. It leaves connected devices and cables either in your way, or cutting across your work area, rather than conveniently down the backside of a table. But small annoyances aside, the GL752VW is an incredible piece of kit, and pound for pound, dollar for dollar, I truly believe it can stand toe-to-toe with any other mobile option around at the moment. Most importantly, though, it’s a return to form for ASUS, and it’s absolutely, unquestionably worthy of that prestigious Republic of Gamers badge that it wears.

The GL752VW is an incredible piece of kit, and pound for pound, dollar for dollar, I truly believe it can stand toe-to-toe with any other mobile option around at the moment.