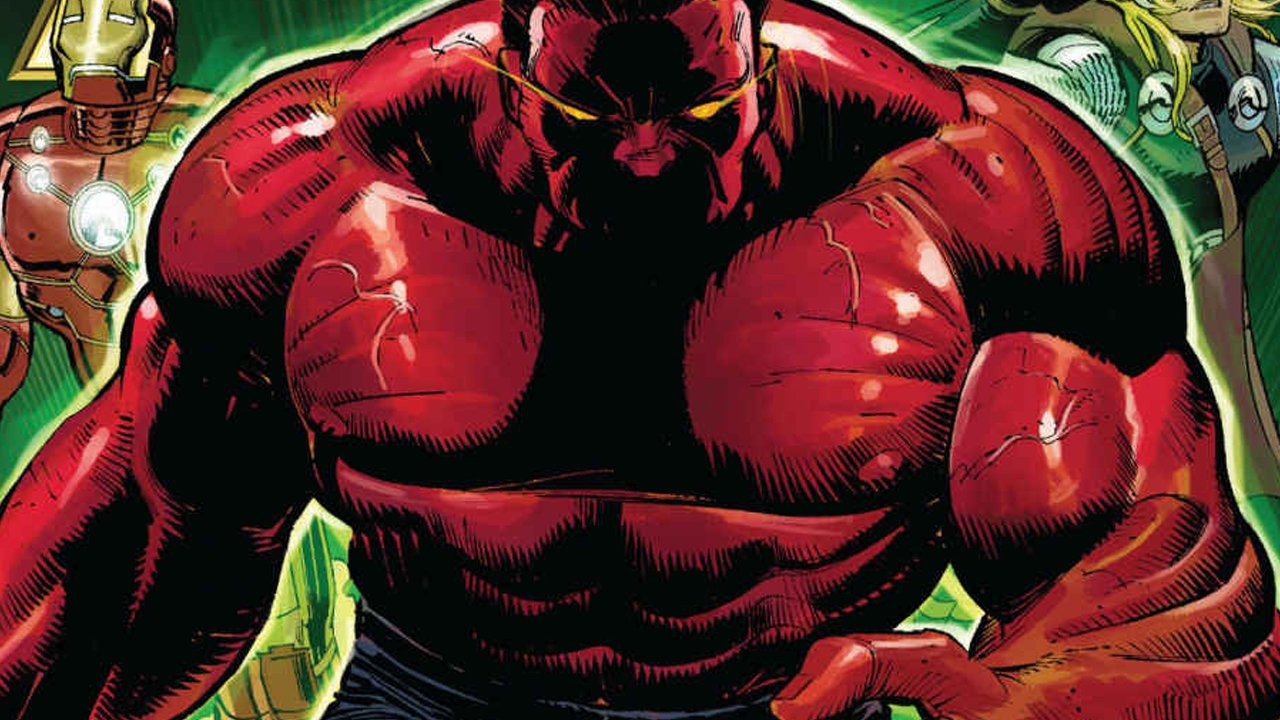 Avengers By Brian Michael Bendis Volume 2 is aptly named, collected issues #7-12 & 12.1 of Avengers, which chronicled the adventures of the Avengers during the Heroic Age which followed the events of Siege.  As is all-too-common in modern comics, despite there being seven issues in this volume, six of them tell one story, with issue #12.1 telling a complete story, which sets up a future story, which as of yet has not yet seen print, but is currently being worked on and prepped by Marvel for release in 2012.

Reading this story in its collected format is quite a different experience from reading it in monthly instalments, and ultimately it’s more enjoyable and fares better as an entertaining story.  The story features the return of The Hood, who, truth-to-tell, is one of my least favourite characters to come from Marvel in the past decade, as he tries to locate and possess the Infinity Gems, which were hidden on Earth by the members of the Illuminati.  The story is a perplexing one for me, in terms of how I responded to different aspects of it.  Seeing the return of the Illuminati, as well as the discovery of their existence by Steve Rogers and the rest of the Avengers, was a nice touch, and something I actually enjoyed a lot.  Considering that much has changed for the members of the Illuminati over the years, with Dr .Strange no longer being the master of the mystic arts, Charles Xavier having lost and gained his powers a bunch of times, and at the time of this story on the outs with the X-Men in general and Cyclops in particular, no longer leading mutantkind, and Black Bolt dead, it actually feels like this was the perfect time to pull back the curtain on the Illuminati for the other heroes to see.  It’s an interesting perspective, because once they were all at the top of their games, on top of their particular areas, and now that’s no longer the case, which makes the fact that they consider themselves important enough to be the Illuminati quite telling, and exploits a natural rift between them and the other heroes.  The Red Hulk makes his first big Avengers-related appearance in this volume, and by the end of the storyline he’s asked to join the team.  Ever since it was finally revealed that General Ross was Red Hulk, the character has been far more interesting to read than in the two years he spent as a mystery, a question mark.  I’m really liking how the different writers who’ve written him since Jeph Loeb have delved into his character, and really fleshed out the differences between him and the typical green Hulk, and highlighted his past as a career military man.

Unfortunately, the villain for this arc is The Hood, a villain that I was hoping we wouldn’t see for a long, long time after Siege concluded.  He’s a character who had a great start in his original mini-series, as he was like the anti-Peter Parker, a guy who found himself in the possession of a mystical cloak with powers and abilities, but who was struggling with typical everyman problems, only he was involved with the shady parts of society, and was on the bad side of the law.  He wasn’t evil, but he was involved in bad things.  But ever since Bendis got a hold of the character, he’s tried making him into something much more than he was, which I respect in some instances, and hate in others.  Him wanting to be the Kingpin of New York is one thing, but suddenly having him have more powers from the cloak thanks to Dormammu was a stretch, as was him suddenly getting his hands on Norn stones, and now he gets to play with the Infinity Gems?  On the bright side, with all the characterization that the Avengers were getting as they reacted to the subterfuge of the Illuminati’s existence, it allowed Bendis to just let the Avengers lay into the Hood and have big fights, which are entertaining, and didn’t rely upon a deeper cause or motivation for the Hood’s actions aside from him being power-hungry, hence his quest for the Infinity Gems.  The end of the storyline was a nice touch, however, once the Hood had been subdued, and started a possible new chapter in the history of the Illuminati, should any writers feel like revisiting the concept in the modern day era (as most of the tales of the Illuminati save for the beginning of Civil War have been set in the past of the Marvel Universe (relative to current continuity)).

The artwork in this storyline is handled by John Romita Jr., an artist who can vary wildly in terms of his artwork on differing projects, based on the timelines, and if he’s rushing or not.  He’s a fantastic artist, but also one with shifting styles based on timelines, who noticeably benefits from not being rushed, and a very distinctive tone to his artwork.  Thankfully, this is some of his stronger material in this volume, as there’s a high level of detail throughout, and it doesn’t slowly ebb and flow as the storyline reaches its conclusion.  I’m not entirely sold on his depiction of the current Iron Man armour, nor Thor’s current look, but otherwise he does a good job portraying the entire cast, which is quite large here, and handles the big wide-screen action moments just as well as some of the quieter, yet emotionally charged and tense moments.  His portrayal of Thor just doesn’t quite feel right, he almost seems too thin, and lacking in substance and body mass, which is strange considering that Romita Jr. is no stranger to the character, having illustrated his book in the late ‘90s.  His portrayal of Iron Man feels stiff and rigid, making the character feel anything but sleek, fast and modern.  The last issue in the collection is illustrated by Bryan Hitch, who does a fantastic job on a story that sets up a future Ultron storyline, which sadly has not yet seen print, been further developed or released, but which should unfold during 2012.

This is a solid Avengers story, despite the relatively one-dimensional villain, because it’s a great action-heavy arc (which is somewhat rare at times for Bendis-written books (Avengers books in particular), with fantastic artwork to match.

A solid Avengers story, despite the relatively one-dimensional villain, because it’s a great action-heavy arc, with fantastic artwork to match.