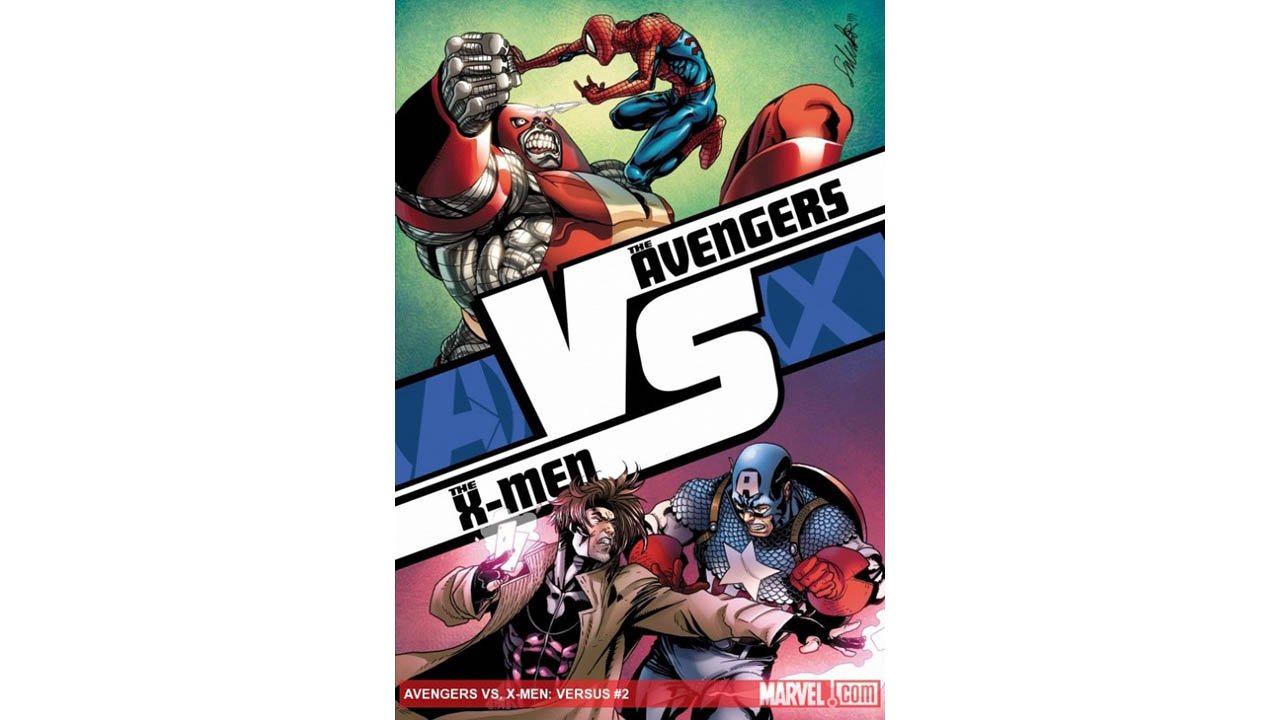 There’s never before been a series that’s so incredibly honest about what it is, and what it is giving the reader.  This book is a spin-off of Avengers versus X-Men, expanding upon fights briefly seen in the pages of that book, showing the entire fight between two said characters.  This issue features two such battles, the first being Captain America versus Gambit, written and illustrated by Steve McNiven, of Civil War fame.  The second fight is between Spider-Man and Colossus, written by Kieron Gillen and illustrated by Salvador Larroca. The recap page itself is actually quite funny, underlining the fact that this is a book without any real plot, only interesting itself with the fisticuffs between the selected characters. There’s an inherent simplicity in that, as well as an honesty, and it’s up the reader’s discretion to decide whether it’s worth $3.99 for two extended fight sequences.  Thankfully, both sequences are a lot of fun to read, with some great action throughout.

The first battle between Captain America and Gambit is more fun to look than read, as the little bit of writing that is in the sequence is fairly pedestrian.  That being said, the artwork by McNiven is fantastic, and no one does a  battle-damaged Captain America quite like McNiven.  The colours by Hollowell are fantastic, and make the characters pop right off the page, as well as the charged up energy utilized by Gambit.
The second fight sequence is by far my favourite of the issue, with Colossus and Spider-Man throwing down while in Latveria.  Colossus doesn’t say a lot during this sequence, but Spider-Man picks up the slack for the both of them, and Gillen absolutely kills it with Spider-Man’s dialogue.  It’s both funny and relevant, as Spider-Man recounts the prior instances he’s fought Juggernaut, and his usual methods for ending the battle relatively unscathed,  plus there’s a brilliant shout-out to Roger Stern, who wrote the classic Spider-Man/Juggernaut battle from Amazing Spider-Man #229.  Larroca does a fantastic job on the artwork, and I must say that if it weren’t for the credits, I wouldn’t have realized that it was Larroca at all.  Larroca’s style has changed considerably over the years, and is a very stylized version of his traditional style over in Invincible Iron Man, so seeing his artwork here was a breath of fresh air, as his art on Iron Man has become a bit tired and stale over the last couple years.

This is a very enjoyablre issue, set during the events of Avengers versus X-Men #4, and has some great artwork, and a fantastic bit of scripting during the Spider-Man/Colossus fight by Gillen.  The issue gives the reader exactly what it promises, and it’s a damn fun time reading it.  Recommended!

This book is a spin-off of Avengers versus X-Men, expanding upon fights briefly seen in the pages of that book, showing the entire fight between two said characters.