Baba is You (Switch) Review 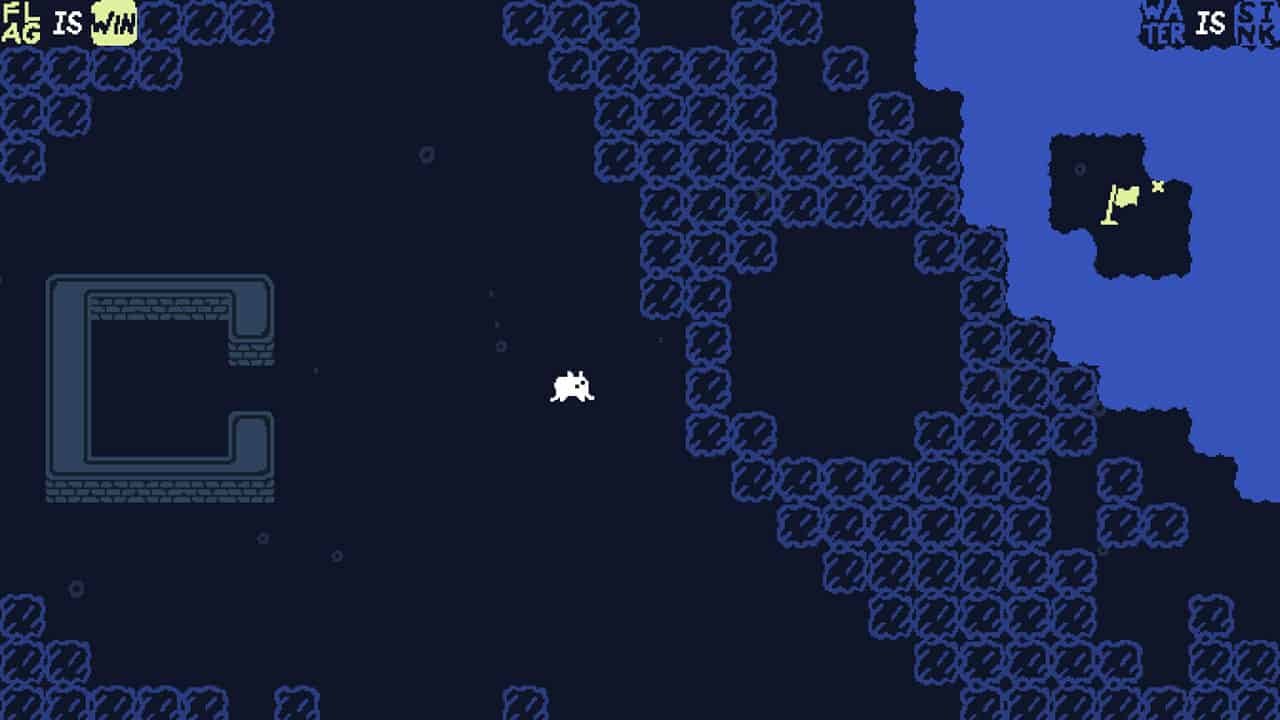 Baba is You is a puzzle game about rules. About changing them. Don’t want to be the cute bunny character you started the level off as? Change it. Don’t want touching the flag to be the victory condition? How about winning for touching the wall? With the game’s rules left lying as words and symbols you can push or pull, it’ll be up to you how you want to play, which can result in some silly, intriguing puzzle solutions.

Baba is You turns its own rules into the puzzle mechanic, rather than have you figure out puzzles using mechanics. Each short, puzzling stage will have its rules written out throughout the stage, like ROCK IS PUSH or WALL IS STOP, telling you exactly what you can and cannot interact with in order to complete a stage. That said, all of those words can be moved around and reordered on the map, allowing you to alter the rules of the game. If you change things to WALL IS PUSH, for example, you’ll suddenly be able to shove all of those pesky walls out of your way.

This doesn’t sound like much, but the effect it has on a video game puzzle environment is incredible. Things like walls and locked doors, which may initially seem like immovable barricades, become minor nuisances if you’re able to shuffle some words around. Maybe you just straight up alter the victory conditions into WALL IS WIN, walking into any brick wall to complete a level.

It can feel almost strange at first. Years of video games have left me thinking that a wall is an impassable barrier for the duration of the stage. A locked door can ONLY be dealt with using a key. Baba is You gets you to adopt a more fluid sense of the world’s fixtures and meanings, forcing you to look at problems in some unique ways. The scope of the solutions you can come up with will soon grow once you realize the whole game can be changed, resulting in an almost-overwhelming sense of possibility. It’ll often leave you laughing at the ridiculous solutions you come up with as well.

That said, if you could change the win conditions into something dumb every level, there would be little actual puzzle solving going on. Baba is You, therefore, puts some rules in places you cannot change them in its levels, adding challenge by keeping you from ‘cheating’. Maybe the victory condition can’t be changed or the grass is always lethal, but the game forces certain rules to become immutable so that players are forced to be creative about how they solve the level.

This feels annoyingly limiting at first when you’re caught up in making up silly puzzle solutions, but it works well in making you get creative with the solutions. At one point, the victory condition was behind some dangerous grasses, and I couldn’t alter the grass or what made me win. It seemed that it couldn’t be solved at first, but after making WALL IS MOVE with some word shuffling, I could push some walls inside the grass barrier. After that, changing BABA IS YOU to WALL IS YOU had me walking an entire section of wall onto the goal flag. It was hilarious and devious all at once.

There are dozens of stages of these kinds of challenges in store for you as well. The game continually sets up stages filled with unchanging rules and a handful you can fiddle with, asking you to figure out how to move the level fixtures and rule words around to solve them. Many of these will leave you scratching your head for some time (or at least, I was.)

Not that all of the word mixtures are as simple as WALL IS STOP, though. You’ll soon have to deal with floating objects, heat, drowning, poofing, safe items, and even the word AND (which allows you to combine a few rulesets), all of which let you shuffle the level around in various ways. Baba is You adds many of these rule words as you play, allowing you to change the level in fun ways.

Mistakes will naturally happen often with this kind of puzzle game, but with all of these varied systems in place, messing up is as fun as getting it right. Accidentally turning Baba into a brick wall, boiling yourself alive with hedges, or drowning in keys because you’ve done too much fiddling makes for some laughable moments, adding entertainment even when you lose. The rules are just plain fun to mess with whether you succeed or not.

Still, you have to get it right eventually. Luckily, undoing your mistakes is a snap. A button press will undo your last move, all the way back to the start of the level, so you can fix any error in a hurry. This encourages you to play around as much as you like, and even if you get your poor bunny killed in some way, a tap of that button brings you right back to the move before. There’s no downside to failing or goofing up, so just keep right on playing with the rules until you find out what works.

Baba is You’s visual style and music encourages you to play around as well. It’s just the right level of simplistic, yet charming, giving the game and lighthearted feel. Not that you’ll always feel cheery about some of its challenges, but that cute look works wonders for keeping you in a mindset for creativity. Its music is also quite soothing, helping for those moments when you cannot wrap your head around what the game wants you to change.

Baba is You is a delightful puzzle game filled with absurd solutions and situations, asking players to discard what they think they know about games to solve them. Its fluid ruleset makes for some complex solutions for players to find, and its playful nature draws a wonderful creativity from its players.

Baba is You is a delightful puzzle game filled with absurd solutions and situations, asking players to discard what they think they know about games to solve them. 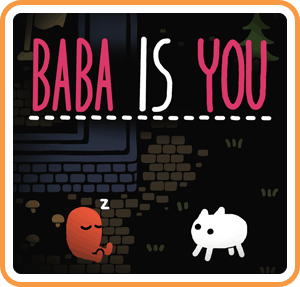