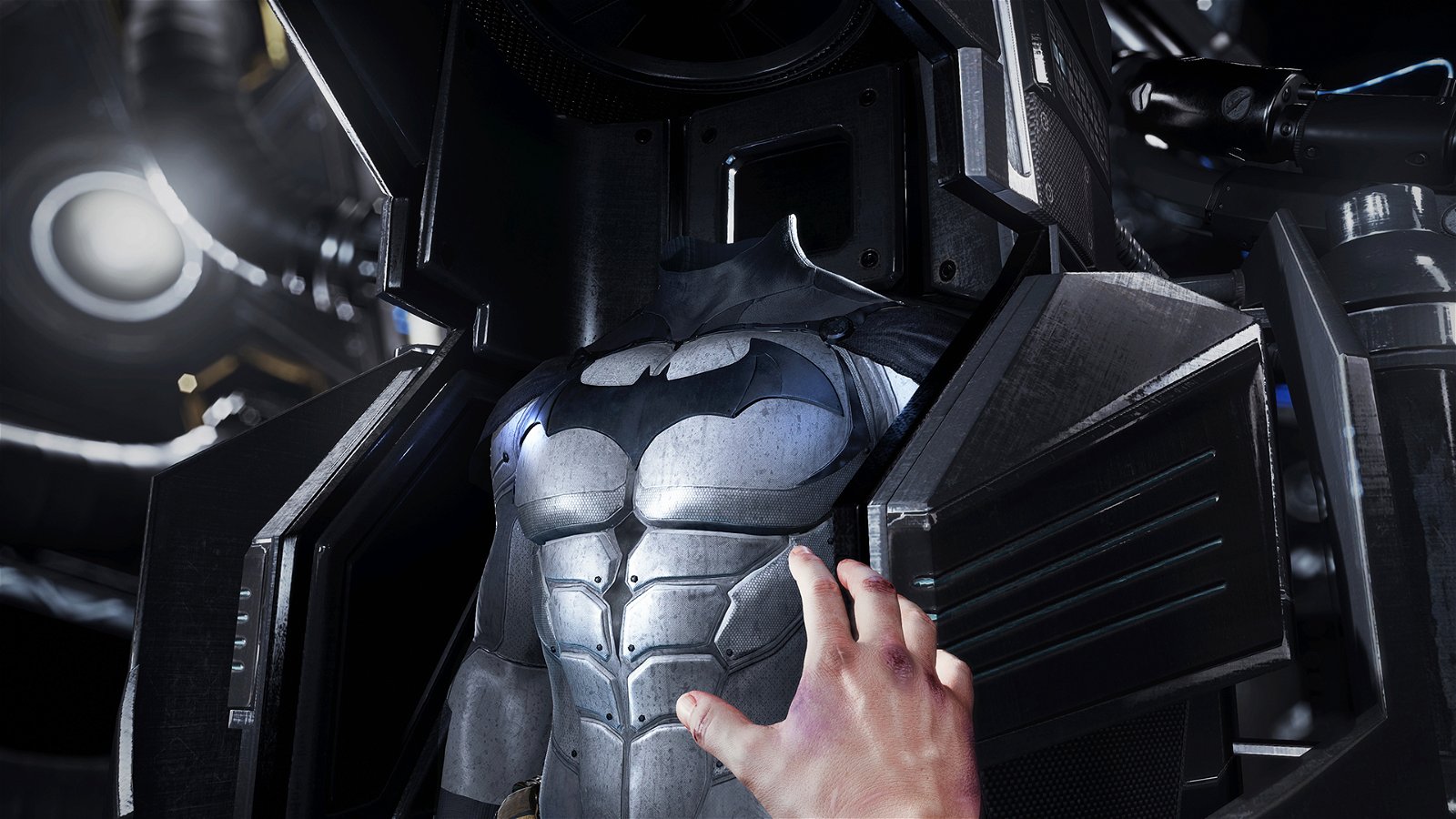 Many believe now that virtual reality is here, it will only be a flash in the pan. It will come quickly and leave just as fast, leaving the peripherals to rot on the shelf. But there’s one thing that will never be yesterday’s news – Batman. Decades come and go, but Batman will always been a steady constant. And now, he’s bridged into VR with Batman: Arkham VR.

Batman: Arkham VR allows the player to take on the role as the Dark Knight. Yes, in past Rocksteady Arkham games players have assumed the role as Batman, but this time you ARE Batman, thanks to virtual reality. As in, “omg, I’m legit Batman.”

The story is short, but intriguing, with the added bonus of Riddler trophies upon completing a playthrough, encouraging replayability. Players will spend their time piecing together the clues of Nightwing’s untimely demise and the current Robin’s disappearance. It’s simple to solve because the gameplay isn’t overly involved.

Gameplay entirely revolves around detective work. Batman has all the gadgets to be the best detective. Players start off in Wayne Manor, giving them a chance to glimpse into Bruce Wayne’s life. It’s bright and fancy, exactly what you would expect of a playboy billionaire. From the above ground luxury, we move to the dark Batcave. Here players can use all of Batman’s technology to learn more about the case and the world in general. For series fans, the chance to somewhat wander the Batcave is priceless. Look around, explore, interact – players will really feel like they are in the Batcave. Players do not walk in Batman: Arkham VR. Movement is achieved via teleporting from spot to spot. Just look to the interactive point you wish to teleport to and push the button on the Move controller. This will allow players who suffer from motion sickness to play without encountering a queasy tummy. There are parts of the game where the environment will move around the player, which gives players a more immersive experience.

Batman: Arkham VR totally immersed me as Batman. Standing on rooftops, gazing upon the landscape of Gotham City and even while snooping around a cold, creepy morgue. While past Batman games have allowed players to control Batman, this one allows players to feel as if they’re the ones in the suit. If I wanted a Batarang I had to physical reach for one on my belt and throw it, as if I were actually throwing it. I speak so much about the experience because the experience is the gameplay. Other than doing some minor forensic scanning, and moving items around, most of the game is just living out the fantasy of being the Caped Crusader. Players will only really use three gadgets to help them solve the case. A scanner that not only will help to recreate crime scenes but allows Batman to scan corpses for clues. Batarangs, which allow players to reach objects beyond the scope of the PlayStation VR area and the Grapple hook to, well, grapple.

The visuals are impressive. Players are able to pick up clipboards and read them as if it were real life. The environments felt reminiscent of the dark and gritty world of the comics. The scenes felt fully fleshed out physically, as if I could walk around them like real life. Players will feel fully immersed in the Rocksteady Arkham world. I found myself admiring my handsome, chiseled face in reflective surfaces. I mean, how often am I going to be lurking in the body of a billionaire playboy? Batman: Arkham VR is really proving how far home console technology has come and what the industry is capable of. The only thing that pulled me out of the experience was the lack of arms. Last time I checked Batman has arms, not just disembodied hands floating about.

I did run into technical issues a few times that required me to re-calibrate the PlayStation VR. I would jump a few inches here or there when I myself was standing perfectly still. As well on occasion it had a difficult time reading where my hands where which made interacting with a few objects rather difficult. I cannot say if this in fact a problem with Batman: Arkham VR or my particular PlayStation VR living room setup.

Batman: Arkham VR is a jump forward in gaming. Now the industry is only a hop, skip and a jump away from letting the players take on the superhero role fully with fighting and flying. I recommend this to any Batman fan who has the chance to play it.

When previewing Arkham VR, a WB representative told me that it was one heck of a VR experience to start with. Man, he wasn’t lying.

Batman: Arkham VR is a jump forward in gaming. 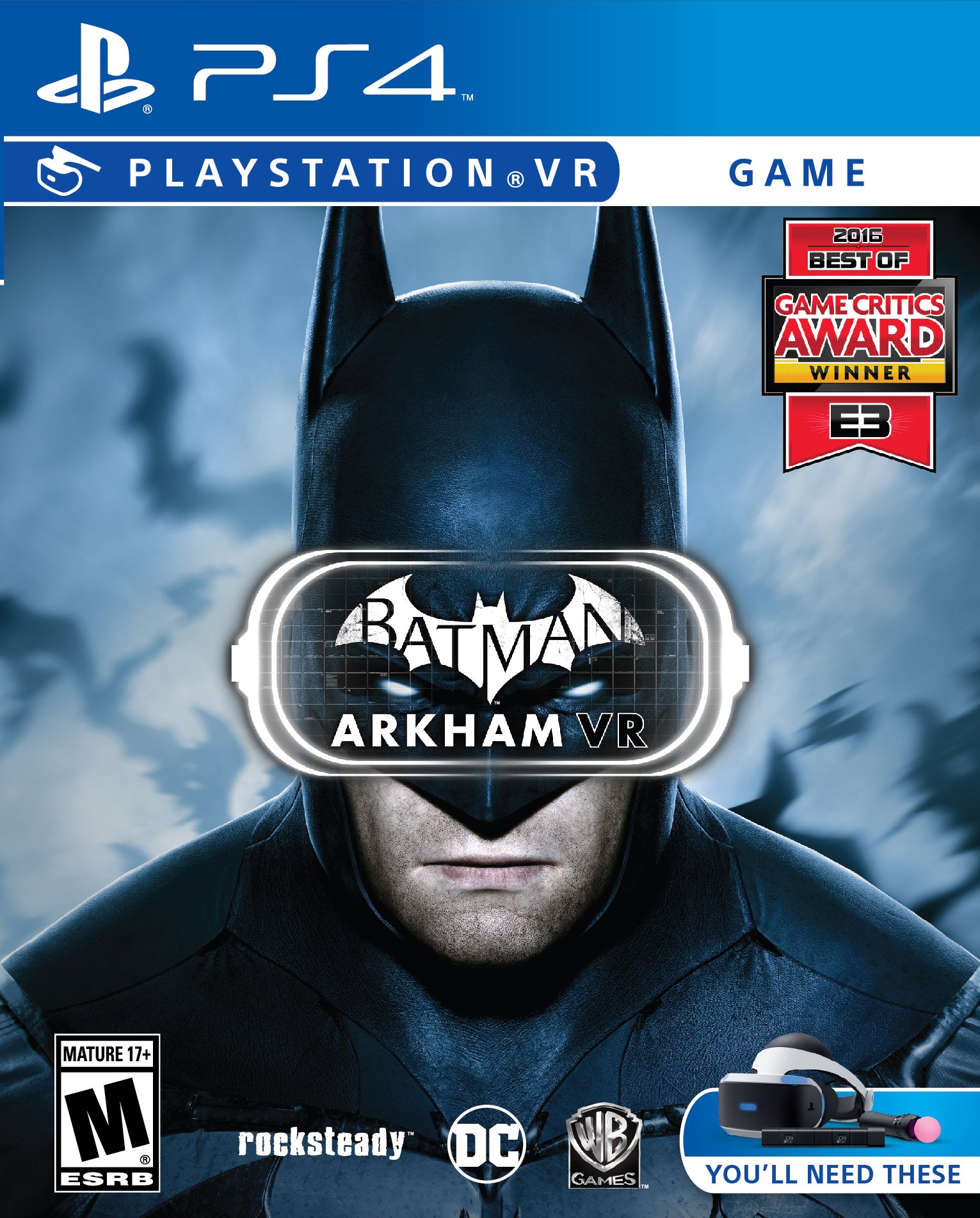