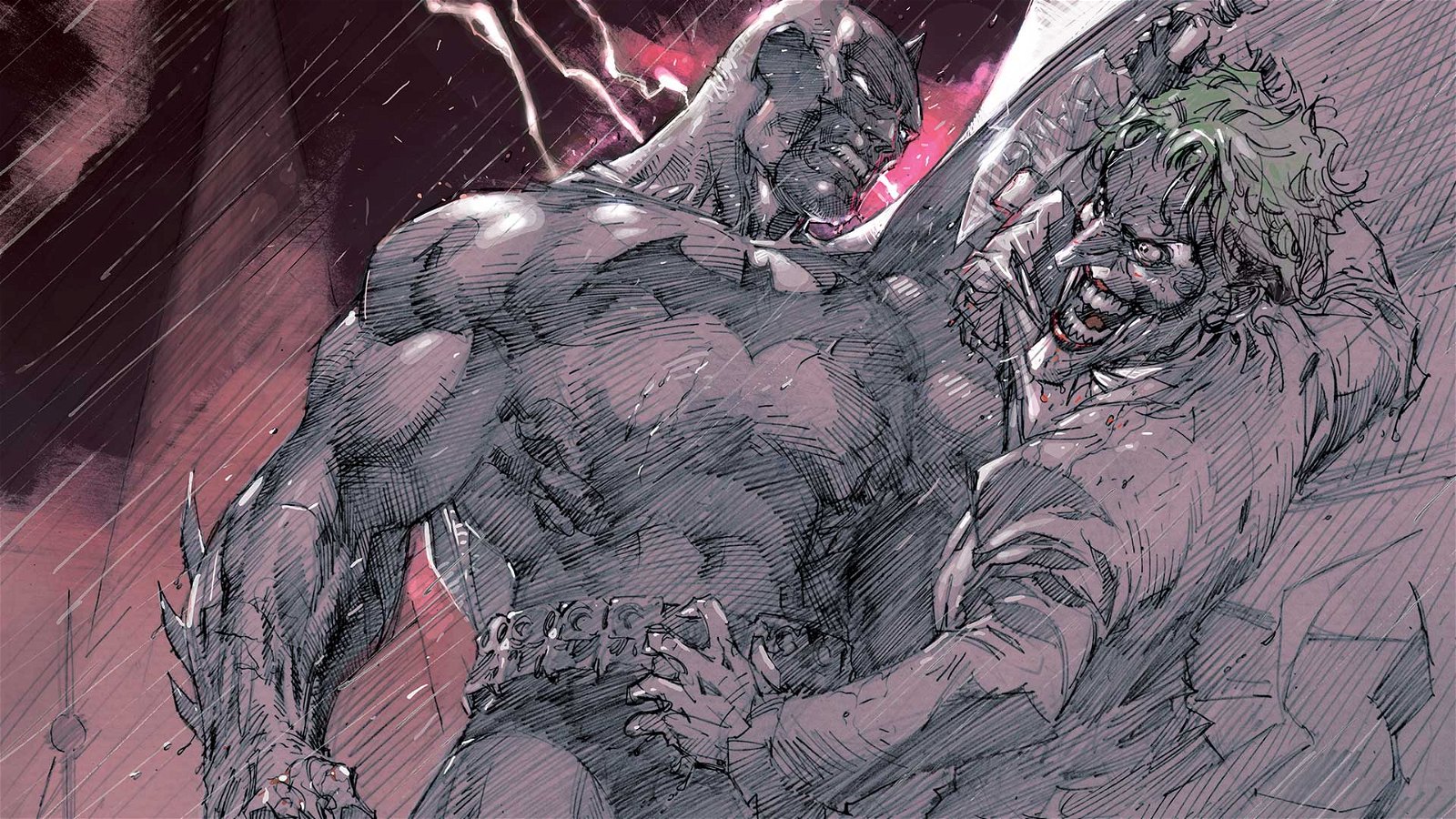 Batman Europa, the four-issue mini-series DC announced over a decade ago, finally released. Unfortunately, readers are much better off reading something else.

The story is mind numbingly simple; Batman and the Joker get infected by a virus called “Colossus” that can kill the two archenemies in a week’s time. Each of them has different information on who infected them, forcing the two to team up in order to solve the mystery and find an antidote. The clues lead the unlikely duo to history rich cities within Europe, specifically Berlin, Prague, Paris and Rome. The mastermind reveals himself in Rome’s coliseum; Batman beats him up and discovers the antidote, everyone lives happily ever after, the end.

There’s just nothing memorable of Batman Europa’s story. I appreciate the mastermind is an underused character that surprised me when he was revealed, but his motivations for setting Batman and Joker on this whole journey make no sense and he even gives away what the antidote is during the final battle. Batman and Joker would have died from the virus if he just shut his mouth and stopped monologuing about symbolism and Batman’s relationship to Joker like a dumb oaf.

The only redeeming part of this comic is the art. I love that it highlights so many cultures of artistry, bringing in a French comic artist for the Paris issue, a Spanish artist for the Prague issue etc. This kind of approach makes the art feel more personal to the setting because it’s that artist’s representation of one of their countries most famous cities. The colours and art start to muddy and blur as the story goes on, which I believe is supposed to represent how the virus infecting Batman and Joker affected them as their conditions worsen. It’s a cool effect that goes on through the story and it felt like it fit with each artist’s unique style. However, speech bubbles and text ruin this otherwise great looking artbook of Batman’s adventures through Europe.

Comics need a happy medium of story and art; the two need to compliment each other to make something fantastic. If the story is not worth telling at all then it should not be sold on a stand because not even the most beautiful art can carry it. Batman Europa is not worth any comic book readers hard earned money and should have just stayed locked away in DC’s vault.

Final Thoughts
This should have stayed in DC’s vault forever. I’d actually prefer an artbook to this mess.
More From CGMagazine