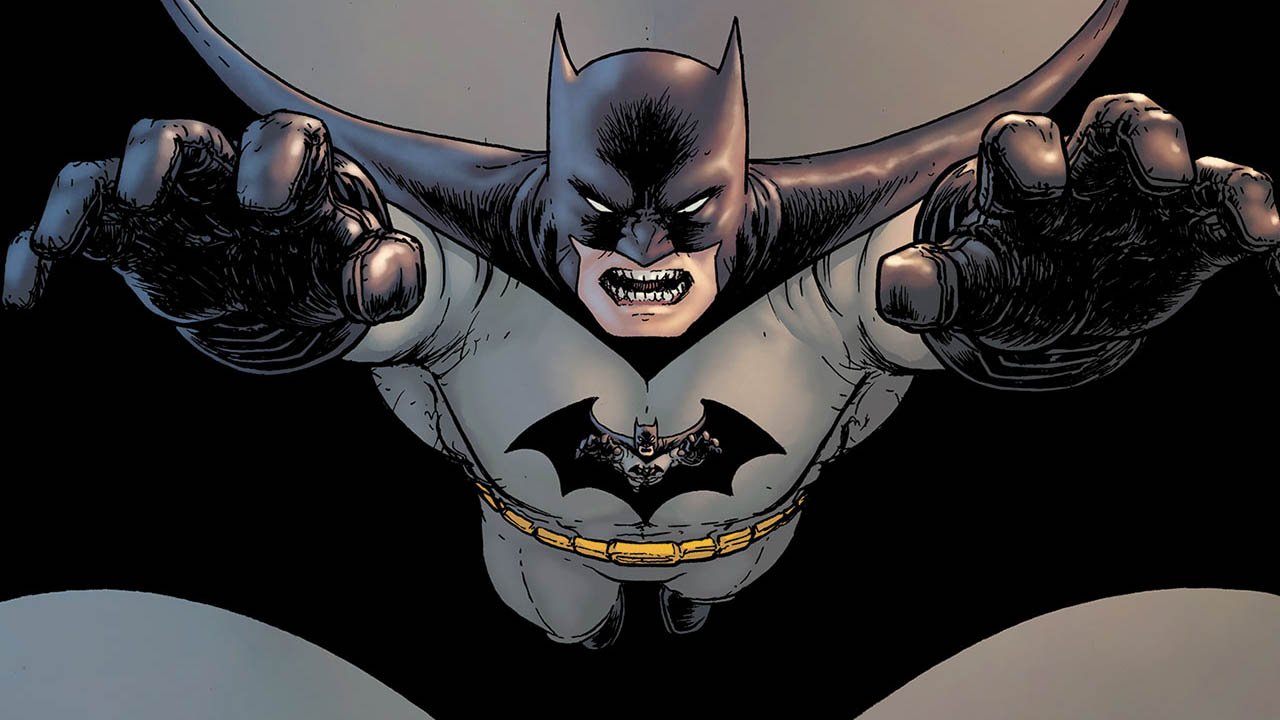 After seven years of brilliantly mind-bending work on the caped crusader, this fall marked the end of Grant Morrison’s Batman run. It was a stunning, trippy journey that I’ve written about in detail on this site before. However, the final piece of the DC’s Batman/Grant Morrison legacy was just released in this last Batman Incorporated trade paperback, collecting the final seven issues of Morrison’s run along with a two non-Morrison issues wrapping up the series (well, it’ll be the end until DC releases the inevitable back breaking Grant Morrison Batman Omnibus anyways). It’s a curious trade to read in isolation as it thrusts viewers into the middle of a climax 7 years in the making and would be damn near impossible for any first time reader to pick up and read with any reaction beyond intense confusion. But let’s face it, this release is for fans, and it was one hell of a satisfying finale to one of the strangest and most epic Batman stories ever told.

Summarizing the plot of everything that came before this finale would be pointless. So, I’m not even going to try, and a full-on SPOILER WARNING (all caps) is in effect. Our story kicks off at the inevitable low point before Batman’s final triumphant victory. Talia Al Ghul has finally revealed herself to be the head of Leviathan and has effectively defeated Batman and his international team of Batmen in one swift attack. All that’s left is the final push. First with the harsh, yet inevitable death of the loathed and loved Damien Wayne, then with Batman’s triumphant manbat juice enhanced final assault and Morrison’s final statement on the character. It’s an emotionally intense and action packed ride weaved together as only Morrison can. All the threads dangling in his epic narrative come to a conclusion, and in the end Morrison happily hands the legendary superhero off to Scott Snyder and others to use as they wish.

Some folks were let down by this ending to Morrison’s Bat-epic, and it’s easy to see why. Morrison has never been an author fond of spoon-feeding his audience, nor does he tend to conform to current comic book trends. Though the tale is as dark and shadowy as any Gotham City adventure should be, it’s also an acid trip fantasy that reclaims the strangest forgotten aspects of Batman’s career. The goal of Morrison’s run was to incorporate everything from Batman’s long comic book history into a single story. Over the course of seven years, Morrison created a tale that presented a Batman who could have started in Frank Miller’s Year One, but also engaged in all the weirdo science fiction stories of the 50s and the giant prop pop art adventures of the Adam West era. The guy even found a psychologically compelling use of Bat-Mite for Gods sakes! By the time Batman Incorporated came along, the title had a double meaning. Not only did it refer to the name of Batman’s international crime-fighting campaign, but also the nature of the character who was at this point in the story a compilation of every Batman ever created.

So, this narrative is dark and twisted, but also surreal and goofy. Humor, adventure, dread, and despair mix to form a unique Bat-cocktail of Morrison’s making. Aided immeasurably by the exaggerated yet gritty art style of Chris Burnham, it’s a Bat-book that looks like no other. Had Morrison delivered this style of story at the start of his Bat-tenure, it would have felt bizarre and out of place. Coming at the end, it feels somewhat perfect and a fond farewell. The death of Damien is of course a stunning and disturbing moment that echoes the death of Jason Todd’s death in the same way that Morrison echoed countless events in Batman’s past throughout his run. It’s the emotional peak of this collection, followed by an action-centric assault on Talia that wraps up all the narrative loose ends and a glorious final issue that offers Morrison’s final statement on everyone’s favorite rodent-loving vigilante. In the end, comics scholar Grant Morrison didn’t deliver a grandiose statement on the nature of Batman like no one had seen before, but instead dedicated his final issue to the ephemeral and legendary nature of the character. His final statement was essentially that there is no final statement to be made. Batman is bigger than any single writer. He is a cultural icon that will continue as long as comic books exist and is all the more powerful for it. Some readers found this ending disappointing and I can see why. However, it’s ultimately the only possible ending for Morrison’s ultimate Batman tale. His point from the start was to incorporate all of Batman’s history into a single story, and so it’s only fitting that he end it all with a passing of the torch (including a couple direct references to Scott Snyder’s current Zero Year run) so that his tale can include all future iterations of Batman as well. It’s simple, yet complex and all Morrison.

The trade also includes two additional Batman Incorporated issues. One about the Japanese Batman written by artist Chris Burnham to give him more time to draw the final issues, and the Batman Incorporated annual featuring short stories dedicated to all the Batman-style side characters Morrison created (yes, including Bat-Cow… and it’s the best story of the bunch). Ultimately, these stories are afterthoughts that prove there’s no need for the characters’ adventures to continue without the guiding hand of Morrison. The author created all the international Batmen as thought experiments to explore aspects of Batman as part of his overall examination of the superhero. The characters were never meant to stand on their own, and while there is certainly fun to be had in these side stories, they ultimately prove that DC made the right decision to cancel the series after Morrison’s departure. It’s nice that these issues were included for the sake comic book completists (of which there are many). However, you’ll buy this book to wrap up Morrison’s overall Batman narrative, not out of Batman Inc fandom. It’s certainly a must-own for any true Bat- aficionado, but only those who have read and/or collected Morrison’s complete run up to this point. If you haven’t sampled Morrison’s Batman run yet, I can’t recommend it enough, and I’m deeply jealous that you get to experience it for the first time. For me, the journey is officially over. Sniff, Sniff… it’s tough. Morrison, we’ll miss you in the Batcave, but look forward to whatever mind-bending comic book adventures you plan to take us on next.

The author created all the international Batmen as thought experiments to explore aspects of Batman as part of his overall examination of the superhero.