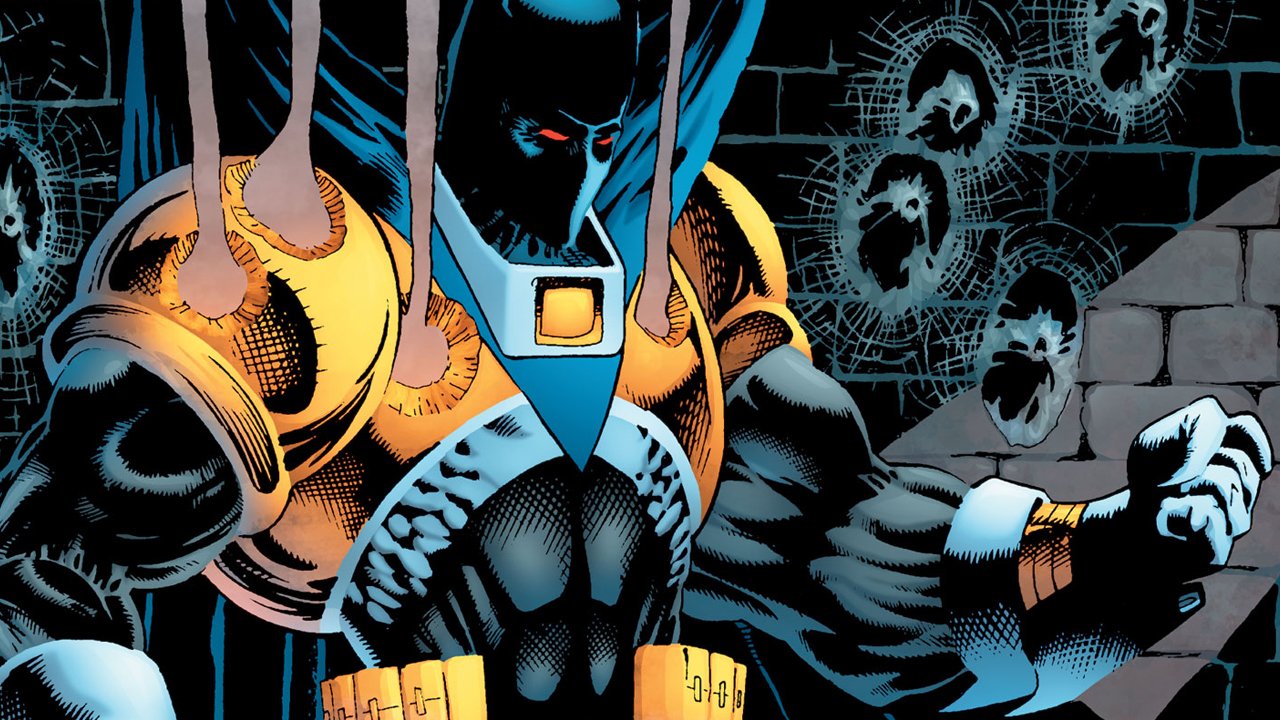 With Dark Knight Rises coming out next month, it made sense that DC Comics reprinted Bane’s first and most notable appearance in their Batman: Knightfall Volume 1 collection in early May.  That being said, it’s interesting that they have now continued what they started, and published this new collection, collecting the next stage in that storyline, Knightquest.  This is the first time that DC Comics has ever actually reprinted these particular stories, because in their previous efforts collecting Knightfall they collected the entirety of that storyline, skipped Knightquest and then went straight on to Knightsend, where the trilogy ended.  Although Knightquest: The Crusade  is reprinted here, it’s interesting to note that Knightquest: The Search remains out-of-print, which is quite curious.  Looking forwards to the next volume in this storyline, Batman: Knightsend, it would appear that collection will not only contain Knightsend but also Batman: Prodigal, a storyline that came out right afterwards, as Dick Grayson took on the Batman cowl for a short period time (and not the last time either).   Because Knightsend: The Search isn’t included, the circumstances which lead to Bruce Wayne’s back benig healed, as well as finding the location of Tim Drake’s father, remain a mystery to readers of this collection who haven’t sought out those particular single issues.

With all due respect to the writers and artists who worked on the Batman titles at this point in time, it’s clear after reading through this volume that there was a reason this material wasn’t reprinted before now.  The stories aren’t really all that memorable here, as the character of Jean-Paul Valley very quickly goes absolutely nuts, certifiably insane.  Putting the issues here in the proper historical context is important, in order to understand what the writer were trying to do here with the character.  Jean Paul-Valley, as introduced, was a young man with a tremendous demon within him, as he was raised to be the next Azrael.  He was a well-meaning person, but had been inundated his entire life with “the system”, which programmed him to be a killer, to carry out the edicts of his life as Azrael.  Donning the mantle of the Bat was a big divergence for the character, and yet the way in which he’s written here doesn’t really do justice to how conflicted he really would have been, as it instead pushes the throttle down on getting him into sheer lunacy territory right away.  The closing chapters of Knightfall definitely started this trend, but at least there it made sense because Jean-Paul was taking on the mantle of the Bat, which was stressful, and was trying to take down Bane, the only man who successfully broke the original Batman, Bruce Wayne.  The writers rarely write Jean-Paul as a full character in and of himself, as he’s simply written as Batman, going over the deep end, utilizing Bruce Wayne’s technology, headquarters and relationships, and doing his own thing.  Reading this collection in particular, it’s hard to believe that the character ever became usable again on his own, because he’s written as such a cipher here, a crazy lunatic who’s only getting crazier.  Historically, the reason for this change to occur in the book was to show that although grimm and gritty was becoming the way of things at the main comic publishers, Batman was special because although he was dark and violent, he had an ethical code, and eschewed the grimm and gritty character traits that were becoming so popular.  So that better way to demonstrate the difference than to have the man who is Batman become as much of a sociopath as the villains he fights.

It doesn’t help that period of Bat-history includes some of the worst villains I’ve ever seen, lacking in personality or style, with some truly horrendous visuals.  Thankfully this collection does feature an enjoyable Joker appearance, but otherwise it’s got a lot of lame new characters and dime-a-dozen criminals, none of which have a real lasting impact on the story. The end of the collection shows Bruce Wayne show up, which lacks resonance as he isn’t seen anywhere else in this collection, with no mention being made of how his spine is healed.

The artwork is all over the place in this collection, similar to how it was in the first collection, but a little bit worse.  Jim Aparo is nowhere to be found, and although his take on the character was a little bit old-school, it was strong and identifiable.  Graham Nolan takes home the prize for best artwork in this collection, as he was the monthly artist on Detective Comics at this time. Tom Grummett pencils a great issue of Robin which is included at the end of the collection.

This collection is a fantastic deal considering how many comics you’re getting collected in one volume for a fairly low price, but the quality isn’t the highest in terms of other Batman collections that are available.  The book is historically significant, and collects issues that have never before been collected, but that doesn’t say much about the actual quality of the issues included here.  I’m looking forward to the next collection, as the storyline in Knightsend was much stronger, and had a greater sense of purpose to it, with Prodigal simply being a fun story.  If you’re looking for a high-quality collection of Batman stories, you’ve taken a bad detour, as this isn’t the book you’ve been looking for.

If you’re looking for a high-quality collection of Batman stories, you’ve taken a bad detour, as this isn’t the book you’ve been looking for.