Batman: The Long Halloween Part One 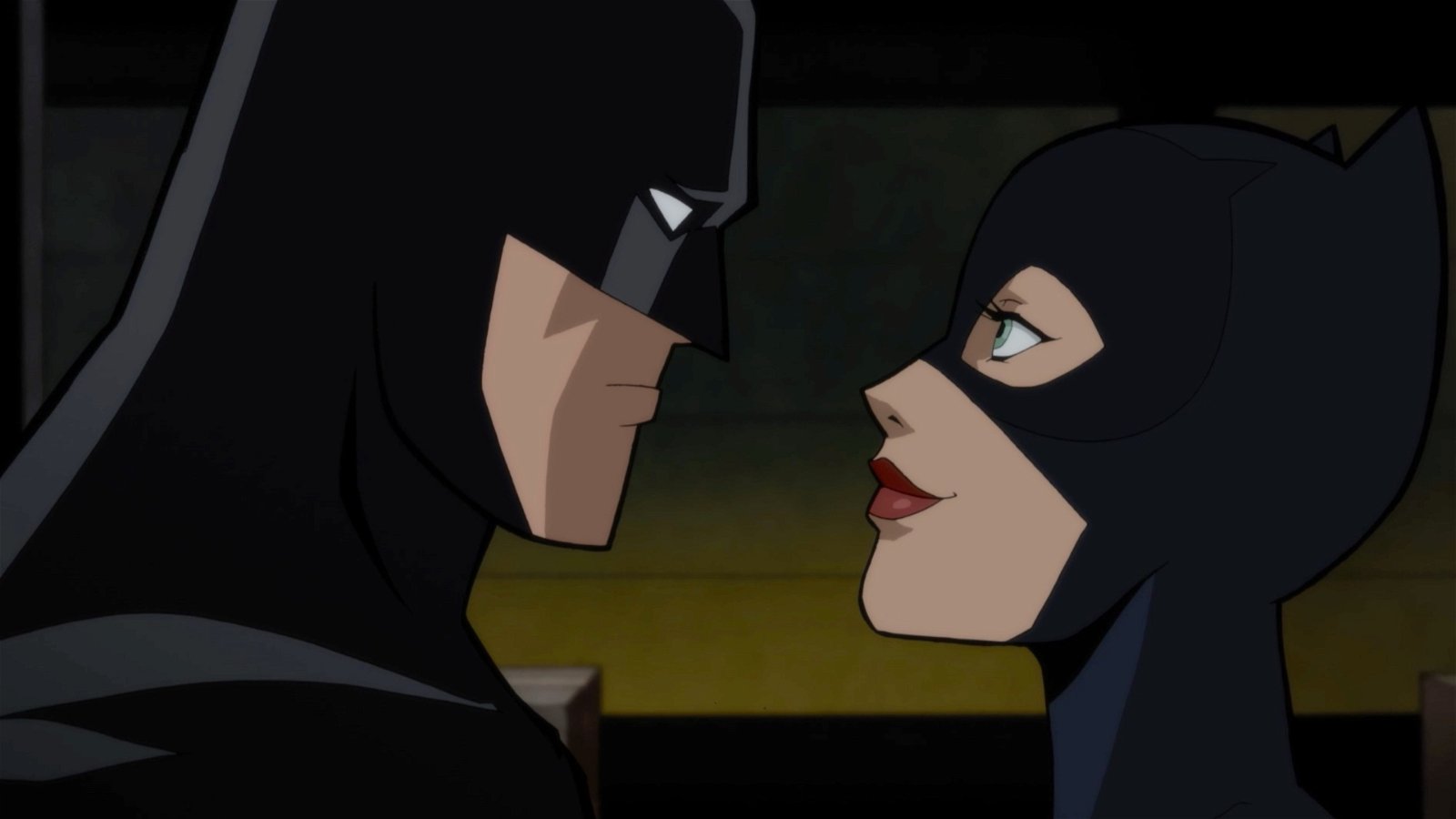 Times like in the renowned comic, Batman: The Long Halloween.

Warner Bros. Home Entertainment (and DC Animation) have a mostly stellar track record adapting comic book faves for the small screen. Now, for many of us toe tapping fans waiting to exhale, comes Batman: The Long Halloween Part One, the first chunk of the adaptation of Jeph Loeb and Tim Sale’s beloved comic.

Gotham city is home to all kinds: killer clowns, vigilantes in bat suits, and the Maroni and Falcone crime families. When a key person of interest is killed on Halloween night, Batman (Jensen Ackles) and Commissioner Gordon (Billy Burke) team up with District Attorney, Harvey Dent (Josh Duhamel) to consider if the incident is related to the reigning crime families. As the trio sets off hoping to apprehend the leaders of the syndicate, more and more bodies start to pile up, each on a different holiday.

Now, the crime fighters aren’t just up against the organized criminals of Gotham City, but a serial murderer referred to as the Holiday killer. Desperate, the cape crusader plows through Gotham, visiting old foes for assistance as if he were Clarice Starling turning to Hannibal Lecter. After prying Calendar Man (David Dastmalchian of the upcoming Suicide Squad), he discovers Joker (Troy Baker) has escaped Arkham Asylum, and he realizes he’s racing against both the clock and the Clown Prince to get to Holiday.

The first half of this adaptation stays true to form of the comic book. We certainly can’t predict the twist ending payoff of the second half, but this part of the story has done well enough to lead us there. The source material is dense and filled with a massive cast of characters, so many that the story reintroduces them all on every page.

But this take, by director Chris Palmer and screenwriter Tim Sheridan, culls the story just enough to keep it easy to follow. They opt to focus in on the relationship with Alberto (Jack Quaid) and his relationships with his blood relatives, instead of spending time with the extended family. It is a welcome change, giving enough gusto to the red herrings that keep this story alive while the family members die.

Aside from the minor story changes, the coolest contrast to the comics is the animation style. This is much more reminiscent of the animation seen in other small screen adaptations, but it still takes time to wink at the comics. Catwoman, for instance, sheds her purple comic suit for a black one, but Joker shows up in an outfit distinctly like the one in the book which makes for a gorgeous bridge between the to mediums.

"All in all, the slimmed down version of this beautiful crime drama manifests as a wicked entry into the Batman animated catalogue."

The voice acting is absolutely stellar and does so much of the heavy lifting. The late Naya Rivera, to whom the flick is dedicated, is smooth as velvet at Selina Kyle/Catwoman and Ackles is a great as the gritty hero (we can’t wait to see what he does as Soldier Boy in The Boys). Quaid, who has dominated almost every major IP as of late, brings the voice acting he is slowly becoming known for to add flavour to Alberto.

All in all, the slimmed down version of this beautiful crime drama manifests as a wicked entry into the Batman animated catalogue. Fans of the comics will be happy with what is on screen, and those new to the story will have a blast with this take on the tale. As for the ending, we’ll have to standby for Part Two.

Those who grab the Blu-ray will be treated to the killer extras Warner Bros. has been slapping onto their newest animated releases. This one is stuffed, coming complete with episodes of Batman: The Animated Series including (my personal) favourite, Christmas with the Joker. Along with the other bonus material is the newest DC Showcase instalment, The Losers, which sends the gang to a Jurassic World of sorts. These little tidbits always make the Blu-ray more worth the price of entry, especially as TAS media becomes all the more fleeting.

So, grab your jack-o-lanterns and your pistols, gang, and suit up for a year of kills that drop the bodies on your favourite spots on the calendar.

Final Thoughts
Finally, the epic crime drama, Batman: The Long Halloween Part One, has been adapted for the small screen. The caped crusader is being bested by a threat as deadly as his greatest foes: The Holiday Killer.
More From CGMagazine 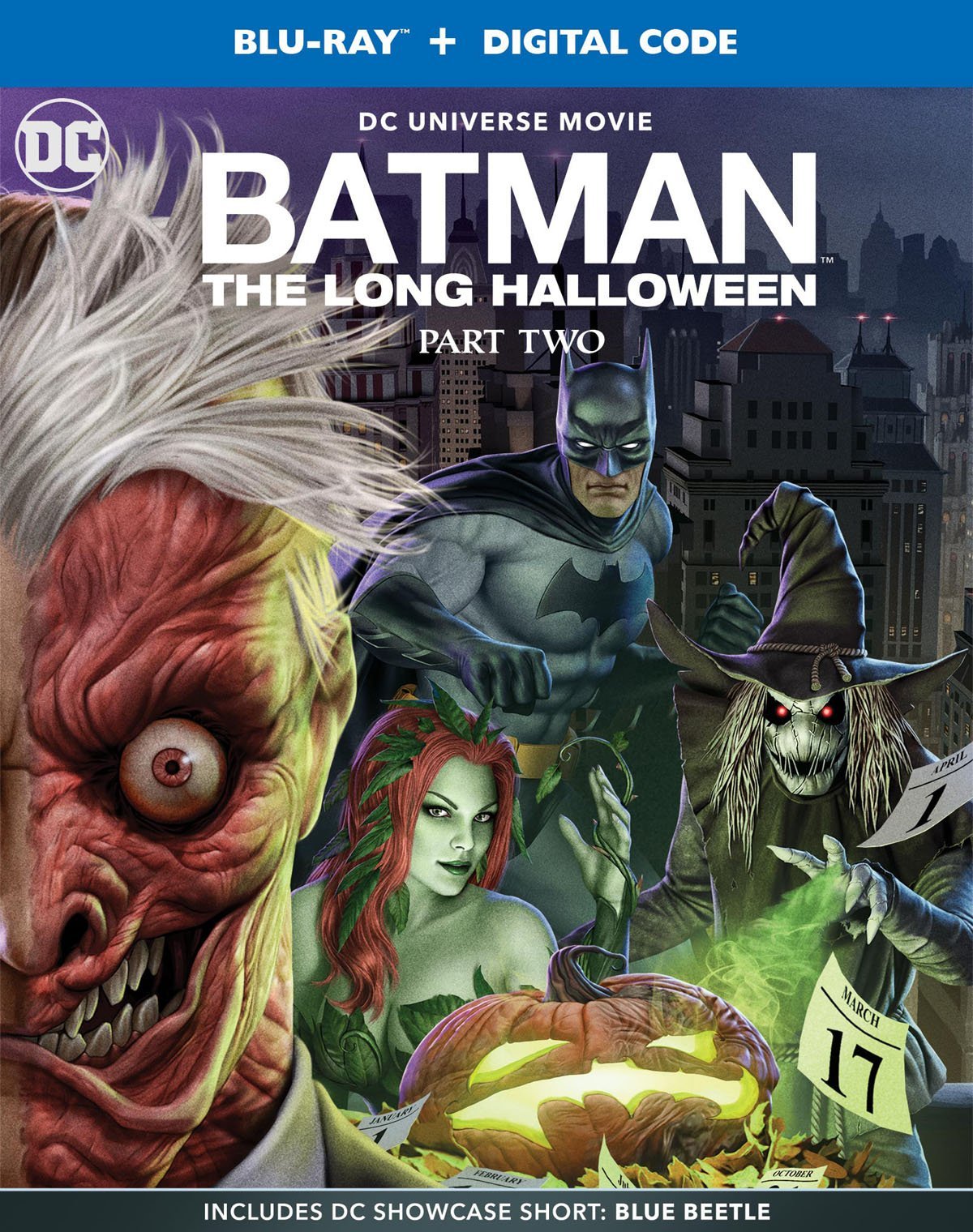