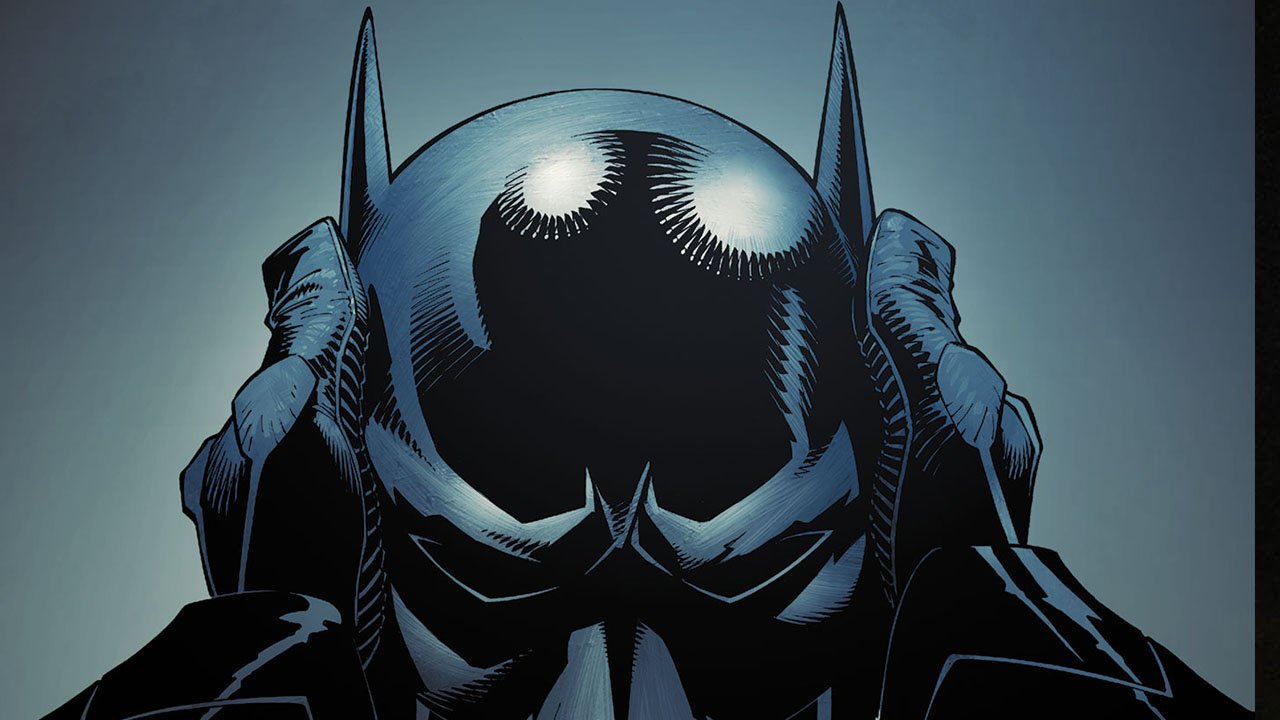 After taking over Batman at the turn of the New 52 and turning it into the top selling comic on the market, writer Scott Snyder and artist Greg Capullo decided to get ambitious. Over the course of a year they have been teasing out a new origin tale for the caped crusader, one that’s deeply indebted to the character’s roots, yet very different and designed to fit their own unique take on the character. The epic story has stretched on so long that while Snyder and Capullo are still filling out the third chapter of their massive origin trilogy, this trade of the first arc is sliding into stores as a graphic novel. While it’s hard to fully judge a story still technically in development, this first arc does feel contained enough to be read on its own. Snyder knows all too well how often this origin has been told, so his version is full of misdirection and redirection. You’ll get all the same basic beats in a way that feels fresh and unexpected. To do that with one of the most widely repeated origins in comics is a minor miracle. You know, the type of Bat-miracle that Synder and Capullo seem to be delivering every month in what will eventually stand as one of the finest Batman runs in history.

In particular, the big gearshift for fans of Snyder’s take on Batman is the tone of Zero Year. While it’s undeniably the work of the new great Batman author, this book isn’t nearly as nightmarish as his work has been in the past (especially the deranged Death In The Family arc that proceeded it). Instead, this is a lighter, colorful, and more adventurous Bat-tale that almost feels like Grant Morrison masterful Batman & Robin arc or even Bruce Timm’s 90s animated series. The first thing that pops off the page as different is Capullo’s art. Bright yellows and primary colors fill the pages, with much of the tale even taking place during the day (not particularly common for this nocturnal hero). It’s almost jarring at first after the series of shadowy stories the duo have delivered to readers so far. But just like stepping out of a dank basement into the harsh realities of daylight, once your eyes adjust there’s a whole new beauty to be found.

The story is essentially a fresh spin on Year One. A cocky 20-something Bruce has returned to Gotham after years of training for his crime-fighting destiny. Against the wishes of a cranky Alfred (watching their relationship develop is one of the highlights of this chapter), Bruce shaves his head and prepares to do battle with a deeply corrupt Gotham City. The main villains of this arc are the Red Hood gang. Snyder cleverly takes the costume that we all know a future clown prince of crime once wore and uses it for the basis of a theatrical crime syndicate who have their fingers in all of Gotham’s pies. By making them Batman’s first villains, he’s essentially replaying Frank Miller’s gangser-battlin’ Batman in a far more stylized setting. We see Bruce develop his costume and eventually bring down the whole Red Hood gang, along with a nicely handled tease for the Joker.

From there, we see how the presence of Batman led to the creation of the costumed supervillain in Gotham. However, going against convention, Snyder doesn’t bust out the Joker for his public enemy number one. Instead, he introduces Edward Nigma as a spurned Wayne Enterprises employee who decides to take over Gotham in an attempt to make the city smarter. This arc ends right as Nigma assumes his new identity as The Riddler and sets his devastating plan into action. The start of that story (as well as the foundation of the Batman/Jim Gordon relationship) is saved for the second chapter of Zero Year. So, by necessity this collection ends on a cliffhanger that makes it a less than satisfying read, but that was to be expected. This is but the first book of a three-book epic and it’s a good one.

There’s no denying that the sense of familiarity hanging over Batman’s first adventure in Zero Year makes it the weakest chapter of the trilogy. That was just an inevitable pitfall of giving the New 52 Batman a new origin. It was something that Snyder has admitted paralyzed him with fear when he started writing and it has to be said, that he managed to deliver the expected in the best and most exciting way possible. Throughout, Snyder cleverly plays with expectations and even drops in unexpected origins for eagled-eyed fans (get ready to spot the giant penny that will one day end up in the Batcave). The beauty of this story is all in the tone and ideas. Like Grant Morrison before him, Snyder strikes a perfect balance between old fashioned comic book whimsy and contemporary graphic novel grit.

Make no mistake, this is often a very violent and gritty story, just also one written and drawn as a grand pop adventure. The characterization of a cocky Batman in training finds just the right level of vulnerability in the fledging hero without tipping over into Batman coming off as annoyingly weak or arrogant. Snyder’s reinvented Red Hood gang is probably the highlight of this book with the writer and artist somehow creating a credibly frightening criminal syndicate that still suits their ridiculous costumes. And of course, even in just the early glimpses, it’s Snyder’s reinvented Riddler that is the secret star of Zero Year as a whole. He is ingenious, pompous, brilliant, obsessive, undeniably insane, and also frighteningly sociopathic. It’s a take on the character that’s both true to the Riddler’s roots and far darker than anything any writer has done before.

This gorgeous hardcover from DC is beautifully printed in the same house style as all of their New 52 collections. The mini-stories that featured at the end of every issue of this run are included at the end. Though all deliberately slight, each told an amusing origin for one of Batman’s distinct skills (how he became a daredevil driver, how he mastered the dark, etc.). It’s nice to see they made the trade because they were fun, it’s just a shame that the editors combined them all at the end of the book rather than paring them with each issue as printed because they all explained a specific skill young Bruce used in the main-story. It’s also a real shame that the editors left out the issue Batman #0, which was published months before Zero Year began and functions as a prologue for The Red Hood gang. I’m sure that’s being saved for an inevitable trade containing the entire Zero Year arc, but that’s still a little annoying. Regardless, any complaints about this book fall into the realm of nitpickery. This is ultimately the latest chapter in a masterful Batman run from the Snyder/Capullo team and the start of the biggest Bat experiment to date. It’s a must read for any fans of the character and while it will be nice to see what Snyder has in store for Bats when he returns from this 12 year flashback, he has still managed to create a year one Batman tale that feels like it will be dubbed as definitive by the time it’s complete. That just might be the most difficult trick that the brilliant writer has pulled off yet.

Final Thoughts
Scott Snyder delivers a new Batman origin for the New 52 and somehow manages to reinvent an old story in his most colorful and lovingly ludicrous Batman adventure to date.
More From CGMagazine