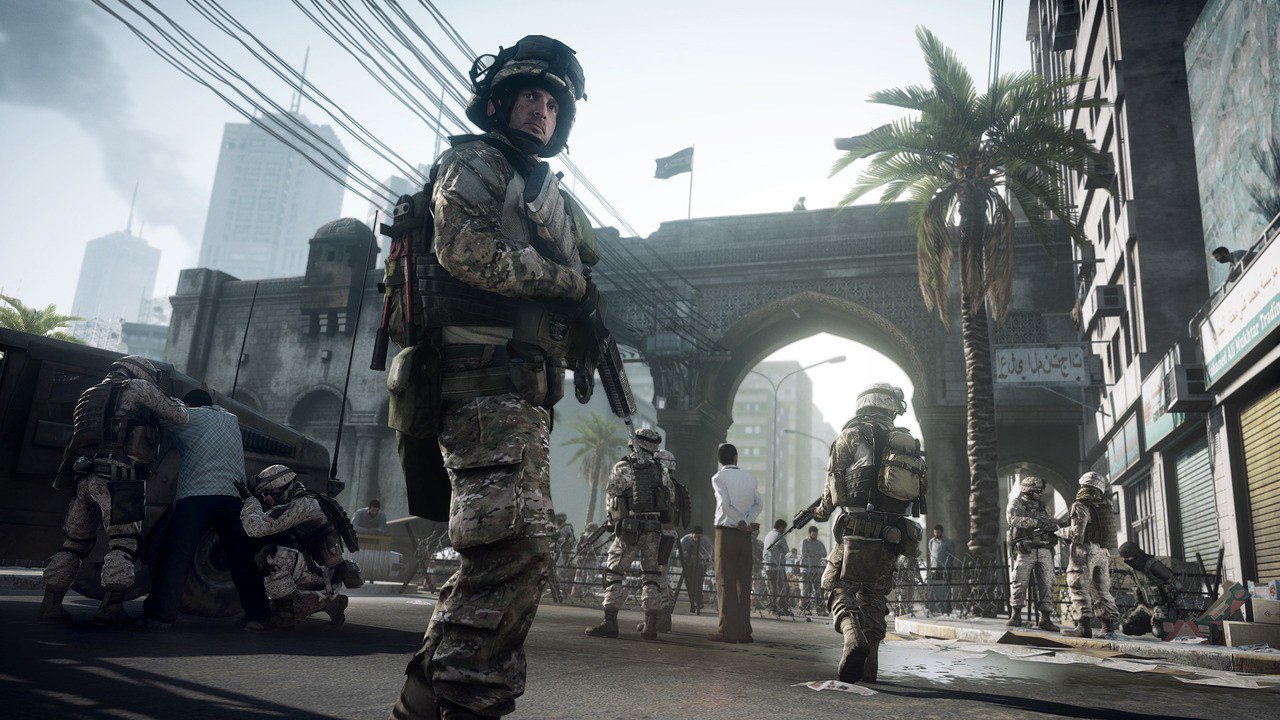 Writing a review of a game like Battlefield 3 seems a little bit like spitting into the sea: you may be doing your part, but it doesn’t seem like it will change much of what’s already going on. Chances are, those who have already decided to buy DICE’s latest shooter will be buying it, and those who plan to pass it over will pass it over.

That’s okay, because in the end, BF3 is the kind of game that gives players back exactly what they put into it.

The campaign mode, as in most multiplayer-focused FPSs, is something like a tutorial merged with a tech demo. Gone from Battlefield 3 is the kind of Catch-22 by-way-of M.A.S.H humour that characterized the series’ other current gen entries, Bad Company 1 and 2. In its place is a slickly produced, straight-faced terrorism storyline that takes more than a little inspiration from Call of Duty: Black Ops’ flashback-oriented narration and Tom Clancy’s mountain of fiction. The lack of any real sense of humour, coupled with a dull tale and tired set-pieces (defend a landing zone until the evacuation aircraft arrives, sneak through an enemy-occupied area, clear a building, etc.) makes BF3’s single-player mode easy to skip. It also pulls back from Bad Company’s focus on incorporating multiplayer elements within the single player game. Everything is highly scripted — players will only enter vehicles and witness building demolition when the story dictates, instead of being able to play around with these features in the course of tackling a mission.

Sure, a large percentage of players will dive right into the multiplayer without even checking out the campaign, but with all the effort that’s gone into the breathtaking visuals and sound design it seems like something better could have been done with this aspect. The possibilities are hinted at by “Going Hunting”, one of the game’s most memorable missions. The player assumes the role of a jet gunner, taking off from an airplane carrier in a stormy sea and dispatching enemy MiGs. The mission’s blend of cinematic flair and real excitement shows that DICE is capable of much more than the derivative material on display. Battlefield has always relied on its superb multiplayer as an excuse for failing to craft engaging solo experiences, but even the mediocre single player of the Bad Company games was far more enjoyable than what’s been accomplished here. Embracing the series’ strong points (the ability to choose between vehicular or on-foot combat or picking your own route to an objective by exploring the open maps) would have made for a unique campaign that added value to BF3 rather than simply bulking it out.

That said, the work that has gone into honing DICE’s Frostbite 2 engine has paid off. The environments look stunning and the audio (always one of the best aspects of the Battlefield games) is fantastic. Despite how uninspired the technology’s implementation is in the single- player, Battlefield 3’s online components take advantage of Frostbite 2 to great effect.

The multiplayer consists of nine standard maps and six modes (Rush, Conquest, Deathmatch and variations on each), allowing for a maximum of 64 players in a given session. None of this (aside from the robust player count) is necessarily progressive, but it is a whole lot of fun. Conquest is as enjoyable a Capture the Flag variant as ever and Rush, the game’s most distinctive mode, is the series finest iteration of its loosely organized multiplayer chaos yet. The beauty of Rush is its simplicity — one side launches a war of attrition designed to push back its opponents while the other does their very best to repel attacks and defend the territory they hold. This kind of straightforwardness makes it the finest showcase of BF3’s multiplayer. Because the main objective of arming or disarming strategic points is so direct it encourages players to experiment with every tool available on a given map in trying to accomplish this task — and Battlefield 3 has plenty of very fun tools. It’s not uncommon, in any given match, to see tank battles and infantry gunfights taking place as the sky overhead is split with the fire from jet and helicopter dogfights.

This type of multiplayer, the sort of structured pandemonium unique to Battlefield, is sure to be welcomed by players who are looking for a bit more variety in their online dude-shootin’ experience. Every match, though the objectives will be familiar, possesses its own little narrative and ends up being packed with great moments where all of the elements produced by the developers come together in wildly different ways. By combining this solid foundation with the addictive joy of unlocking new weapons/gadgets for each class and play designed to actually encourage teamwork, BF3’s frantic multiplayer will no doubt keep its audience well-invested for a long time to come. It’s by no means a revolution, but it is a worthwhile successor to the series’ rich online pedigree.

The co-op missions are also a great addition to the series. Similar to Modern Warfare 2’s Spec Ops mode, BF3’s co-op tasks players with fairly simple objectives that require good teamwork to accomplish (like providing AI infantry with air support from a helicopter gunship operated in tandem). Different difficulty levels, unlockable weapons and a high score feature make these missions a great diversion from the standard multiplayer modes and well worth checking out.

What’s less great is the infrastructure supporting Battlefield 3’s online components. Maybe (hopefully) the following issues will get resolved in the near future, but it seems worth noting just how difficult it was to download, initialize and actually get into any online games of BF3. This review of the computer version took two days (and several phone calls) to even get underway. Along with spotty server performance, which also affects console multiplayer, PC players can expect to jump through some hoops to do something as minor as just getting their game installing through Electronic Arts’ Origin, a client required for play (along with Battlelog, a secondary client specific to the BF3 itself). Not everyone will be affected by these problems — especially those who hold off on playing the game until a few months following its release date — but they’re definitely worth noting.

Battlefield 3 is a difficult game to recommend or condemn. The ultimate question of whether or not it’s worth a player’s time and money will depend almost entirely on whether s/he is already interested in what it sets out to do. As far as multiplayer shooters go, BF3 is a well-crafted and stunningly-detailed affair; as far as single-player shooters go, it is a mildly competent and ultimately lifeless experience. Battlefield 3 knows what it wants to excel in and, for better or worse, delivers on these aspects to the detriment of others. There’s probably no better game for multiplayer-loving shooter fans available right now and, for this audience, it’s an exceptional title. Those who fall outside of that demographic can safely skip it.

The ultimate question of whether or not it’s worth a player’s time and money will depend almost entirely on whether s/he is already interested in what it sets out to do. 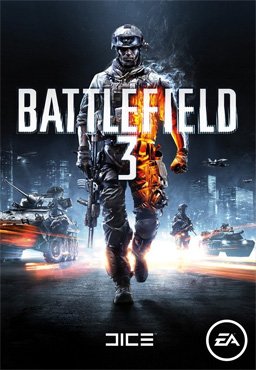