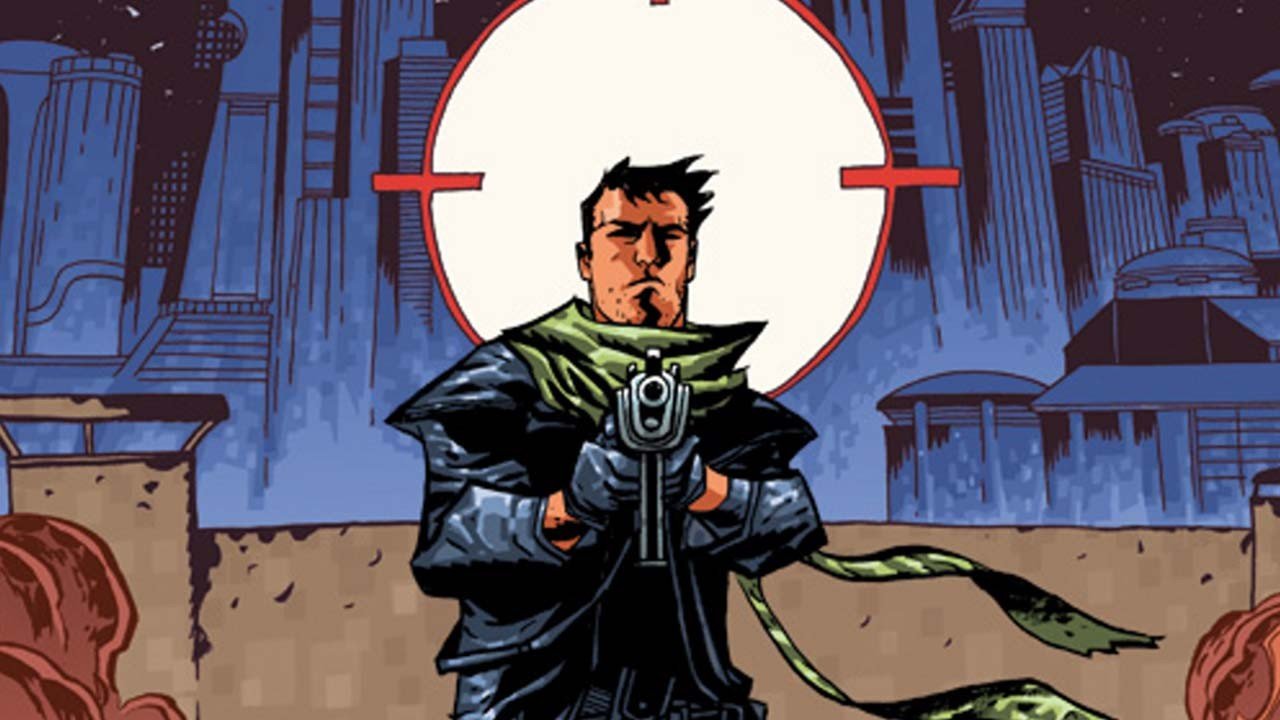 Image Comics is having a renaissance these days, as the books they are publishing are routinely of extremely high quality and calibre, exploring many different genres apart form the standard superhero set.  This new book, Blackacre, is a story of intrigue set in the future, when the United States has all but crumbled, leaving in its place a relatively small yet sophisticated community, born of the best, brightest and wealthiest of the former United States.  Duffy Boudreau and Wendell Cavalcanti are both new names to me, but I thoroughly enjoyed this first issue, as it set the stage for this world that the story is set in, as well as introduced a few engaging characters that will be the main focus of the book.  It’s somewhat post-Apocalyptic, but in a less bombastic, more realistic manner than one might expect.  In its own way, it reminded me of the current television series Revolution, which felt tonally a bit similar, although the major conceits of both properties are completely different.

This issue is entirely a set-up issue, but one that feels organic to the storytelling process.  Boudreau spends this issue doing world-building, setting up the basic framework of the world, and then jumping into the storytelling.  We get introduced to the main protagonist, and get a twist at the end which ups the stakes for the main character, and also makes me wonder just what other twists and turns are coming up, because otherwise the story would be pretty simple and short.  By the close of the issue, I was definitely interested in seeing what happens next, as it isn’t until the close of the issue that the actual story starts.  Considering that there’s a lengthy prologue at the beginning of the issue, it does make the issue feel like a pretty fast read, as both the prologue and the rest of the issue are set-up pieces, albeit setting up different aspects of the story.  The prologue does give a greater sense of context for the rest of the story though, and reminded me of how Isaac Asimov wrote the classic “Foundation” series, as with each story he’d start with a future passage from a Galactic Encylopedia, which gave the reader a bit of context for what was about to unfold, although still leaving some mystery as to just what the vague words meant.

The artwork in the issue is done by Cavalcanti, a name that I’m sorry to say I wasn’t familiar with prior to reading this issue.  His art was actually quite nice, and matched the scripting quite well.  I’m looking forward to seeing how Cavalcanti handles more complicated scenes, particularly action sequences, as I think it would look quite good.

This first issue was a great debut issue, and definitely made me excited to read the next issue and see just what comes next.  The prologue was heavy on set-up, but was done in such a way that I found myself captivated, and intrigued by how the set-up was being spooled out to the reader.  Highly Recommended!

This new book, Blackacre, is a story of intrigue set in the future, when the United States has all but crumbled, leaving in its place a relatively small yet sophisticated community, born of the best, brightest and wealthiest of the former United States.