The Smashification of 2D fighters, now with more Shovel Knight and Binding of Isaac
Score: 8/10 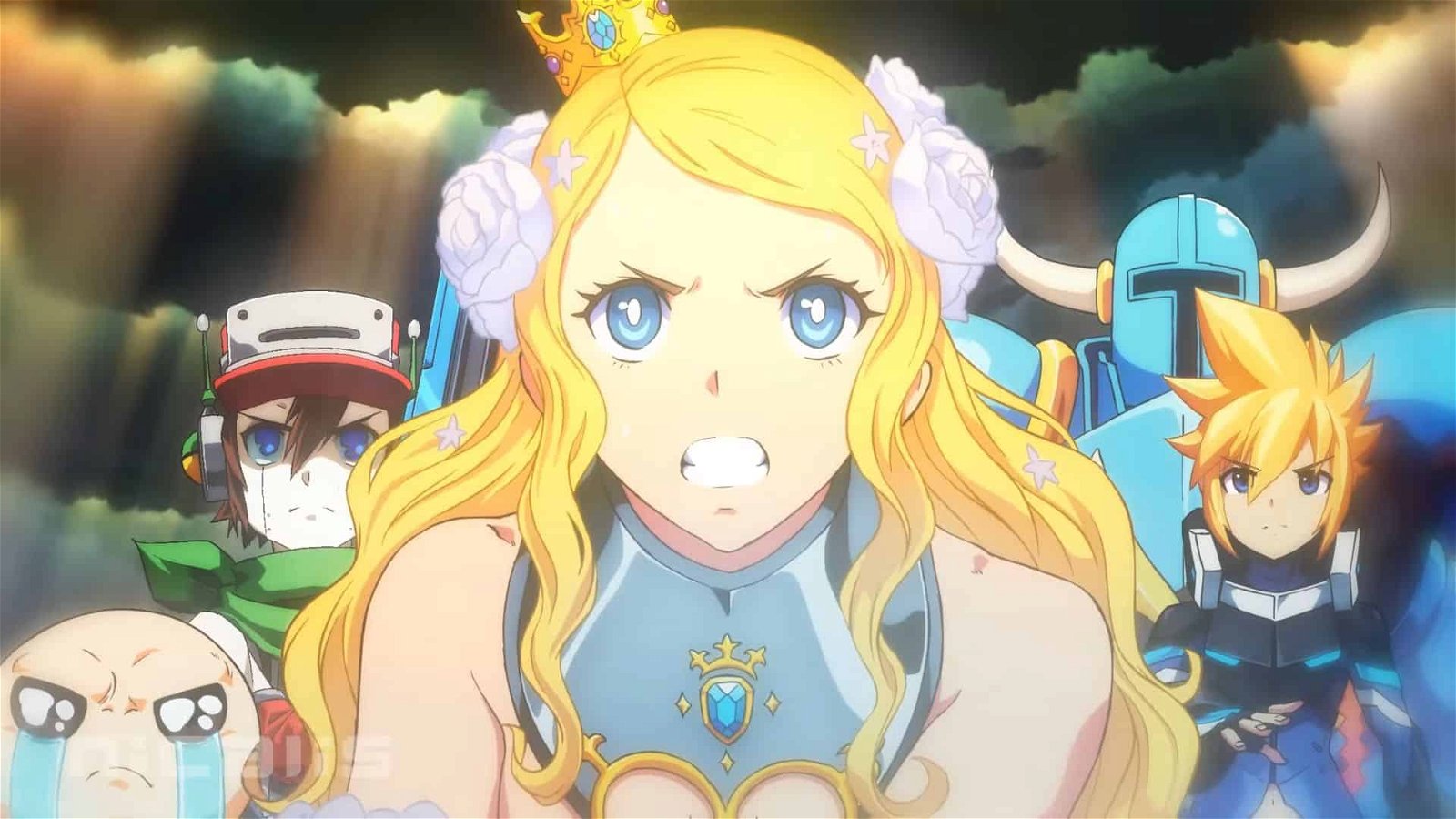 Blade Strangers is one of those crossover games where a bunch of characters from various universes come together to fight...for reasons. In this case, most of the characters are from Nicalis published games such as Code of Princess, Cave Story, and The Binding of Isaac. It also includes as some niche Japanese games such as Azure Striker Gunvolt, and the Umihara Kawase games which are difficult platformers about a big chested girl traversing levels, filled with fish with legs, via a grappling hook-like fishing pole. Also, there's Shovel Knight, because every crossover game has to have him now, by law. While it may not be a perfect game, the simplified combat of Blade Strangers ensures it is accessible to new players, while offering enough depth for experienced players of the fighting genre.

The story in Blade Strangers isn't all that original or entertaining. In it, a bunch of computer servers talk to each other about transporting characters to their realm from various universes to stop evil...or something like that. I've played through almost every characters story mode, and even though it is simplistic, the main reason this is happening still escapes me. Each character has their own story mode, which just consists mainly of reused cutscenes of the servers talking to each other peppered with a few scenes of characters talking to each other before and after fights. The stories amount to little more than vague references to the games the characters come from without much else. So, if you're a fan of a particular character here but don't much like fighting games, rest easy knowing you won't miss out on any deep lore or plot by skipping Blade Strangers.

That said, Blade Strangers is as much a joy to play as it is easy to pick up. Instead of catering exclusively to the hardcore crowd, the developers opted to simplify combat in a way that reminds me of Super Smash Bros. You won't find any quarter circles here, or elaborate moves in general. There's light attack, heavy attack, unique attack, and skill attack buttons. Each button has various moves it can trigger by pressing each direction and the button. Light attacks are the basic moves that typically start combos, whereas the heavy attacks can be charged to do more damage. Unique attacks ironically aren't all that unique as all characters do pretty much the same moves with them such as a sweep, an attack to knock opponents out of the air, or hit them on the ground. Skill attacks are what most people would know as “special moves” in other fighting games that truly are unique to each character, such as Shovel Knight's iconic pogo attack, or shooting your gun if you're one of the Cave Story duo. There are also ultra-skills that can be pulled off by building up a meter at the bottom of the screen then hitting three buttons at once, or alternatively one shoulder button. These powerful moves usually incorporate something the character is known for such as the Troupple King rushing players down for Shovel Knight.

All the basics of playing are explained step-by-step in the rather well-executed tutorial mode, including how to do basic combos, which seem to carry across all characters. While on a surface level that might sound like lazy development, I'd argue it allows players to easily swap between other characters and remain viable while learning their differences. What will set casual players apart from competitive players in Blade Strangers isn't who can and can't do elaborate quarter circles at breakneck speeds, but those that can chain together simplistic moves into powerful combos, of which the game does not tell you, leaving players up to find them for themselves.

Other modes include a missions mode that has five challenges to complete per character, which is mostly asking you to pull off advanced combos unique to each character and a survival mode that has you fighting 14 matches in a row with limited health recovery between each match. There is, of course, an arcade mode, which is basically story mode without the story bits, local versus, online play, and a training mode to practice your moves. Online mode has both ranked and casual options, which includes the ability to make a private passworded room to play with friends.

The whole package of Blade Strangers is rather basic, but that can be overlooked considering this is a budget-priced title. I will caution those that want to play the game competitively, as right now it seems characters with ranged attacks are a bit overpowered when compared to those without. Hopefully, there is a balancing patch released in the near future or otherwise RIP Shovel Knight. That said, take this with a grain of salt, because there is a possibility that I just haven't figured out a good counter just yet.

Final Thoughts
Blade Strangers is accessible to players of any skill thanks to simplified combat, but still leaves room for the more competitive players to shine.
More From CGMagazine 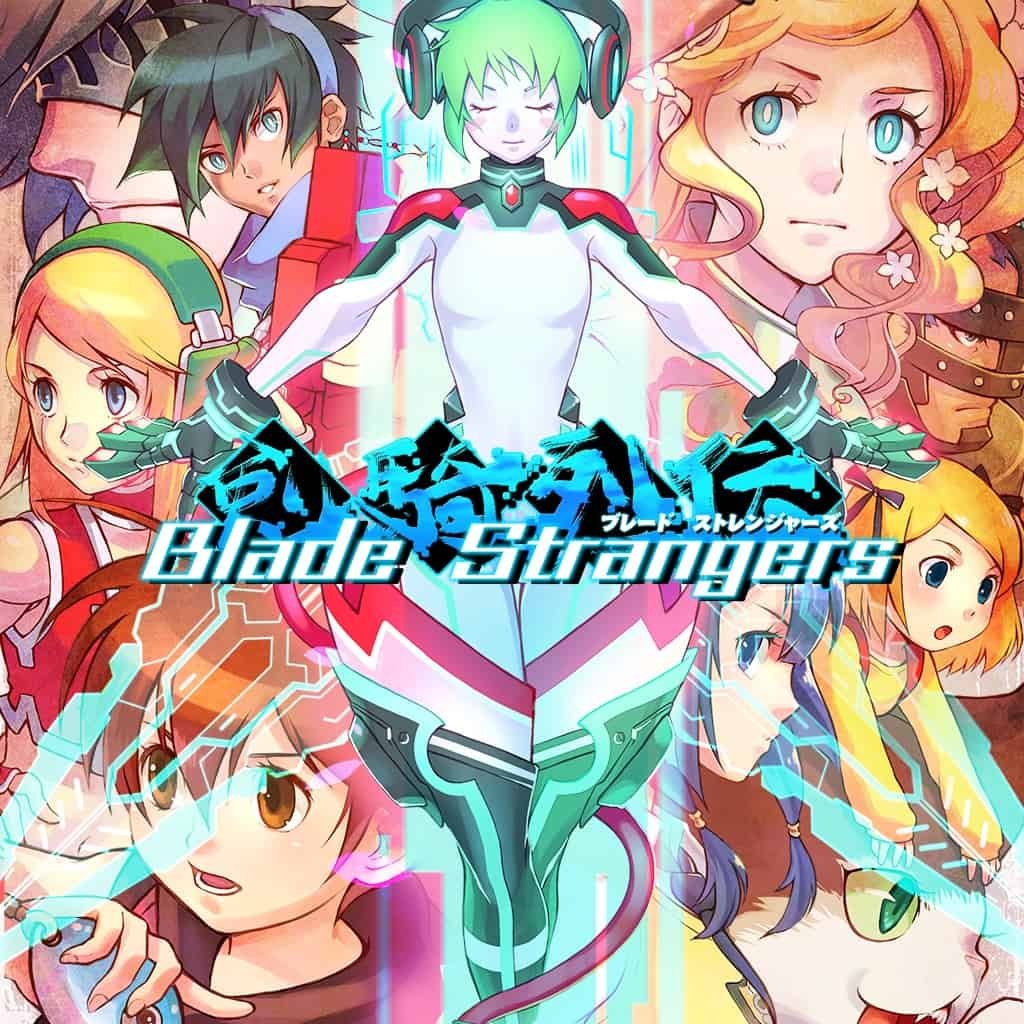