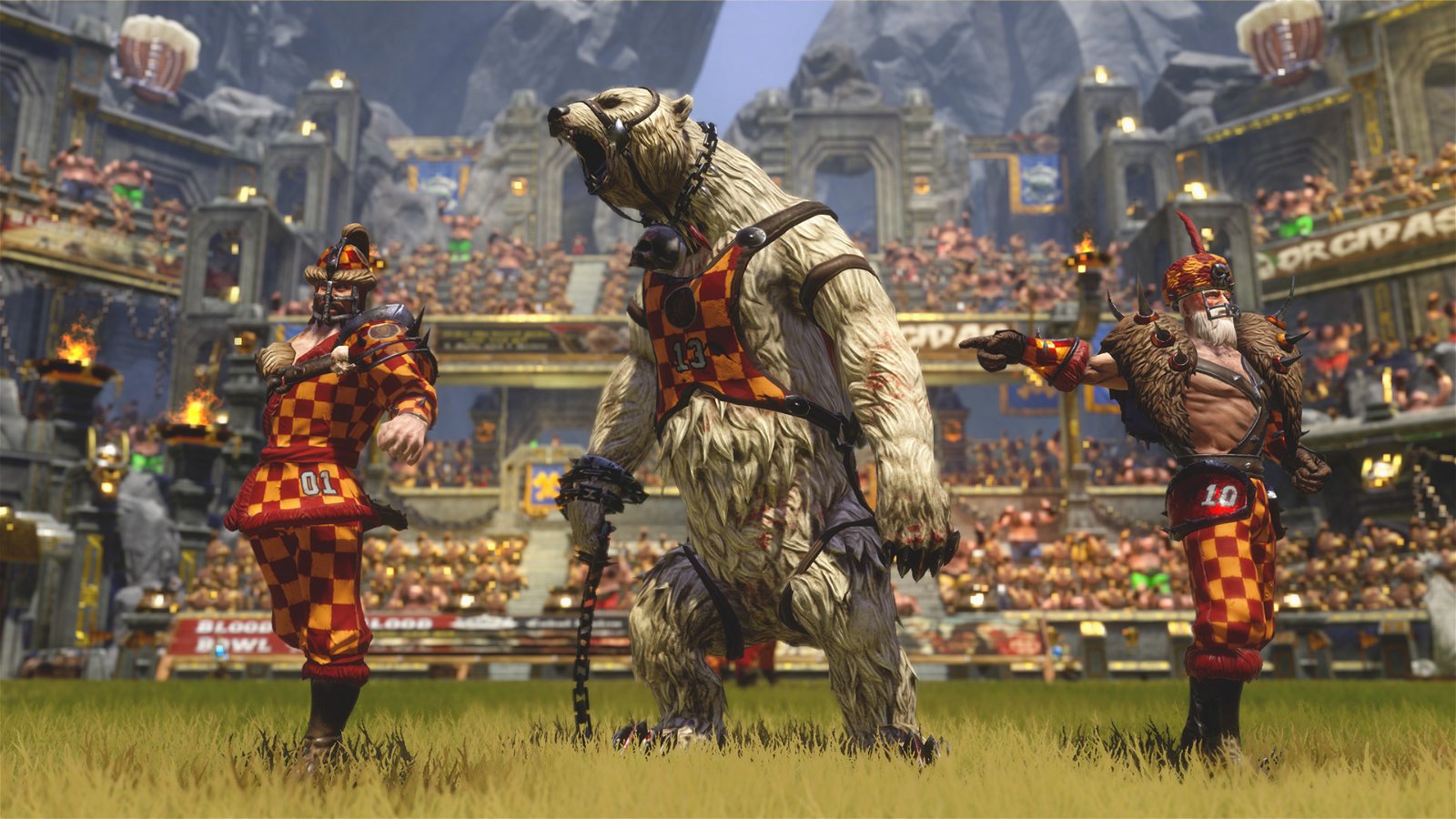 Some things just go together, like peanut butter and jelly, bacon and eggs, or deep, strategic football simulations and high fantasy settings. If some of those didn’t sound familiar to you then you are either unfamiliar with Blood Bowl or we have very different dietary habits. Luckily, both of these issues can be remedied. The latter with a guided trip to any grocery store (we can get through this) and the former with Blood Bowl 2 - Legendary Edition.

Now, Blood Bowl has been a thing for quite a while now, but it's so niche that you could be forgiven for not knowing about it. Essentially, the Blood Bowl series addresses the idea of good old-fashioned American Football as played by the creatures of the Warhammer universe. Blood Bowl 2 – Legendary Edition is a reissue of a sequel to a game that was originally a board game from the 80s, and it’s a great place to jump in if you have not yet gone against scurrying rat men in punishing pigskin plays.

Don’t be fooled by the sporty setting here, Blood Bowl plays more like the more recent XCOM games than anything out of the Madden series. The action is turn-based, allowing the player to maneuver their characters however they think is best while taking out enemy players where possible and avoiding unnecessary confrontations. Information is displayed elegantly enough with percentages for success that are tempting enough to make that Hail Mary pass seem doable (spoiler: It’s not.) and player combat is solved through dice rolls. Hopefully, no one will die.

Yes, player progression is a thing. While most of your roster of various men and monsters start with baseline stats, they level up through play, the problem being that Blood Bowl is not a league overly concerned with safety or OSHA guidelines. Getting too close to a beefy Dwarven linebacker or even the ravenous fans waiting on the sidelines and you could lose your favourite player permanently. It makes games tense and punishes overly risky plays, but you can totally run through that gauntlet of grouchy goatmen without being pounded into oblivion this one time.

Franchise veterans will know that the real draw here has always been the multiplayer. Blood Bowl provides extensive team customization options that are sure to tickle your fancy in some fashion, even if it is just the cheerleaders. Creating and joining an online league is super simple, so you can really put the fantasy in your fantasy football league whenever you like. The Legendary Edition adds, even more, race and team options, from the acrobatic circus performers (bears are surprisingly effective) to several of the new mixed race teams.

Other than those additions, the Legendary Edition also has gifts for people that who crave a less connected, solo experience. First of all, there is the Eternal League, which is essentially a single player endless mode with a decently challenging AI that will put up a fight when your friends are too scared of you. Apart from that, there is a new challenge mode, which could be thought of as a football puzzle mode. Players are given a task, the field, and one turn to make some ridiculous goal or beat the pulp out of the enemy team. It’s a great way to hone your tactics in preparation for the big game.

Sadly, Blood Bowl 2 – Legendary Edition is not without its faults. The early single player campaign can be slow going as you steamroll opponents who go a bit too easy on you. This leads to lopsided matches that feel interminable and tiresome. When the AI decides to stop playing peewee ball, it’s fun and challenging, but the early game will turn some players off. Additionally, the net code here is relatively fickle, and connecting to online games can be frustrating and tedious, a troubling problem for when so much game is tied to league play.

I’m still divided on the subject of these reissues that have been coming out recently. While I love the idea of bringing new players to experiences that they may have missed, the lack of significant innovations is concerning. Blood Bowl 2 was a great game, one that plenty of people still enjoy to this day, and the Legendary Edition is still loads of fun, but it is literally the same game with a few added features. These types of reissues have happened before, and thankfully here players of the original edition can upgrade their version to get the new content, but I’d still rather see a new game, personally. Regardless, Blood Bowl 2 – Legendary Edition is a great place for new players to jump into the mix and offers some fun new toys for people who have been playing it already.

Liked this article and want to read more like it? Check out our latest preview of Total War: Warhammer II and Total War Arena!

Want to see more videos? Subscribe to our YouTube channel and check out our First 15 of Dishonoured 2: Death of the Outsider!

Final Thoughts
A great place for new players and some fun new features for existing ones with a few technical issues.
More From CGMagazine