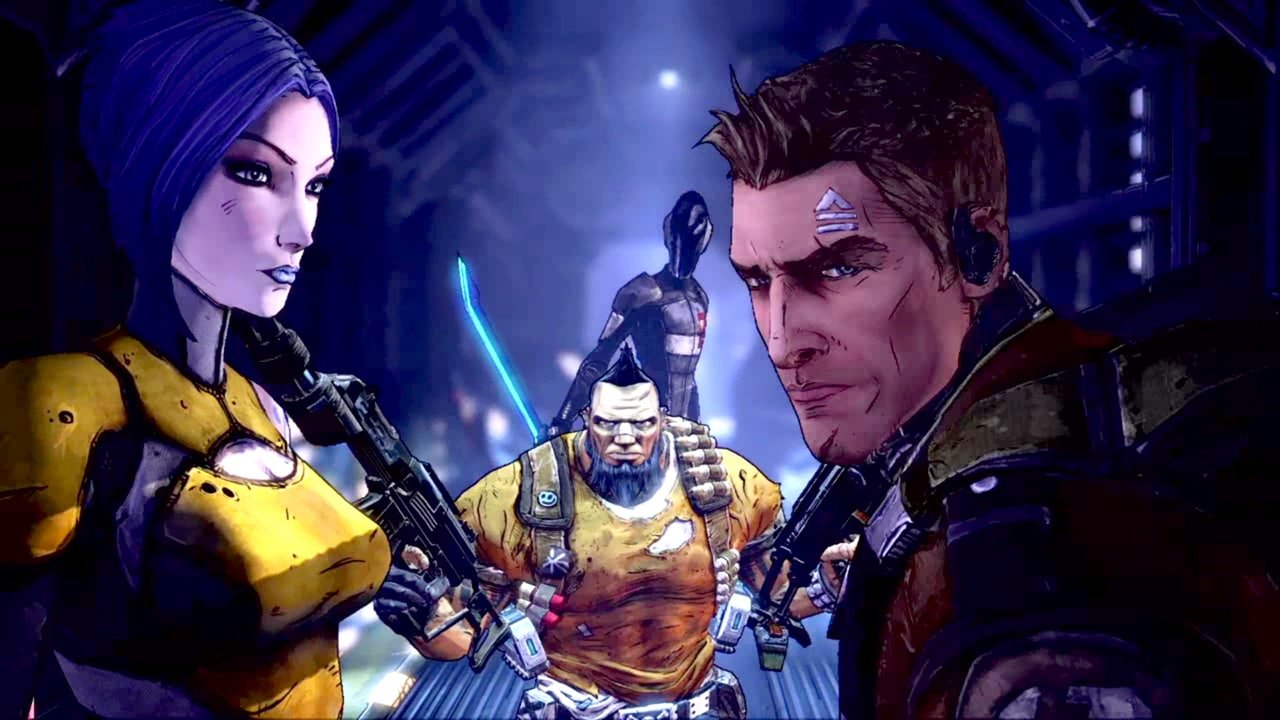 One thing I continue to find fascinating, albeit a bit annoying, is the phrase “surprisingly good,” in relation to the Nintendo Switch. Here is a console that pulled the company out of the disastrous tailspin that was the WiiU, and has consistently featured incredible games—ranging from first-party to indie, and even a few third-party titles. And yet, it seems inescapable something seemingly more demanding than Super Mario Odyssey gets released, gamers and critics alike are “surprised,” by its quality on the Switch.

I bring this up because I found myself falling into this exact same trap while playing Borderlands Legendary Collection; genuinely enthused as I was for the quality of the ports of Borderlands, Borderlands 2, and Borderlands: The Pre-Sequel; and almost uttering the dreaded phrase. But upon assessing my “surprise,” I couldn’t help but think, “The Witcher 3 is on Switch, and it actually plays really well…I mean, I know this thing isn’t a PS4, but shouldn’t we be far past surprise?”

In any case, while I’m sure Borderlands needs no introduction, in fact the third installment of the franchise came out less than a year ago. Often hailed as the “original looter-shooter,” Borderlands finds players on the mysterious planet of Pandora, but instead of battling the Na’vi for Unobtanium; you play as badass mercenaries hunting a mysterious Vault, said to contain riches, weapons, or perhaps, something more sinister. Borderlands: The Pre-Sequel adds a little more to the proceedings by offering players the story of the Handsome Jack—the villain of Borderlands 2.

I’ll keep this brief since these games came out somewhere between 11 and six years ago. Gameplay combines the RPG and shooter elements as players traverse an open-world, taking on quests and diving into enemy strongholds and dungeons; taking out enemies in fast-paced first-person shooting action. As players level up, they’ll gain access to stronger weapons and skill points to allocate in each character’s various skill trees.

You’ll be happy to know, each Borderlands runs incredibly well on the Switch, both in docked and handheld mode. While the game is locked at 30fps, in both modes of play I experience no slowdown even in more chaotic fights with multiple enemies on screen. Furthermore, much like The Wind Waker, the game’s cell-shaded art-style basically ensured it would never age poorly. Both in docked at 1080p and in handheld at 720p, the game looks great with uniquely designed environments and broad use of colour and detail.

Although, they’re not an entirely perfect ports as I did notice a few graphical glitches in playing all three games, however, it was mainly enemy models seizing into rigour mortis upon death, or one amazing instance where a defeated enemies lifeless corpse twitched out so bad it sprang into the air, arms shimmying to the sides as if it were dancing.

If the Borderlands ports suffer in one area from being on the Switch, it’s in the control department, specifically when being played with the Joy-Cons. I’ve always found the Joy-Con sticks to be very restrictive, so playing a fast-paced shooter, where precision is imperative to success can be very frustrating with the Switch’s default controllers.

Each game has included motion-aiming to help remedy this, however in motion-controls seem to be designed for YAW, so if you’re playing with your Joy-Cons detached, even motion aiming can feel very restrictive and limited.Particularly in the first Borderlands, where even with the Joy-Cons attached, motion-aiming just barely works in relation to its predecessors. This is definitely a game you’re going to want to splurge on a Pro-Controller for—and I say that as someone who beat DOOM 2016 with the Joy-Cons.

Honestly, I would reluctantly recommend Borderlands on the Switch. As I mentioned years ago in my review of Destiny: The Taken King, I just find these games to be very boring. Personally, I’ve never felt the grind of an RPG gelled well with the combat of a shooter, since no matter how powerful your weapons, or abilities, no problem can’t be solved with enough time and multiple headshots. Each mission and each fight start to become very similar and it starts detracting from the whole experience.

However, I do understand why people like Borderlands—there is a certain sense of catharsis in the grind, even if it’s paired with intense FPS shooting; and I won’t deny it’s not bad as a fun, couch co-op Saturday killer. At the very least, I would say skip the Legendary Collection and go for the Legendary Collection, since that one is Borderlands 2 and The Pre-Sequel bundled and honestly, the first Borderlands is probably the weakest of the three.

While it may not be my cup of tea, Borderlands Legendary Collection is a solid collection of games, and an admirable addition to the Switch’s library. 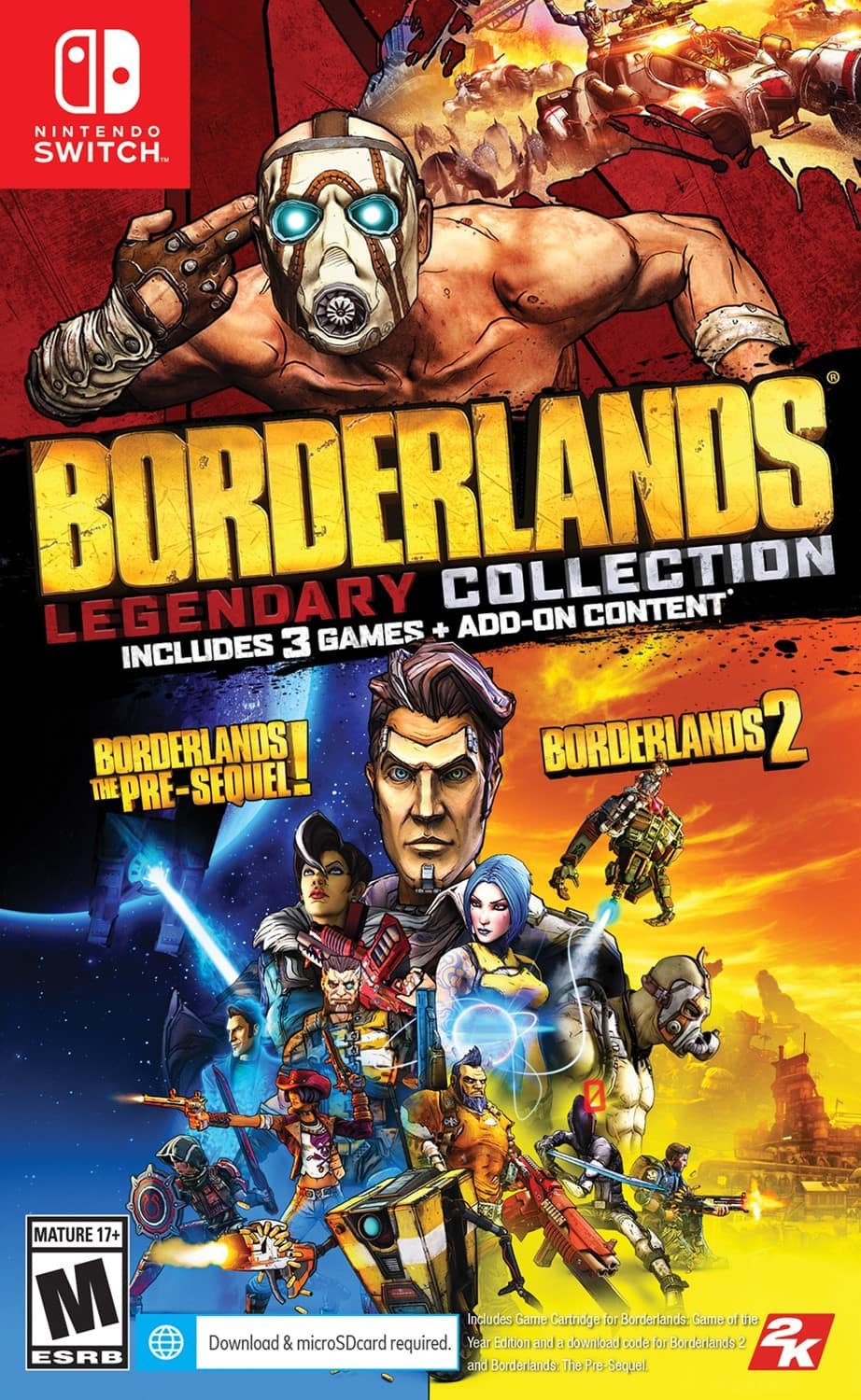