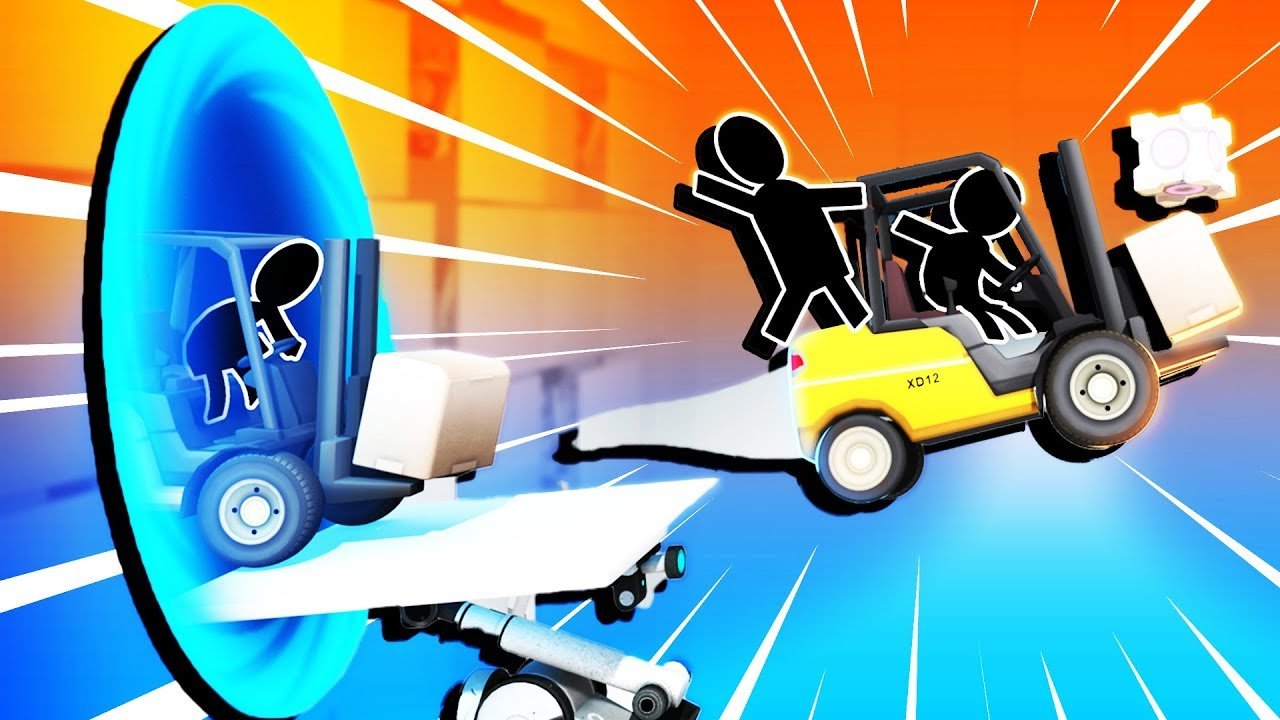 At no point have I ever thought to myself, “I could go for a Portal version of Bridge Constructor.” It’s a weird mix, but somehow Valve gave ClockStone the go-ahead to do it, and the results are mostly on point.

To really understand where Bridge Constructor came from or what this Portal version entails, you only need to look to the 2013 original. ClockStone Software came about roughly a decade ago, and for years they made low key sports or hunting games until they struck a chord with Bridge Constructor. The idea of crafting structures in a very similar manner to World of Goo (just more realistic in nature) and sending vehicles over them to see if they’d survive or fall to their doom was addictive. ClockStone basically takes that, injects GlaDOS voice actor Ellen McLain into the mix, and some outright silliness.

Bridge Constructor Portal has a decent amount of Portal flair. The intro is macabre and outright disturbing, but in a cute cartoony way. GlaDOS trolls you as you play, and a miniature story plays out where you’re the new guy working for Aperture Science (after watching a few candidates literally die in front of you). You’re responsible for building things, primarily of the bridge variety, to get workers from one place to another safely.

Over time you’ll start to become acquainted with more than just bridges, as you’ll need to juggle wires to hoist up your creations, or deal with different coloured/matching teleportation portals, buttons, Companion Cubes, and turrets, all of which operate very much like the source material.

Having the first car go out and then allow players to send an optional convoy for bonus points to see if their structures hold up is brilliant. Bridges might hold for one car, but you’ll often find that a haphazardly crafted structure will buckle under the weight of several vehicles. It’s not just structural integrity you need to watch out for too—when the maps get even bigger and crazier, some cars might even smash into each other as they’re crisscrossing through portals.

It’s interesting how ClockStone opened up the pure bridge building element, as you can create structures that function as roads to support your cars, or opt to have them merely operate as support systems. This allows for some tricky finagling, almost like a Hot Wheels race track where cars are zipping in and out of jumps and loops.

The bridge system is really finicky though, and when it doesn’t go your way because you have one joist or support in a slightly wrong place that would require a complete rework, it’s frustrating. Bridge Constructor Portal‘s system is mostly handled by clicks, and although it’s accurate enough, sometimes you’ll add another piece of a bridge when you actually meant to delete something, or vice-versa.

And after working on a masterpiece for ten minutes, it can get very tedious without a proper meta-system for reversing decisions and redoing them. That said when you do build something that doesn’t budge at all and all of your NPCs arrive safely, it feels like an accomplishment. Cars also won’t stay put, they’ll attempt to reach the goal by any means necessary, which includes indomitable flips and struggling to get out of situations where they’re stuck.

The dialogue is mostly in the spirit of Portal, but it pops up a little too frequently. Sometimes when I’m blowing through missions I just want to get to the next one, but often I’m confronted with heaps of un-skippable parts. There isn’t much to the sound direction here outside of McLain’s on-point performance as GlaDOS, but the innocuous music does add to the whole techy vibe, almost like something you’d hear while at a queue in Disney World for Test Track.

Bridge Constructor Portal isn’t going to change the game for construction simulators, or even bridge construction sims, but it’s an on-theme way to warp back into the charming and disturbing world of Portal.

Bridge Constructor Portal takes some of the best snark from the Portal series and shoves it into a clever little construction game.