The Paul Blart of Video Games is Back to Fail Again
SCORE: 5/10 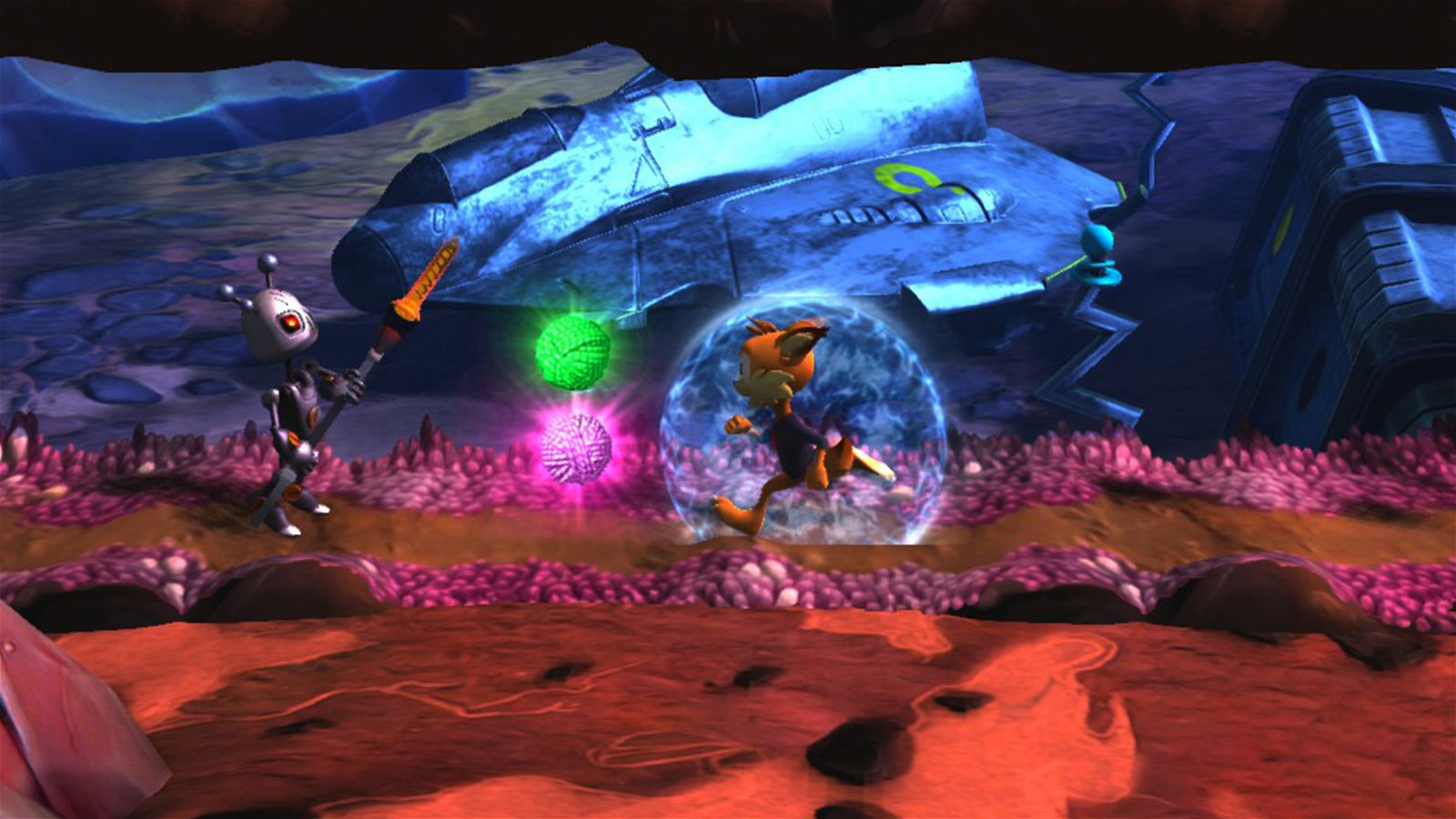 Bubsy, the t-shirt wearing bobcat originally created with the hope of cashing in on the mascot platformers of the 90s, is back. Why? Good question. I’ve yet to meet anyone that has fond memories of Bubsy or had hoped for a comeback. Crash Bandicoot? Sure. Spyro? Yes, please! But Bubsy?

Who asked for this?

For those unfamiliar, Bubsy is an old-school side-scrolling platformer that is somewhat inspired by Sonic the Hedgehog. Woolies Strike Back feels like a direct follow-up to the original game as it features the same antagonists, the Woolies, an alien race that wants to steal Bubsy’s golden yarn for some reason that is never explained. So Bubsy sets out to get his yarn back by jumping on Woolies’ heads, gliding through the air like Knuckles the Echidna, pouncing through rock, running his mouth—and literally nothing else.

Thankfully my revisit to ‘Mediocre Memory Lane’ didn’t last long as Bubsy: The Woolies Strike Back can be finished in under an hour—unless you’re a completionist. Levels can be completed in around 2 to 3 minutes with ease, which is unsurprising considering most of the enemies are generic Woolies that walk back and forth without much in the way of AI. The most advanced basic enemies get are the bumble bees that chase Bubsy until he reaches the giant flowers conveniently placed throughout the levels. While that might sound fun, picture the most boring version of that you can imagine, and you’re probably not far off.

Completionists will get a bit more here, but the game gives you absolutely no incentive to do so other than PS4 trophies which don’t even include a platinum. Each level has a goal of collecting every ball of yarn, of which there are typically 600 to 700 in every level scattered in practically every nook and cranny. Other goals include completing levels without dying and finding keys that unlock a vault full of yarn in each level. Why do Bubsy and these aliens want all this yarn, and why should I as the player care? I still don’t know.

Bubsy: The Woolies Strike Back costs over $30 CAD for under an hour of mediocre gameplay with dated and generic 3D graphics and a soundtrack reminiscent of a built-in midi playing on a Casio piano. Frankly, I’ve played free games with much higher production values and more gameplay and replayability than this. In fact, this feels less like a full game and more like a shareware demo or perhaps the first part of an episodic game season. Had it been released at a $5 or $10 price point and gave more reasons to explore levels other than pointless bragging rights, it might have been recommendable. As it stands now it’s an overpriced reminder that Bubsy exists.

Bubsy: The Woolies Strikes Back is thankfully only about an hour long so we can go back to forgetting Bubsy exists.