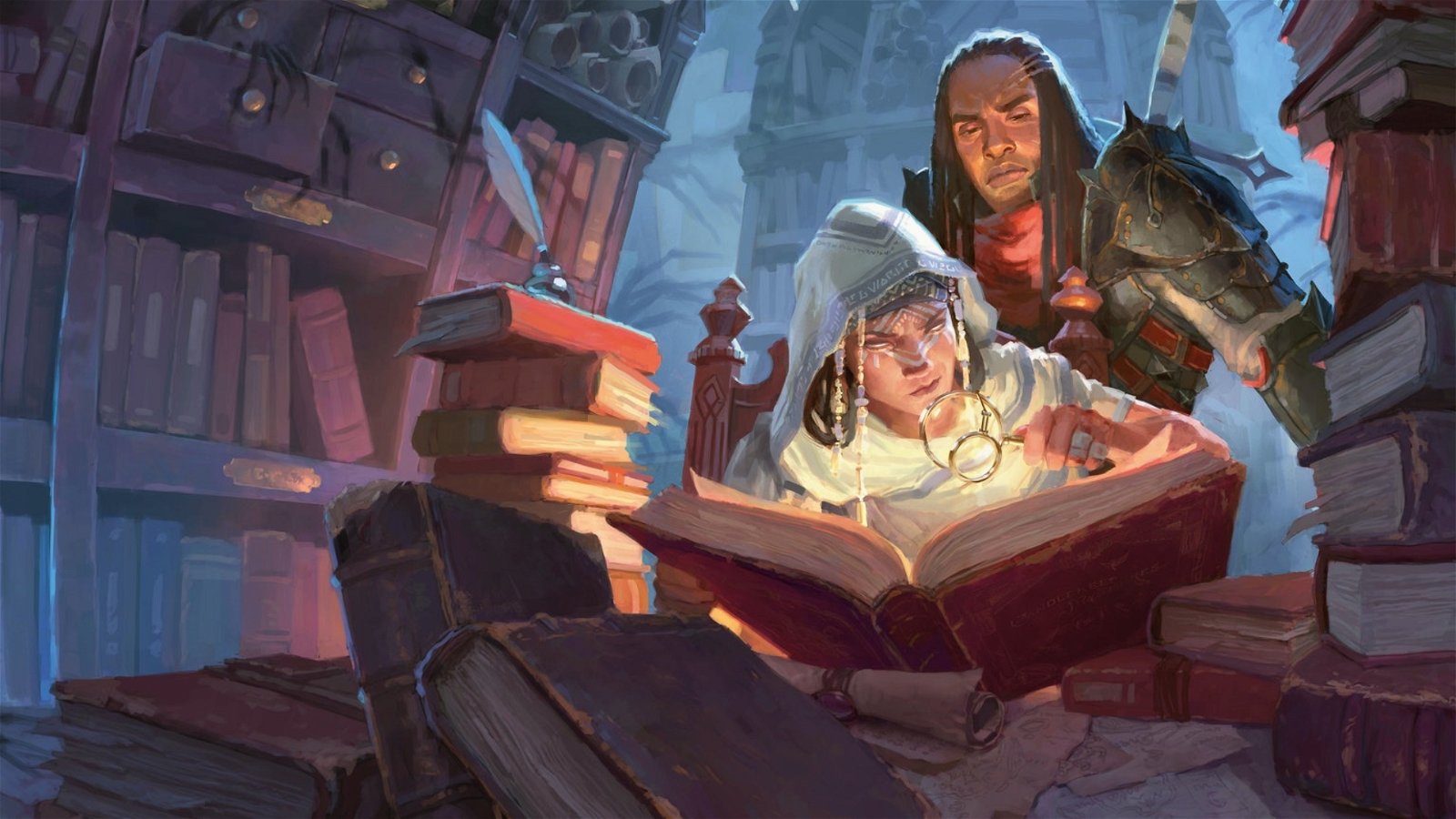 Every game master has had to scramble to prep a Dungeons & Dragons game with minimal prep time at some point in their career. Improvisation is a crucial skill for this role, but sometimes that can only carry you so far. That is when books like Candlekeep Mysteries come in handy.

Packed with seventeen standalone adventures with a mystery bend, this tome can take some of the load off your shoulders. Planning an involved whodunnit or puzzle can be a herculean task even with a lot of prep time. Creating a layered mystery isn’t easy, but done well, it can be a lot of fun for players and draw upon all the various skills required to play a tabletop RPG well.

Wizards of the Coast wisely reached out to creators from all corners of the community to craft these adventures—though it seems some chapters were changed considerably during the editing process. As a result, Candlekeep Mysteries covers a refreshingly varied array of genres, themes, and McGuffins. To boot, the seventeen adventures cover levels 1-16, providing content for most campaigns.

By default, these adventures take place in the Forgotten Realms setting of Faerûn. An introductory chapter gives DMs plenty of background info on Candlekeep, a massive library/fortress on the Sword Coast south of Baldur’s Gate. With each adventure centered on one of the magical books on its countless shelves, players are meant to start their adventures at the titular keep or consult its sages for advice early on. Sometimes this means stumbling upon an enchanted tome while on some other errand, being hired to investigate one of the books, or being sent to the library specifically to retrieve something.

Of course, locations and details can be changed at the DM’s discretion to make these adventures fit any other setting. A few name changes are all you need to adapt these scenarios to your homebrewed worlds, in most cases. You can even rework them to remove the Candlekeep element altogether. Many also suggest ways to incorporate the adventures into the rest of your campaign, like allowing the players to invest in a mine after they clear it of monsters.

However, one area I found lacking was the start of each adventure. You will need to do some legwork on your own to set the scene for your party. Unlike other premade content—such as the Starter Set’s Lost Mine of Phandelver, Tyranny of Dragons, or Tales from the Yawning Portal, a similar book of standalone adventures—many of the adventures don’t have a simple scene that lets you quickly lead into the situation, where I expected juicy “It was a dark and stormy night” intros.

The open-ended nature of the adventures makes such a catch-all scene difficult, so instead you’re given information on the book that kicks off the adventure and some other background info. This may be a small personal quibble, and something to do with my DM style, but if I’m looking for a canned session to run for my group I appreciate more direct help with the hook, as it sets the scene and the players’ level of investment.

With any premade content, of course, the right player mindset can derail all the best-laid plans. For instance, when running the adventure “The Curious Tale of Wisteria Vale,” one player character was incredibly blunt and straightforward, and cleaved through a lot of the mystery setup like a Gordian Knot—literally bypassing much of the context just by playing to his character’s personality. I had to adapt the rest of the adventure on the fly to actually maintain that element of mystery, or else the party would have steamrolled right into the Big Bad and preempted a lot of the exciting elements from the conclusion.

Then, in retrospect, I began to see a lot of ways that the party could have trivialized the whole thing. In this particular adventure, without giving away the story, the party can put an end to the whole affair and bypass the villain encounter handily. This may be great for some players, but it can also lead to an anticlimactic, early end. I definitely recommend knowing your adventure front to back and trying to prepare some backup plans ahead of time, just to ensure you can maintain that mystery feel.

I can also see the value in treating Candlekeep Mysteries as a campaign in its own right. Players could be hired by the library to put an end to a series of mysterious situations surrounding each of its tomes, for example. To supplement the printed material and help award the EXP to level up, there are some loose ends from the adventures which could be followed up on, or character-based exploits to round out the party’s individual motives.

Nonetheless, I would deem Candlekeep Mysteries a worthwhile addition to your D&D library if you’re a DM who wants to switch things up occasionally, without having to do all the legwork yourself. If you’re a big Forgotten Realms devotee, this is even more worthwhile. Just be prepared to do a little more work before and during your sessions, to run them adequately.

Candlekeep Mysteries is a diverse sourcebook of premade adventures, though it requires a little more work on the DM’s end than similar adventure tomes. 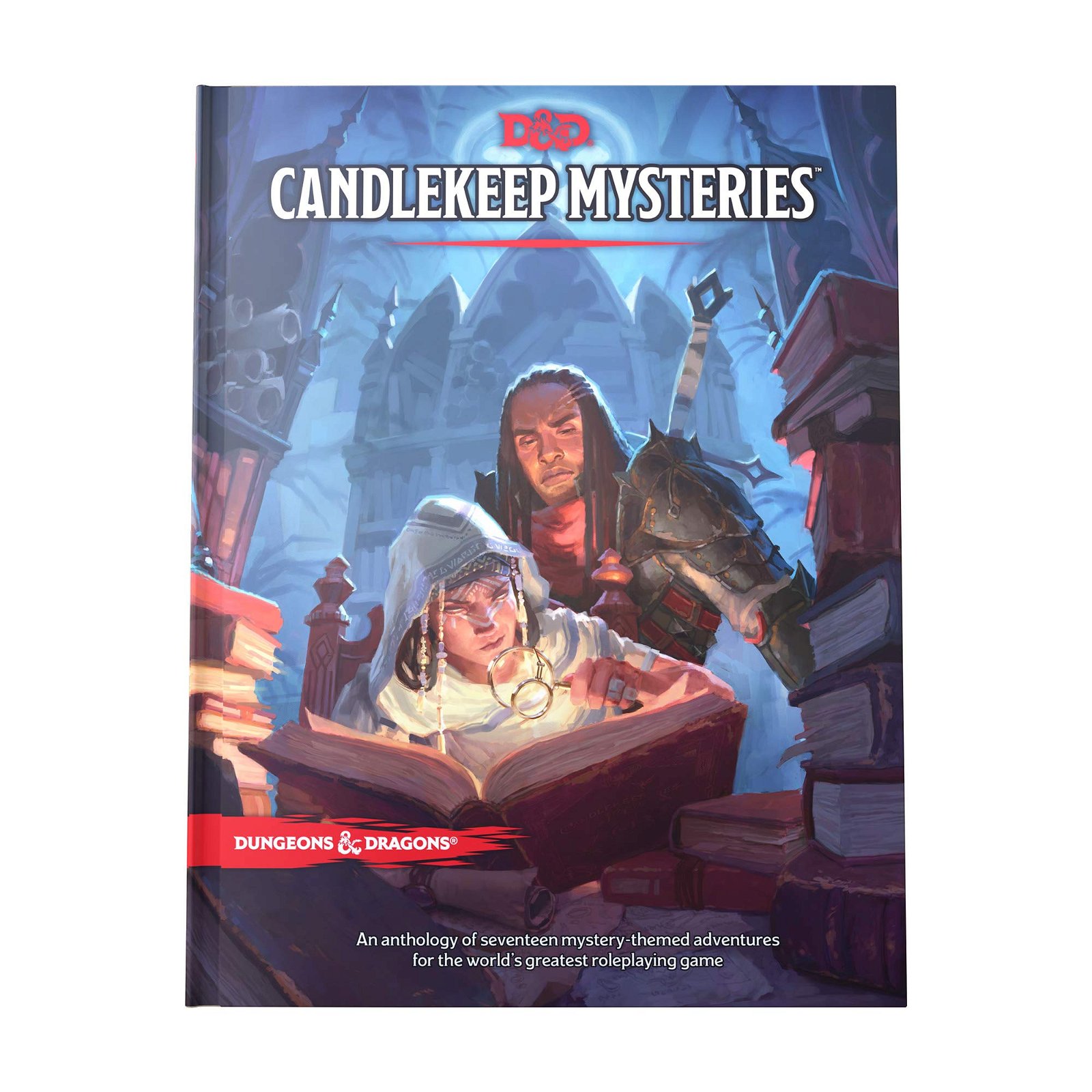