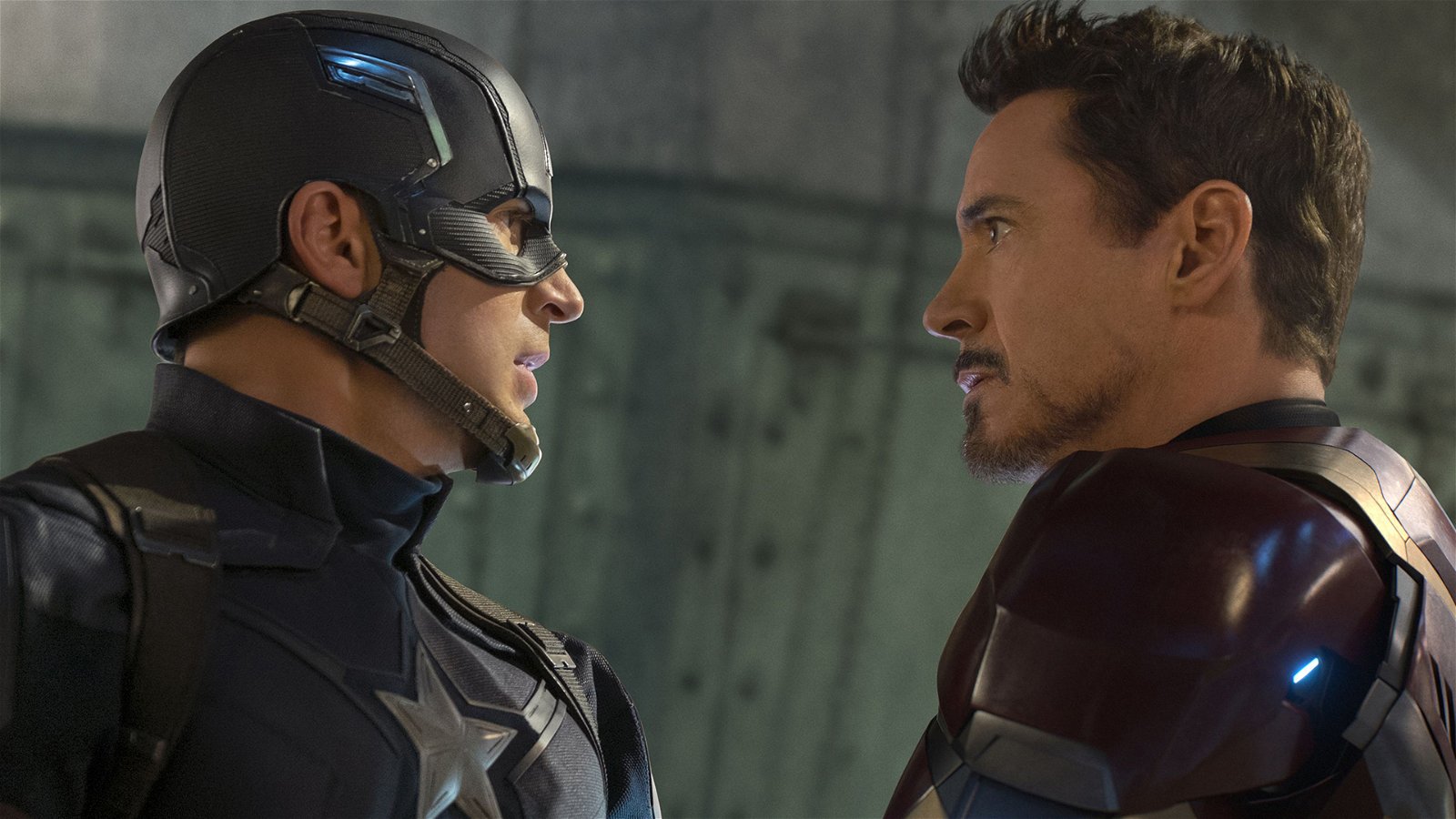 It took 8-years to get to Captain America: Civil War and everyone involved in Marvel went out of their way to ensure the payoff was worth it. The movie takes the two biggest complaints about the Marvel formula and turns them into primary plot points. The big issues so far are that the villains underwhelm (aside from Loki of course) and every movie ends with the same city-destroying climax. So this time there aren’t really any villains, just superheroes fighting and they are all fighting about the collateral damage they’ve caused over the years. Pretty clever, guys. Captain America: Civil War is the ideal cinematic equivalent of a big, glossy, epic crossover event comic book with all the fixins. Longtime nerds who fantasized about superhero blockbusters in the pages of Wizard magazine the despots of internet message boards never would have dreamed they could one day experience a movie like this. Civil War makes no concessions to new audiences because the entire world are now Marvel Nerds entrenched in cinematic continuity. This thing just dives into crowd-pleasing from frame one and doesn’t come up for air until the credits roll and everyone in the audience has a big dopey grin on their face.

Now, you already know the set up for this flick based on the trailers, hashtags, and seemingly never-ending hype machine, but movie review convention dictates that I must outline it once more, so I’m doing it right now. Things kick off with a mission led by Captain America (Chris Evans) and his new Avengers cohorts (see the last scene of Age Of Ultron for the line up) goes wrong with some civilian bodies piling up at the hands of Scarlet Witch (Elizabeth Olsen). Secretary Of State Thaddeus Ross (William Hurt, officially confirming his forgotten Hulk movie as canon) then calls the Avengers together to present a new mandate from the UN insisting that superheroes no longer operate in autonomy, but must get permission from the international organization before causing a ruckus to avoid any further tragedies. A now extra guilt-ridden Tony Stark (Robert Downey Jr.) is all for the idea and takes charge of the sign up process for all superheroes. Cap on the other hand doesn’t care for that idea, both as a mild stab at political commentary about the Tea America’s love of international imperialism as well as because it interferes with his plans to track down his former buddy The Winter Soldier (Sebastian Stan) to wrap up dangling plot threads from his last movie. Things get messy between the two marquee Marvel heroes and lines are drawn in the sand to set up a big battle scene. Meanwhile, a mysterious n’ powerless villain named Zemo (Danial Bruhl) is traveling around torturing and killing Hydra agents to get information about a mysterious Winter Soldier mission from 1991.

So that’s the story and the movie sticks to it, essentially taking only the namesake concept and central figures from Mark Millar’s 2006 namesake comic event. Things starts out as a fairly straightforward sequel to the brilliant Captain America: Winter Soldier with all of the Bourne-eque grounded action and lightly political espionage that suggests. Then when the big conflict is put in place, the movie gradually grows into a massive Avengers movie, serving up the most satisfying superhero shenanigans to hit screens since the first entry in that franchise broke records. Immense props must be given to co-writers Christopher Markus and Stephen McFeely as well as co-directors Anthony and Joe Russo for throwing so many balls into the air and managing to juggle them all. This is a massive superhero ensemble picture and yet every icon on screen gets their due. That shouldn’t be possible. Yet, here we are.

Chris Evans and Robert Downey Jr. are obviously at the center and carry the movie with ease. They fit so comfortably into their roles at this point that it’s a pleasure just to see them do their thing, each pushing a little bit farther into weighty emotional territory than ever before and pulling off that transition perfectly. Surrounding them is every damn Marvel cinematic hero to date not named Hulk or Thor and they all get at least gets a big moment. Some characters are able to add depth never afforded to them in limited screentime before now like Paul Bettany’s Vision and Elizabeth’s Olsen’s Scarlett Witch, which should help them feel like fuller characters in future Marvel endeavours. Others are basically given extended cameos for comedic relief and they add quite a bit to the party, especially Paul Rudd’s Ant-Man who confirms his place as the new go-to funnyman for Marvel. Amidst it all, Sebastian Stan’s Winter Soldier finally wraps up his 3-movie arc in a satisfying way, even though he’s sort of been reduced to a B-plot this time. It’s kind of amazing how everyone slots in so well, but that would only be possible with the 12 movies worth of groundwork that it took for Marvel to reach this point in their unprecedented experiment in long form cinematic superhero storytelling.

As I’m sure you’ve heard by now, two new and major heroes debut and the Russo brothers set them up for bigger things down the road beautifully. Chadwick Boseman’s Black Panther adds a regel presence out of his costume and a slickly powerful force behind the mask. He weaves in and out of the tale laying down some big origin beats for his MCU debut and by the end it’s safe to say that fans will be giddy for his solo picture. Meanwhile, Tom Holland serves up an awkward teenage Peter Parker that nerds could only dream about previously. He isn’t around much, but just enough for a delightful mentor relationship with Tony Stark to emerge and more importantly for his web-slinging wonder to be revealed. When Spider-man swings through the big, glorious, superhero battle, he does so with such perfect physical prowess and delightfully self-defensive wisecracking that fans will quickly forget the last few Spidey failures. In just a few short scenes, the Russos deliver a teenie bopper Spider-man that feels definitive and we all need to thank a higher power and/or Kevin Feigie for bringing Marvel’s flagship hero into the MCU where he belongs.

Given the mixture of sprawling ambition, continuity expansion, and knock-about fun the Russo’s serve up in Civil War, it’s safe to say the movie occasionally stretches a little too far and misses perfection. The lone villain bumbling about is even weak by Marvel’s lowered standards and the movie never quite wraps up with a satisfying button for the sake for setting up future narratives. Thankfully, these are but minor blemishes. The big superhero battle royal at the center lives up to all the hype you’ve heard and tops every action figure fantasy that’s ever rolled around in your head. The Russo’s outdo themselves and pretty well every other superhero movie in history here, juggling so many amazing sights and beloved characters that it’s popcorn bliss in manner few blockbusters have ever offered. The sequence so jaw-dropping good that the filmmakers could never top it in their final fight and don’t even bother to try. Instead, they go The Empire Strikes Back route and deliver a personal battle with suddenly high emotional states. It hurts because it’s impossible to root for a rightful winner and no matter what the fight will leave the whole MCU in a broken state. Here again, the Russos manage to capture the magic of ongoing superhero storytelling, where huge events can change everything while still leaving viewers wanting more and desperate for the next Marvel release. Well played boys. You deserve Infinity Wars, you’ve proven to be Marvel movie masters.

So, the good news is that Captain America: Civil War is absolutely everything that it needs to be. This will undoubtedly be the blockbuster of the summer, serving up satisfied smiles to children and regressed adults of all ages. There will be big applause at theaters on opening weekend and deservingly so. For those who love superhero flicks, this is “what if” scenero that delivers everything you could possibly want in ways that you won’t possibly expect. The filmmakers show obvious solutions to every problem that plagued Batman V. Superman, taking a similar concept and adding all the absent joyous fun while also serving up higher emotional stakes only possible with all of the well-earned audience attachment to these characters thanks to every Marvel movie that came before. It’s a crowd-pleaser in all the right ways and deserves every dollar it earns on the way to inevitably busting a few box office records. More than anything else, it’s just nice to see a movie that delivers all the pleasures this geeky lad had spending hours flipping through comic book pages during my wasted youth. This delivers all the pleasures of those crossover event comics that we know so well and even if it lacks the sense of satisfying closure that The Avengers provides, comic books were always designed to leave readers wanting more. So if anything, that just makes this cinematic aping of the old form more accurate. Civil War will be a tough act to follow with Infinity Wars, yet with the Russos in charge, they probably already know exactly how they’ll get the job done. Bring it on.

Final Thoughts
Civil War delivers all the pleasures of those crossover event comics that we know so well and even if it lacks the sense of satisfying closure that The Avengers provides, comic books were always designed to leave readers wanting more.
More From CGMagazine 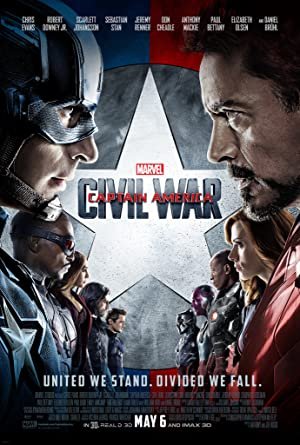