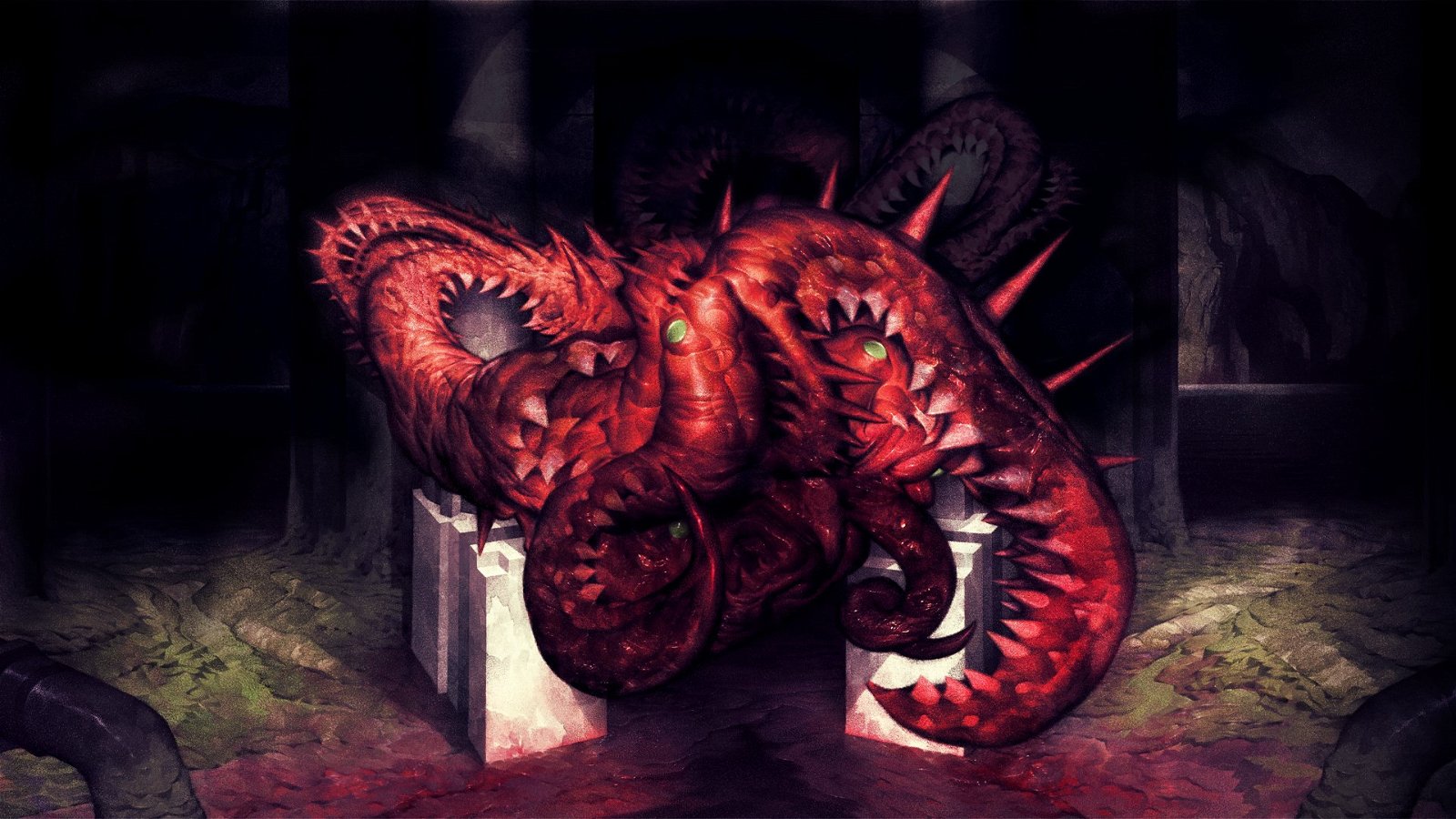 I’ve got to hand it to Phobia Game Studio for capitalizing on such an easy and simple premise for a video game. Rather than playing as a Gordon Freeman or Morgan Yu — the scientist caught up in the midst of an alien experiment gone awry — they took the less-traveled path and decided “To hell with being the good guy, wouldn’t it be way more fun to play as the monster?” And, for the most part, yes, it is. Carrion is by no means a perfect game, but it’s stylish, controls well, and allows you to take on the role of a Lovecraftian mass of flesh and tentacles that feeds on chump scientists who flail about helplessly as you tear them limb from limb and consume them with one of your many, many mouths. And that’s pretty rad.

Carrion is a Metroid-vania style game, which means it’s 2D, involves exploring a vast map with plenty of backtracking, and provides you with handy powerups that allow you to engage in combat more efficiently and unlock previously inaccessible areas. Your lil’ monster begins as a wee fella who escapes from a containment facility and must make its way through a labyrinthine set of tunnels to make it outside to the city and more delicious humans. As you progress through the levels, you’ll find various upgrades that allow you to manipulate and remove various barriers blocking your way, unlocking new levels and more hapless scientists to feed on. While this is all stock-stand Metroid-vania gameplay, what Carrion does differently is locking certain powers to certain evolutions of your monster. There are three different stages of monster, each with different powers. The levels have special areas that allow you to “de-evolve” in order to regain necessary abilities, and then you can go back and consume your bits and pieces left behind in order to become large and in-charge again. Of course this means sacrificing offensive powers and defensive strengths in order to progress, but it’s a neat twist on a well-tread genre that helps Carrion stand apart in a crowded genre.

The game controls extremely well, even on a console, and traversal throughout the levels feels (and sounds) awesome. The player’s character is a mass of flesh, mouths, and tentacles, and it uses these tentacles like Tarzan’s vines to whip through the levels on both axes. The “thwip” and “squish” noises are fantastically sinister and unsettling and will stay with you long after playing. In any game that requires constant movement back and forth, enjoyable traversal and fluid controls are a must, and in this category Carrion kills it. While the powers leave much to be desired as far as usefulness and variety goes, the simple act of using your tentacles to grab and consume terrified humans is both satisfying and tight. Using a joystick for this isn’t the most intuitive, but the developers made it work quite well. The game’s visuals are simple, pixellated 2D but are doused in vibrant colours and neat little details. Unfortunately, many of the environments begin to feel a little same-y by the end of the game, but given the game’s setting this isn’t much of an issue. It is what it is.

As cool as the game’s concept is, and as well as it controls, there are definitely a few glaring issues that make the title a tad frustrating. Chiefly, the lack of a map or any real kind of indication towards progression or direction. Exploring new areas and slip-sliming your way through caves, hallways, and underwater caverns is fun, but at some point you’ll find yourself unsure of where to go, or what you’ve already explored and what still needs to be done. I hate to admit it, but I actually had to google a walkthrough at one point only to figure out I had “beaten” the game ages ago and merely needed to find an exit. With the levels all looking pretty similar and no…mission log — for lack of a better term — you may find yourself at a loss for where to go or what to do. This is something that can easily be fixed for a sequel, and even if the devs wanted to keep it thematically appropriate to not include a map, some mechanic that every now and then will nudge you in the right direction would be greatly appreciated. Wandering the levels for an hour unsure of what to do or where to go definitely put a damper on my experience. Another area I found lacking was enemy types and combat. You basically only fight 3-4 enemy types throughout the whole game, and there were zero boss fights. The former wasn’t a huge problem because whatever, you’re mostly just trying to eat people or clear the room and move on, but the complete absence of boss fights in a genre that is pretty famous for having some of the best in the industry was a glaring omission that really stood out to me.

Carrion is a very cool concept that controls well and has a fantastic style. The presentation, especially the audio, is excellent and the game has a unique identity and a very cool twist on a played-out genre. Frustrating progression, the lack of a map, and simple, repetitive combat definitely hurt the game a bit, which is a bummer because the concept is awesome and a huge plus for any fans of The Thing or The Blob or basically anything Lovecraft ever put to paper. If there is a sequel, and I hope there will be, all of these issues are easy fixes. Add a map, maybe some kind of quest log and a few boss fights and bam! You’ve got yourself a hell of a sequel. All in all a very cool game with a few rough edges.

Carrion is a very cool concept held back by frustrating map design and repetitive combat. 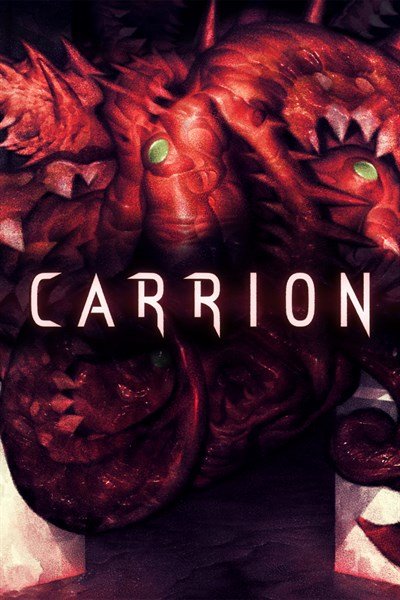