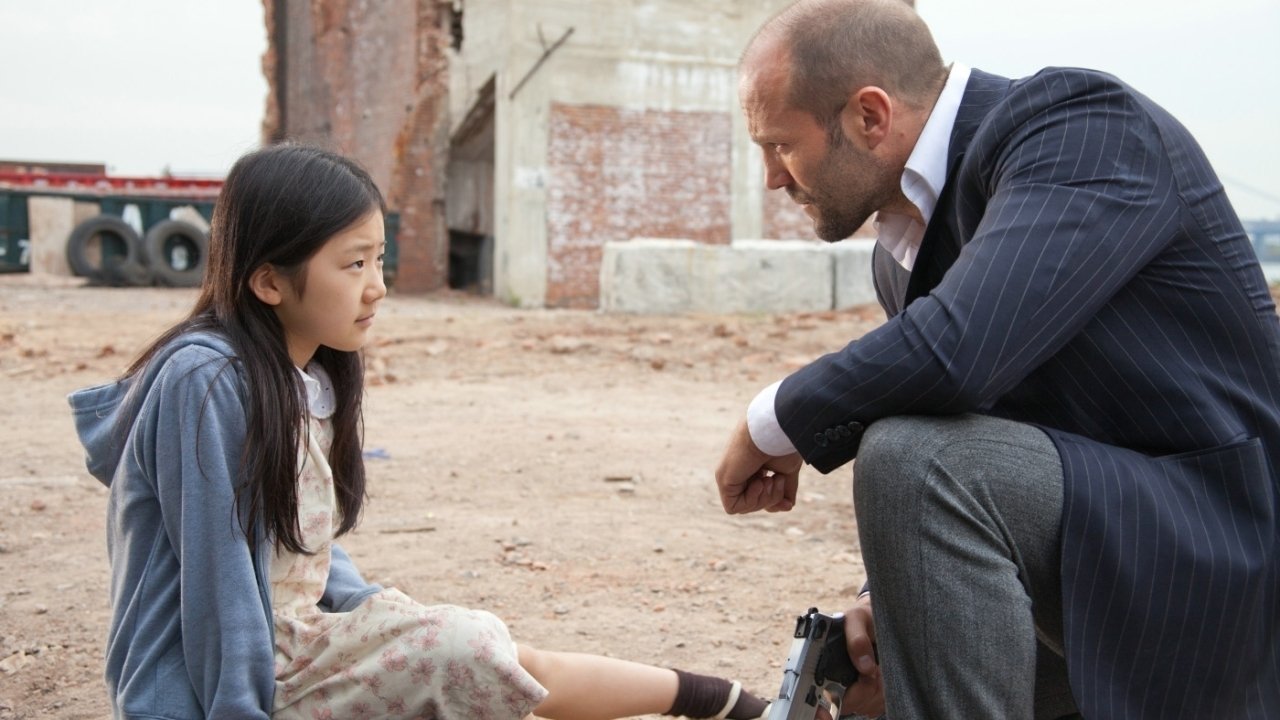 It’s been 6-8 months, so it’s time for Jason Statham to make a growling return to big screen ass-kickery. The last true action star and a hero for bald men everywhere, Statham is an undeniably compelling screen presence. Capable of handing out smackdowns in a variety of ways while growling out oneliners with a fierce deadpan wit and grizzled cockney accent, the man was born to headline action movies.

Unfortunately the straight up action flick isn’t the box-office defining spectacle it once was. Now you need CGI aliens or spandex clad superheros to headline a blockbuster and action starts like Statham have been relegated to mid-level productions. Sure, Statham has found his way into a couple of genre classics like the Crank series and The Mechanic, but for the most part the guy makes pulpy trash. That’s the category that his latest movie Safe snuggly fits into and while it’s certainly not something you’d be desperate to watch more than once, it’s at least a competent entertainment machine that goes through the motions quickly and efficiently. If all you want out of a movie are fisticuffs n’ shoot ups, I suppose you could do worse. Just make sure to keep your expectations suitably low.

Like most action movies, the story is idiotic so let’s start there. It opens with a 12-year-old Chinese girl with a photographic memory and a gift for math (racist? Maybe if the movie were meant to be taken even remotely seriously). She’s kidnapped and shipped to New York to work for the Triads, who use her as a human calculator/memory stick for all their numbers rackets. One day, they have the girl memorize a particularly complex code for a shady deal involving millions of dollars and some crime-loving Russian competitors attack her Triad entourage in an attempt steal the girl away along with the info contained in her mushy genius brain. She’s a smart little sucker though and quickly escapes. That’s where Statham comes in (Don’t worry, it doesn’t take as long as it sounds for him to arrive. This is a dumb action movie after all, so what I just describes whisks by in 5-10 minutes max). Statham is a down on his luck suicidal ex-cop living on the streets. He’s about to jump in front of a train when he sees the girl fleeing from the Russian mob and inexplicably decides to save her life. Of course, that involves getting caught up in a gang battle with millions of dollars on the line. Thankfully he is Jason Statham, so all that means is that he’s got to kick the crap out of a pile of bad guys until he’s got a bag of money and a platonic little girl best friend to drive off with into the sunset.

So, the good news is that obviously Jason Statham does his thing in the movie, spitting out killshots and sarcastic one-liners with equal speed and skill. As always, the cranky action star is clearly aware of the idiocy he’s headlining and gently winks at the camera, letting the audience know he’s in on the fun a la Arnold Schwarzenegger. It would be nice to say that the filmmakers in charge were also in on the joke, but sadly that’s just not the case. Boaz Remember The Titans Yakin writes and directs without a hint of irony. Somehow we’re supposed to take all of the macho posturing seriously no matter how ridiculous that seems. The production design suggests the gritty, filthy New York of the 70s/80s and the team of semi-recognizable character actors in the villain roles seem to be treating the material with an undeserved reverence as well. Someone should have told them an action flick centering around a kidnapped pint-sized math prodigy can’t be played with a straight face and even if they all missed out on that memo, they should have at least figured out it wasn’t going to work when a embarrassingly wooden young actress was assigned to the role (Catherine Chan in her first and hopefully last feature film). The action is indeed competently handled, but without a compelling narrative to hang it on or even a lightly self-mocking tone it doesn’t mean that much.

I don’t mean to be too hard on Safe. I mean, it’s not as if anyone involved had ambitions or expectations for the project that stepped above B-movie glory. It’s just that an action movie needs just a little bit more than a star at the center and decent set pieces. Granted, having those two things is enough to make a little money and please the least demanding genre audiences for 90s minutes. That’s certainly the case here and I’m sure the thing will play just fine for a certain crowd. You get what the poster promises and at least the movie isn’t a complete waste of time like say The Transporter 3. However, considering the fact that Statham is pretty damn good action star and at 44 not getting any younger, the guy really deserves to have a couple more genuinely impressive action movies under his belt. Anyone in his genre has to make junk most of the time, but surely there are better movies out there for him to be star in than Safe. Let’s hope that at least one of the six movies he’ll inevitably shit out over the next two years with actually be worth his time.

I donâ€™t mean to be too hard on Safe. I mean, itâ€™s not as if anyone involved had ambitions or expectations for the project that stepped above B-movie glory. 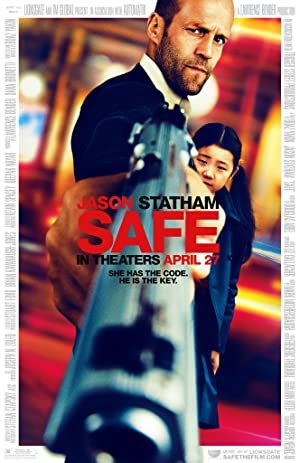