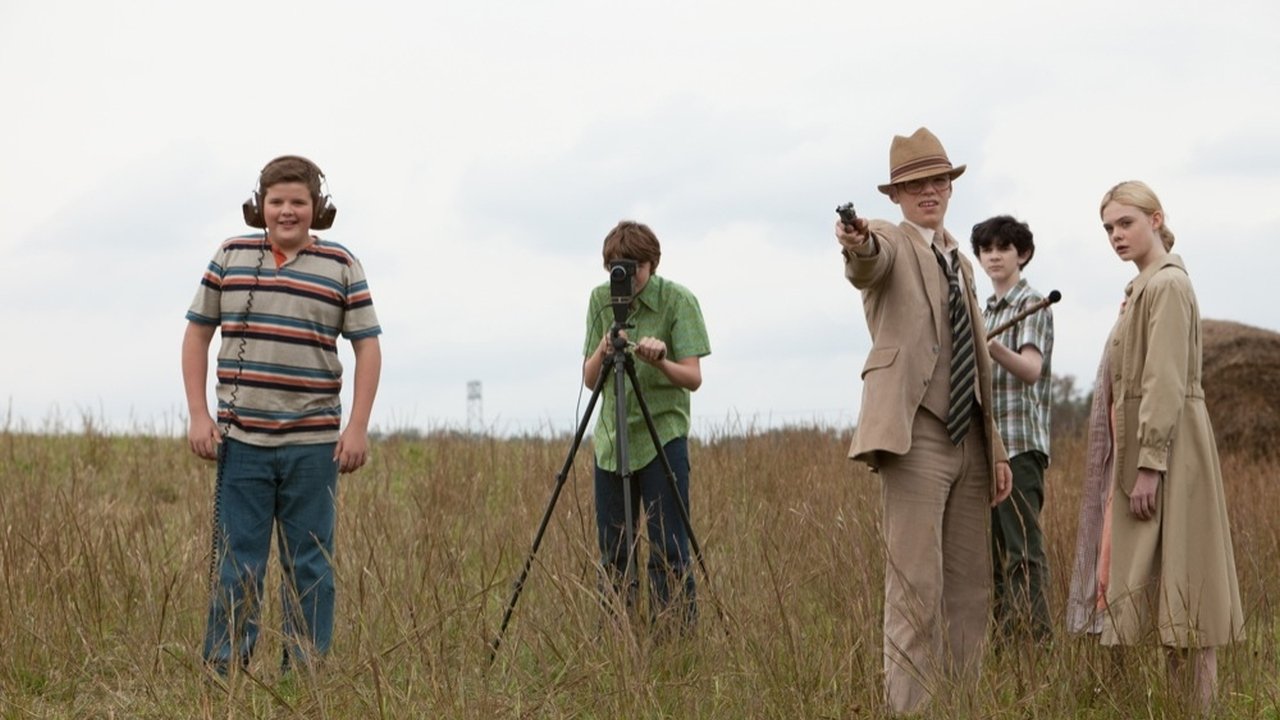 Super 8 combines the absurdly profitable talents of writer/director J.J. Abrams (Alias, Lost, Star Trek) and producer Steven Spielberg (he’s a brand name, you know the movies) for a coming-of-age alien adventure that feels ripped straight out of Spielberg’s late 70s/early 80s cannon. Call it rip off or homage, but at least it’s the most efficient and effective entertainment machine to arrive on screens so far this blockbuster season. The film opens with the old Amblin Entertainment logo and that’s entirely appropriate because the project is deeply reminiscent of the old Spielberg-lite titles that the great bearded one produced for other directors through Amblin in the 80s like The Goonies, Gremlins, Poltergeist, or Back To The Future. Hell, Super 8 is even set during that time period. Watching it is like getting into a supped up Delorean and going back in time to discover a lost summer classic. If any of those Amblin titles means something to you, get ready for nostalgic blockbuster bliss. It’s not perfect, but it’s the closest thing to Spielberg’s patented brand of summer entertainment to come along in years.

The story revolves a group of pintsized amateur filmmakers from an idyllic Spielbergian small town. While shooting an amateur zombie movie they accidentally catch a train crash on film and find a mysterious creature in their freshly developed footage. Soon, a monster is terrorizing the town, the army gets involved, conspiracies abound, and the kids’ broken families are mended through the tragedy. It’s a classic Spielberg set up handled well by Abrams, who downplays his own personal filmmaking style in favor of Steven’s classically framed action and wonderment. Abrams nails the action set pieces and his TV writing background ensures that the script offers a fully developed plot and characterizations through a minimum of screen time. It’s efficient writing and directing that makes for an incredibly entertaining experience with little breathing room and features strong performances from a cast of unknown youngsters. However, Abrams also proves to be less adept at the emotional side of his storytelling than his prestigious producer. They guy clearly knows how to entertain, but he doesn’t quite have Spielberg’s ability to move his audience just yet.

There’s a funny scene early on in Super 8 where the film’s budding child director explains to his friend that he added a love story to his script so that his audience would be more invested in the characters when the action kicks in. That seems like Abrams’ plan with Super 8 as well. He knows emotional content will reel his audience into the fantasy world, but doesn’t really know how to construct those sequences as well as the action and intrigue. His attempts to capture young love, broken families, personal tragedies and humanize his monster certainly increase audience investment, but those themes don’t resonate as strongly as they do when Spielberg is in charge. Like the budding filmmakers on screen, Abrams is just using these themes as another form of manipulation and it never feels as personal or relatable as similar material in Close Encounters or E.T. It’s clear that Spielberg is always genuinely moved by the emotional content of his movies, but for Abrams it’s just a mechanical heart at the center of his entertainment machine. When Spielberg is at his best, his blockbusters can feel like personal film on a grand scale. Super 8 should have felt that way too, but it falls short ever so slightly. There’s enough emotional content to get the job done, but it won’t stick with you like a pure Steven Spielberg joint.

Fortunately, that’s a fairly minor criticism in an otherwise solid blockbuster. Super 8 might not reach the emotional crescendo of Close Encounters that Abrams so desperately desires, but this is Spielberg-lite not Spielberg-proper. The Goonies wasn’t as resonant as E.T. either and that didn’t stop it from being first rate, giddy entertainment for a generation. Whether or not Super 8 will end up being as fondly remembered as the old Amblin movies remains to be seen, but the at least the film can withstand those comparisons. This J.J. Abrams fellow is clearly growing as a filmmaker. There’s a sweetly nostalgic air to the amateur filmmaking sequences that feels deeply personal. Those scenes show signs of growth in Abrams’ abilities as a storyteller even if the tone sadly doesn’t extend to the entire project. . The summer movie season needs more natural cinematic storytellers like him and the guy feels like he’s inching closer to major breakthrough.

Final Thoughts
Super 8 might not reach the emotional crescendo of Close Encounters that Abrams so desperately desires, but this is Spielberg-lite not Spielberg-proper.
More From CGMagazine 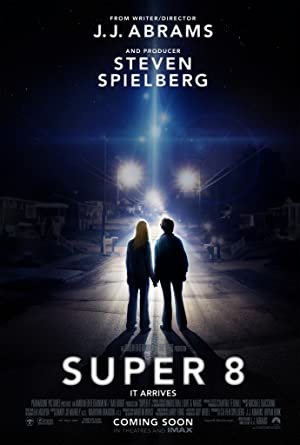