Beyond The Black Rainbow (2010) Review 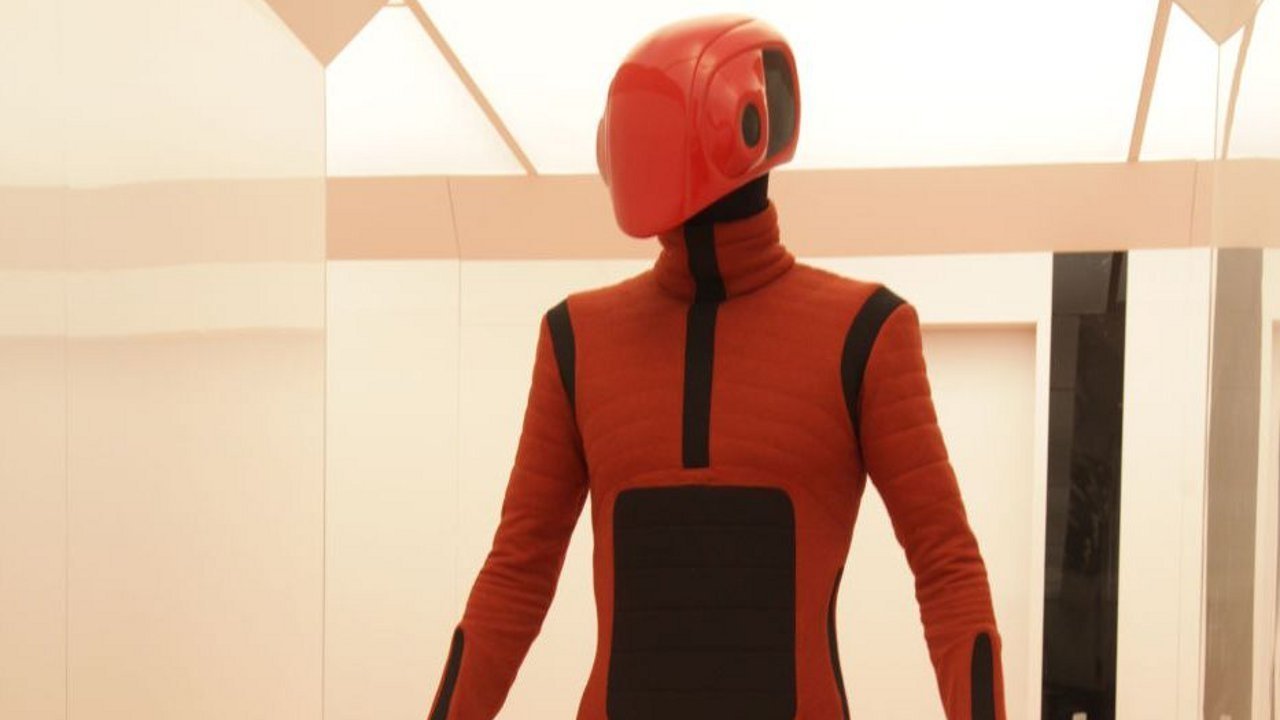 Last week, we all got the opportunity to be disappointed by Ridley Scott’s Prometheus and learned that in the world of franchise-focused contemporary blockbusters there just isn’t room for those 70s sci-fi flicks of yore.

Well, if you’re someone who loves movies like Alien, THX 1138, Scanners, Silent Running, or Dark Star, then you’re in for a treat. First time director Panos Cosmatos (son of George P. Cosmatos who brought us Rambo: First Blood Part II and Cobra) has delivered a movie that isn’t just influenced by that special era of dark, twisted, mind fuck science fiction, but has recreated that aesthetic with such a dedicated attention to detail that it’s easy to forget you’re watching a movie that was made today. Sure, it doesn’t make a hell of a lot of sense when judged purely on narrative. This isn’t a movie that is really about that though. It’s more of a sensory experience, one that will drill into your brain and dance around in the gooey innards as you look on in confused awe (and yes, that should be considered a good thing). 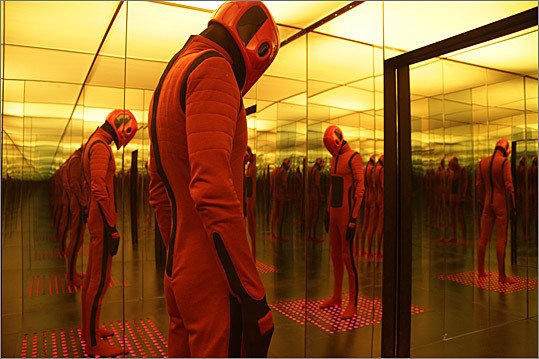 What Cosmatos does offer as a narrative is a twisted tale of repression, psychological torment, psychic powers, and a truly bizarre alien presence. Set in a fictionalized 1983 as imagined by lost 70s sci-fi filmmakers, Eva Allan stars as Elena, a young girl who has been imprisoned by the mysterious institution Arborin for unclear reasons. She’s constantly sedated and probed daily with odd questions from Dr. Barry Nyle (a deeply creepy Michael Rogers). She’s told she’s sick by a doctor delving into a variety of personal issues with the girl who gives no response. The constant tests reveal that Elena has some sort of psychic powers and eventually the good doctor takes a pill promising him answers that come in an almost indescribable drug trip not too far removed from the infamous climax of 2001: A Space Odyssey. Like I said, it doesn’t make a hell of a lot of sense, but boy oh boy does the filmmaker offer a wild ride.

Taking his cue from 70s midnight movies like Eraserhead and El Topo, Cosmatos whips up an trip out movie that seems to raise all sorts of existential questions without offering much in the way of answers. However, that experience isn’t as frustrating as the one offered by Prometheus given that it’s a style of filmmaking that doesn’t require things to be wrapped up in a fully explored package. Nope, this is more of a stylistic experiment to get lost in, brining up a variety of evocative themes and ideas purely to be explored in the imagination of the viewer rather than through the word processor of the screenwriter. Like Daft Punk’s underrated Electroma, Beyond The Black Rainbow recreates the odd wonder and drug enhanced style of past stream-of-conscious mind game movies perfectly. Unfortunately there isn’t really a venue for these movies to play for like minded weirdos these days, because Beyond The Black Rainbow would surely be an instant hit with a certain crowd.

Not just a case of style over substance, this is a film where the style is the substance. It’s a movie designed for audiences to get lost in an eerie atmosphere and come out the other side with their own interpretation of what it all was supposed to mean. Make no mistake, it’s a confounding experience that will frustrate plenty of viewers. This isn’t for the masses, it’s for audiences you don’t mind having their brain teased. Cosmatos recreates the 70s sci-fi aesthetic perfectly from the blinding white walls, to the found location future architecture, the (now) retro future fashions and hair styles, and some lovingly crafted in-camera effects that might not have the polished sheen of CGI, but feel far more believable because they have a basis in physical reality. He’s also enough of a fan of this genre to realize that sound design is as important as a visuals and supervised an oppressive wall of ambient sounds and a hypnotic soundtrack composed on vintage analogue synthesizers by Black Mountain’s Jeremy Schmidt with a very John Carpenter-esque feel. The aesthetic is nailed so perfectly that if you watched the movie without knowing when it was made, you would assume it was a lost classic. That’s not hyperbole, the style recreated that well.

The only unfortunate thing about Beyond The Black Rainbow is that while an audience for the movie definitely exists, it’s hard to say how or when those like-minded somewhat insane folks will find it. The thing is designed to be seen on a big screen where the eye candy visuals and unsettling sound design will be overwhelming, yet without the assistance of a Hollywood marketing machine, who is going to find this thing? Cosmatos actually had to self-finance the film to get it made (using his inherited DVD profits from his late father’s Tombstone to do so), which is a sad statement on the independent film industry. Obviously, no one in a major studio is going to pay for a movie like this, but such a unique and wacko personal vision should be the basis of the independent film world. Unfortunately, that’s not the case anymore and Beyond The Black Rainbow is merely getting a cursory theatrical release before vanishing into the land of shiny movie discs and streaming services. Inevitably, like-minded viewers should discover it in the privacy of their homes where herbal and narcotic viewing enhancements will be readily available. An audience will probably find this movie eventually, it’s just a shame that can’t happen on the big screen anymore. Viewers should be able to come out of a theater feeling equally shell-shocked, confused, and impressed from time to time. It keeps you on your toes.

The only unfortunate thing about Beyond The Black Rainbow is that while an audience for the movie definitely exists, itâ€™s hard to say how or when those like-minded somewhat insane folks will find it. 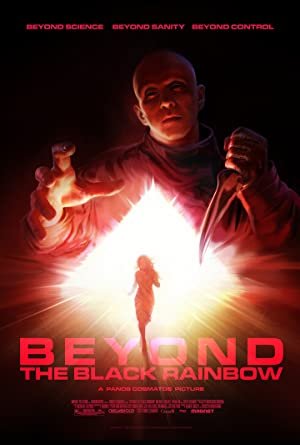