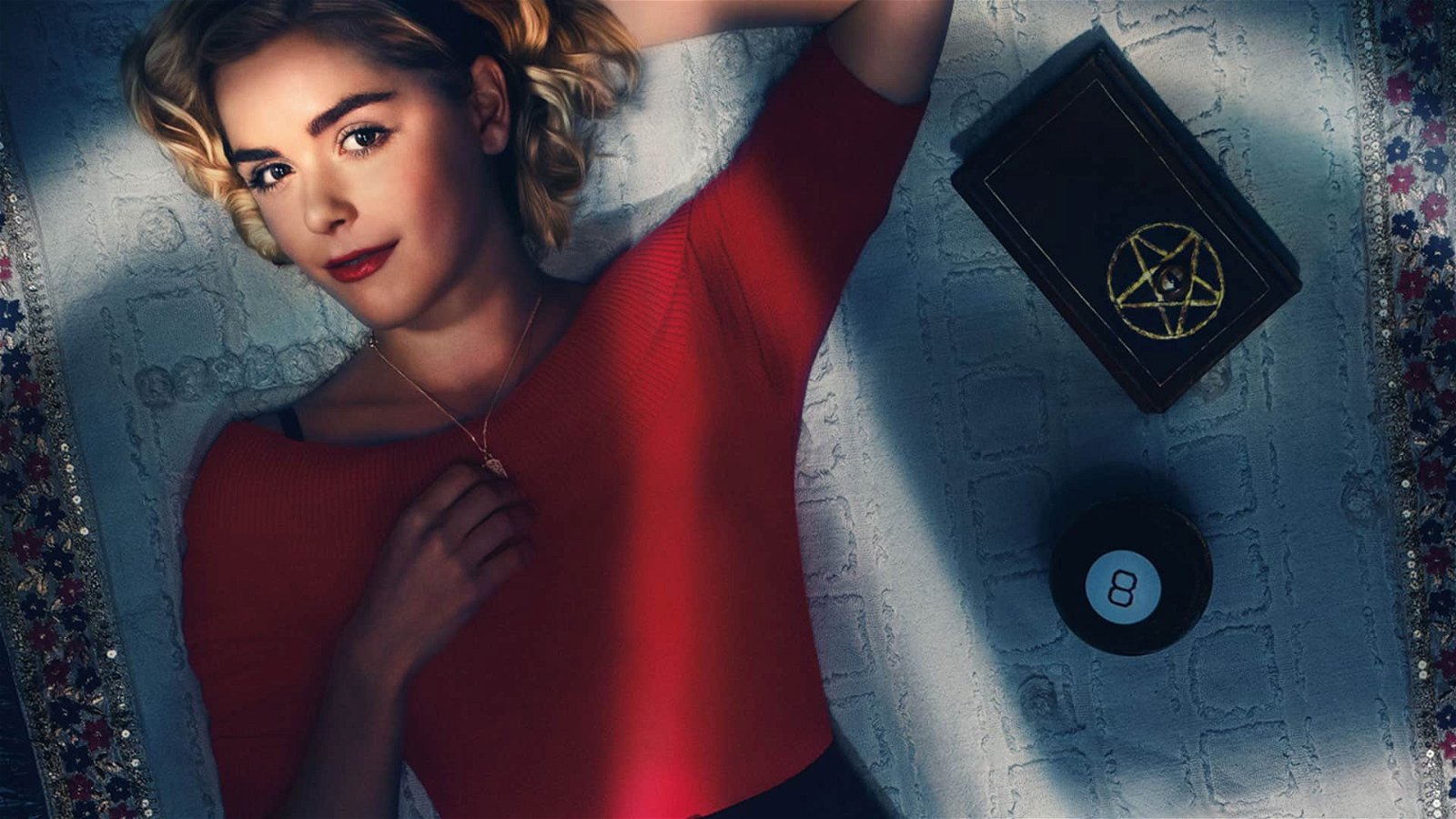 There's a lot of angles a Sabrina show could take. You could go the nostalgia route and re-create the  Melissa Joan Hart series: it's the most obvious choice.

Then you have the tie-in with Riverdale, which is pretty much a guaranteed way to pack in a base from the get-go. The powers that be decided not to do that. Instead, we're getting a sufficiently spooky version based on the more mature Archie Comic series. That works for me.

With an incredible swath of artwork to draw from, Sabrina knocked me off my feet with its intro. It's essentially just a pastiche of comic art but it immediately clued me into the fact that the showrunners respect the source material and that I was in for a ride. The town of Greendale is rife with mystery and normalcy, a balance that Sabrina manages to strike quite well. We're quickly made aware that Sabrina herself is a half-witch, half-mortal. Okay, so no boring filler origin story; let's go!

There are many sides to the show that seem to dance on the head of a pin. We see bits of idyllic small-town life as Sabrina smiles to herself after a cute date and dances into her abode. The '60s soundtrack is a nice touch (laptops and a few other anachronistic cues make sure to remind us that we're absolutely not in the '60s, though the timeline is allowed some freedom), as is Sabrina's horror geek-out crew.

Naturally, these adventures are chilling, after all, not focused around chill, so a witch beef kicks off the main storyline: clearly involving Sabrina's "half breed nature." And with that trite trope, Sabrina is in trouble, and her equally charming aunties are here to help. There's a lot of exposition here to help facilitate things (and thus avoid the aforementioned origin angle) but it never crosses the line. These characters, even the ones we're not supposed to like, are likable. When you hear the explanations, no matter how silly, come from their mouths it feels more acceptable.

So how R-rated is it? Well, let's just say they didn't waste the opportunity of running on Netflix. There's plenty of blood, macabre themes, gore, and hefty use of phrases like "Succubitches." Even if there is an abundant use of CGI the creature designs are memorable and suit the show well. There's a lot of room for growth here given the creative direction so far. To say this is a more macabre than the sitcom is an understatement. There's some creepy and disturbing imagery in here on the level of HBO, Showtime, or any other network.

It's an enjoyable romp, especially for the first few episodes, and halfway in it absolutely starts to rest on the laurels of the fantastic cast. Characters are either forgotten or their arcs slow to a crawl, like Salem: Sabrina's cat familiar that kicks ass in the first episode and is mostly relegated to a cute sideshow afterward. Other character arcs, like Sabrina's cousin, are often removed from the main narrative entirely until it decides to re-focus and give him more screentime.

After the core conflict, which I won't spoil here, thus begins the "Sabrina's secret identity will slowly be trickled out to her group of friends and boyfriend, creating various juicy drama" saga. It's not inherently a bad thing as it transcends the trappings of many other YA works and beats the hell out of "monster of the week." There's an air of camp to Sabrina but it keeps things in check.

With the five episodes of the Chilling Adventures of Sabrina we've been given for review (half the season) there's already some meandering, though the cast carries it and there are more than enough hooks to warrant a watch for this collective of witches. It doesn't matter much to WB or Netflix as the series has already been given a rare straight-to-two-season order, so expect plenty more chilling adventures to come.

Final Thoughts
Chilling Adventures of Sabrina manages to ascend the typical young adult show tropes, even if it doesn't fully escape them.
More From CGMagazine

↠ Only Murders in the Building Review 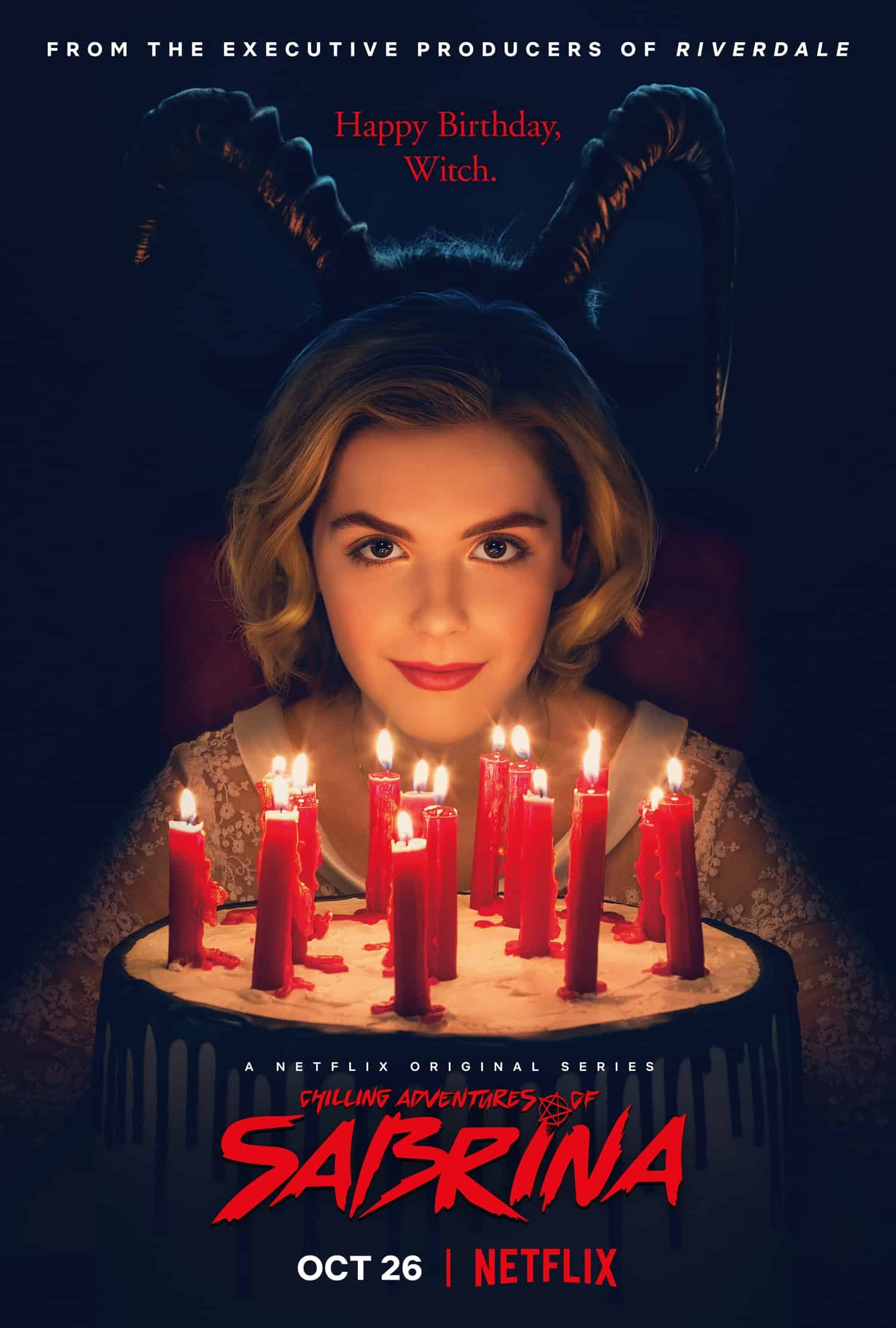