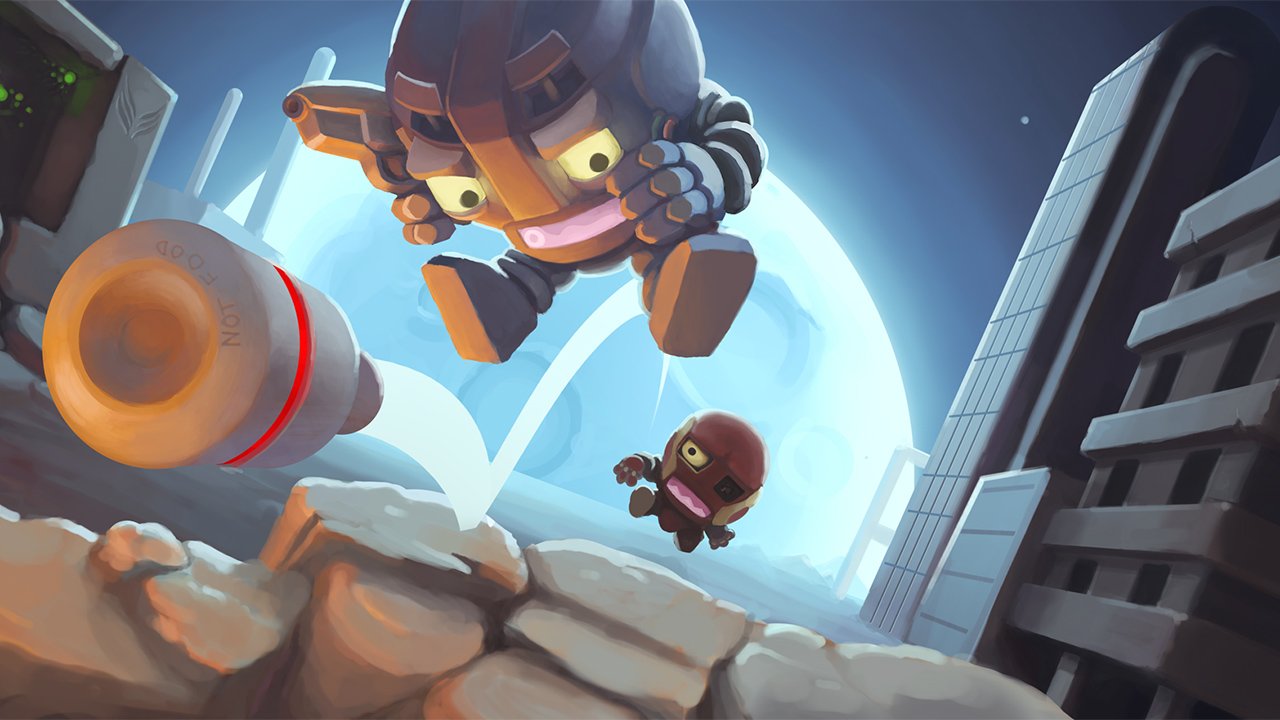 I really find myself throwing myself head-first into a wall with this game.

I like platformers, quite a bit, and I enjoy complicated systems and pickups. There’s definitely depth to Cobalt‘s system, but I feel that it lacks the variety and sustaining energy to carry it too far on the single-player front, which hurts its rather comprehensive system.

Cobalt follows a cyborg soldier of the same name, sent to the planet of Trucktopia in order to discover why the colony has gone silent. Cobalt runs, shoots, and sneaks through a variety of landscapes, searching for clues to the humans’ disappearance while writing reports on his findings. Maddened robots, mushroom people, and giant hamsters tend to make his journey rather violent and damaging, as explosives and bullets fly everywhere. Picking up firearms, grenades, and other devices gives you an edge while navigating the environment.

Visually, it’s pretty nice. The plants sway as you move past them, rich, deep colours darkening in the shadows. Flipping a switch illuminates a ruined lab, brightening the corridors. Everything moves smoothy, even in the more hectic animations. Cobalt becomes obscured in darkness, pieces of him break off when he’s damaged, and flames scatter around the environment. There’s a sense of desolation, even in mines or facilities filled with bandits, shouting out alarms and hurling grenades at you.

Combat is fast-paced in single-player, and I have to say it piques my interest with its variety of skills and options. Everything is done with the keyboard, and while it took a bit to figure it out (I am awful at playing tutorials and miss or skip them with alarming regularity), everything about what I did felt fairly consistent. Firefights are hectic affairs, with flames, explosives, and objects flying around at rapid speeds. Time slows down as bullets or explosives near you, giving time to react with bullet-deflecting rolls and leaps. Cobalt is mobile, leaping up walls and bounding over ledges, while sneaking up behind enemies and traps to smash them down. You can even tame and ride animals you find.

Get used to that formula, because you’ll be doing it over and over. I saw the same structure of caves several times in a mission, with the same loops over and alternate paths. The game has a Metroid-style progression of levels, with secrets and alternate paths, but I didn’t really feel an incentive to do them. Progressing through areas, the combat started to become stale, rolling and firing the few weapons I picked up to blow targets to pieces, occasionally blown to pieces myself. The map system unlocks challenge maps that require you to defeat enemies in a time limit or race to the end of the map, rewarding you with access to peaceful ‘trading’ maps with better weapons and items—though, again, I didn’t feel particularly motivated to do them.

Weapons drop plentifully, to the point where maps were littered with ordinance I couldn’t pick up. Exploring netted loot, and more fights that often left me in a smoking heap. The checkpoints are fair; they don’t punish you too much for getting caught or missing a timed roll, but repeating the same area quickly took the fun out of it for me. There was just a sense of repetition to the stages, lacking distinct structural differences—moving through screen taking a few paths around, and occasionally trying to sneak when guns-blazing didn’t quite work out so well.

What’s strange is that the game’s design and play-structure aren’t bad. Repetitive games are common, and many are still fun, which is the challenge in designing them. Cobalt takes this structure partly to allow others to design their own levels, and partly to have a multiplayer component. In the end, though, the game itself didn’t give a sustainable level of engagement. Hacking, for example, is a minigame of moving a ball through a series of mazes, and lockpicking moving tumblers into the right position—neither of which did much but slow down the game, especially since the tutorial didn’t bother to address them. There was also a request that we return to our ship to write reports—meaning to stand there while a text summary of our last level flowed past. I found this tedious, and ignored it for the most part. Small, problematic bugs, such as Cobalt shifting slightly while talking to NPCs, knocking him out of range to continue the conversation, dampened the play experience further.

What we have here is a charming little action game with a lot of detail—not every detail matters, but there’s solid effort put into making the machine work. That might keep it going.

What we have here is a charming little action game with a lot of detail—not every detail matters, but there's solid effort put into making the machine work. 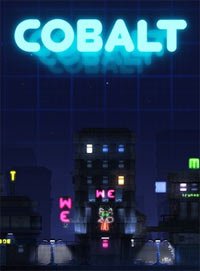