A Magical Odyssey of Death and Family
SCORE: 8.5/10 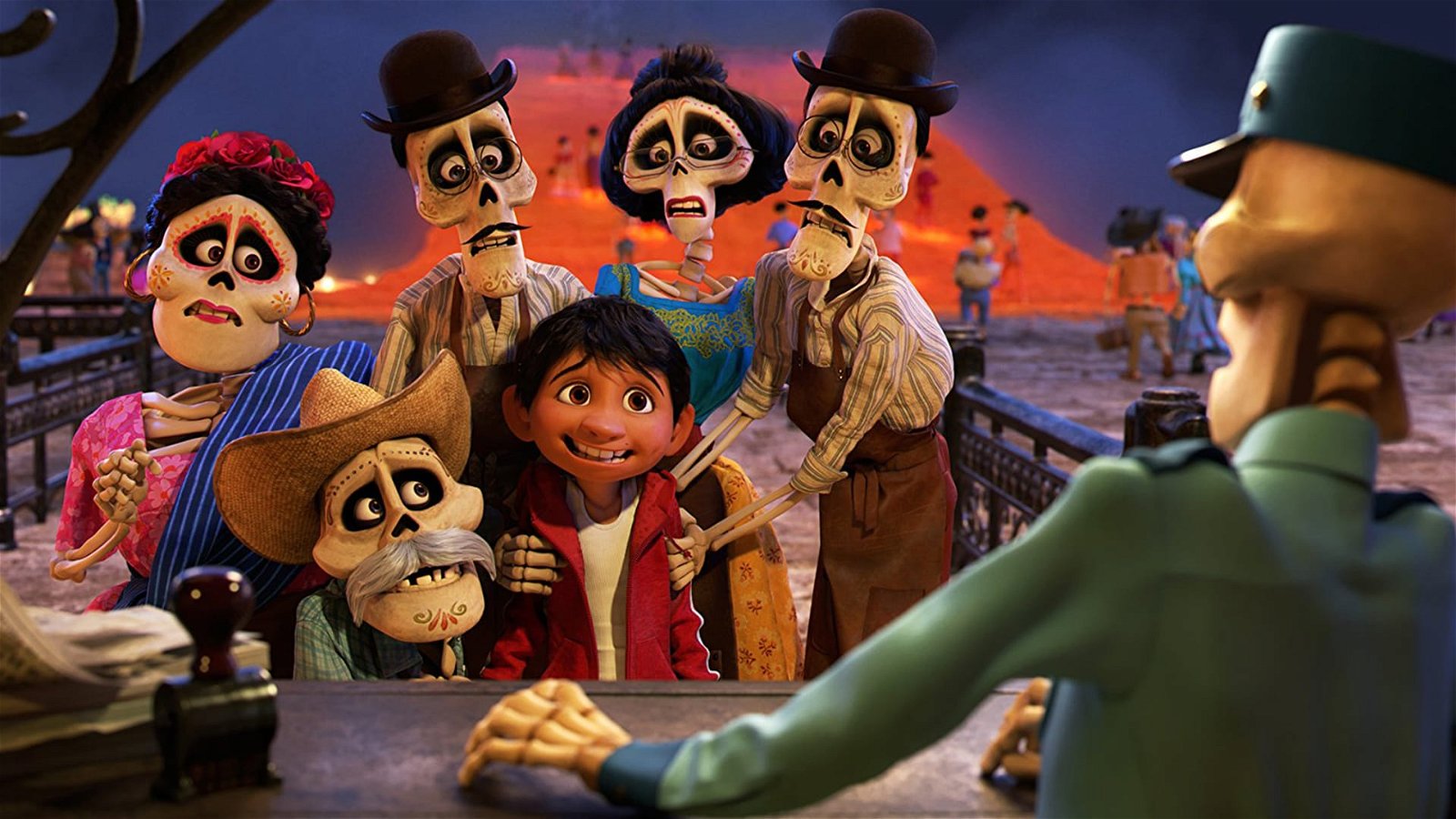 Coco is a Pixar movie. That means it has a formula. There’s a uniquely colourful world featuring an outcast who enters that world on an adventure in order to learn the value of family and believing in himself. We’ve been there before. Pixar has been there before. I guess they call it formula. The trick is how well the animation studio uses that formula in a new world, and the world of Coco is so gloriously imaginative and colourful and funny and creepy and weird that it’s easy to get lost in. It’s one of the best movies they’ve ever made for big screen, mouth-agape viewing. The thing is gorgeously mounted and so funny and fun that you barely realize you’re being set up to bawl your eyes out until it’s happening and you can’t control it. Not me of course. I don’t cry at movies, obviously. But I’m sure someone will.

This time, the plucky outsider who becomes a hero is Miguel (Anthony Gonzalez) a young boy who feels a passion for music in his bones, but is cursed to live in a family that won’t let him even listen to the stuff due to a family tragedy a few generations back. Miguel is determined though. He studios the videos of an old mariachi movie star named Ernesto de la Cruz (Benjamin Bratt) with hopes to win a local mariachi contest on the Day of the Dead—things go wrong though. Through a series of strange circumstances Miguel finds himself crossing over to the land of the dead, where he’s pursued relentlessly by his dead relatives who want to send him back. Miguel wants to find his hero de la Cruz, convinced that he might actually be part of his family. Along the way he hooks up with a slapstick silly skeleton named Hector who agrees to help Miguel if he can offer help on the other side. You see, those who live in the land of the dead only exist in the afterlife as long as their relatives remember them. Hector is about to be forgotten and needs Miguel to make sure his long lost daughter in land of the living does not forget him.

Whew! By the typically stripped down narrative specialists over at Pixar, that’s a lot of ground to cover just to set up the story. It introduces not just a fantastical world to the audience, but an entire culture, and does so with grace and respect. Co-directors Lee Unkrich and Adrian Molina were careful to honour mythology of The Day of the Dead and as a result it’s already a massive hit down in Mexico. It works beautifully for those who don’t know the world as well. Playing on themes of memory and family and the way we can live forever through legacy. It’s not a conventional Eurocentric view of the afterlife, but one that registers deeply. The filmmakers also run wild with the neon spooky aesthetic of the Day of the Dead, creating the most beautiful and deranged afterlife since Beetlejuice. There are times when you’ll wish you could pause the movie in a theatre and study all of the beautiful design work that the animators layered in. Yet it all suits the story. It’s never style just for the sake of it. The filmmakers elegantly mix style and substance.

The voice cast of almost entirely Mexican actors is strong as well, varying from the goofily comedic to the heartbreakingly tragic (often within the same performance). Like all great Pixar flicks, the film plays as a pure comedic adventure for so long that you barely notice the tracks being laid for the eventual emotional payoff. The tale is so fun and imaginative with so many delightful characters, asides, and musical sequences (somehow the screenwriters even work in a hilarious Frida parody that suits the story beautifully) that when the final twists and messages snap into place, the waterworks flow like a faucet turned immediately to full blast. The final message is a gut punch of emotion that throws all the wacky fun and glorious imagery that comes before it into stark purpose in an instant. Pixar has gotten too good at this stuff.

Coco is a wonderful piece of storytelling that hits all the possible pleasure buttons with ease and grace. The only pitfall the filmmakers face is the fact that Pixar has done this trick so many times, audiences are beginning to take it for granted. Some will claim Coco is overly familiar and formulaic to the studio’s house style. They aren’t wrong, but anyone who dismisses it is being overly cynical. Sure Pixar has hit these beats before. So have others. Rarely does it work this well though. This is a special movie. One that will have something to move, wow, and amuse just about everyone. Isn’t it nice when Pixar commits to an original idea rather than sequels? It’s almost as if they should be focused on that rather than cranking out Cars movies until the end of time. Worth a thought anyway. 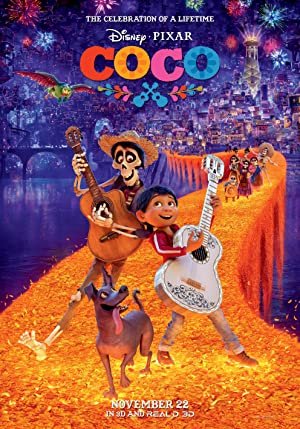