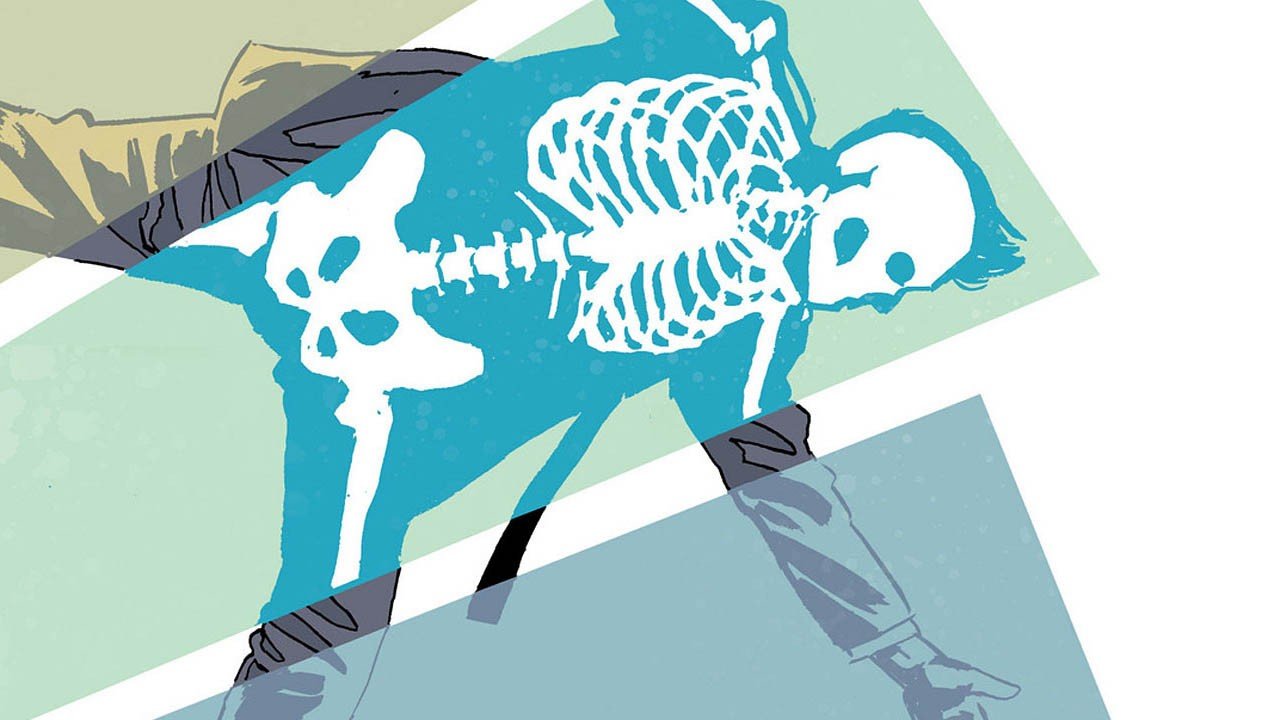 Recently there has been a resurgence of “dirty sci-fi,” a sub-genre that puts the emphasis not on technology but on the everyday people using it. Films like Looper, Inception and the less heralded Primer all deal with complicated concepts at a more workmanlike level. Ed Brisson and Michael Walsh’s Comeback is such a story. This twisting sci-fi tale centers around ReConnect, an organization that sends agents back in time to rescue people moments before their untimely deaths. One of those Agents soon realizes that the company isn’t what it seems, and he ends up in a fight for his life and his future.

Writer Ed Brisson has constructed an intriguing concept in ReConnect and its particular brand of time travel. The characters often muse on the time limits involved in their chrono-journeys and the real dangers that result. This context gives the world of Comeback a sense of consequence that permeates the entire title. In fact, it’s these kind of big ideas that make Brisson’s writing shine. He’s got ambitious philosophical aspirations for the world of Comeback, and these provide moments of deep thought for the reader.

However, a good narrative is more than an academic exercise — it needs a cast of players you can get behind and a well-structured plot to engage us through until the end. Unfortunately, it’s in providing these elements that the book falters. Many of Brisson’s characters are given short shrift and are more archetypes than people. The sleazy head of the evil corporation, the scary henchman and the driven FBI Agent all fulfill their roles, but they never seem like active members of the story. Instead, there are more devices to drive the narrative along.

The plot itself takes time to get its footing, but as it begins to develop we are treated to an enjoyable thriller that undercuts itself by building to a crescendo too early, and then wrapping itself up without a satisfying sense of closure. It’s a shame because there is a lot of potential in the pages of Comeback, but it can never quite find itself.

For all its narrative inconsistencies, the book’s biggest misstep lies in its art. This isn’t to say that Michael Walsh’s pencils are not pretty to look at (because they are), but in the world of sequential storytelling there needs to be more at play than just an appealing visual. There are a lot of characters introduced in the first few pages of the book, with very few names given, and unfortunately Walsh does a poor job of diversifying them. I found myself constantly going back a few pages to try and decipher which character I was reading and what his role was. This brings any momentum the book’s opening has to a screeching halt. This is a time travel story where we are dealing with different timelines and versions of the same people. So, visual precision is an absolute must and there is a distinct lack of it in this title.

Comeback feels like a lot of early works. It has an inventive central idea, an opportunity for thematic heft, and a sense of fun. However it is marred by thin characters, an abrupt ending and inconsistent art. If you are really in the mood for an intellectual science fiction story, you can do worse, but Ed Brisson and Michael Walsh’s latest is more soft single than home run.