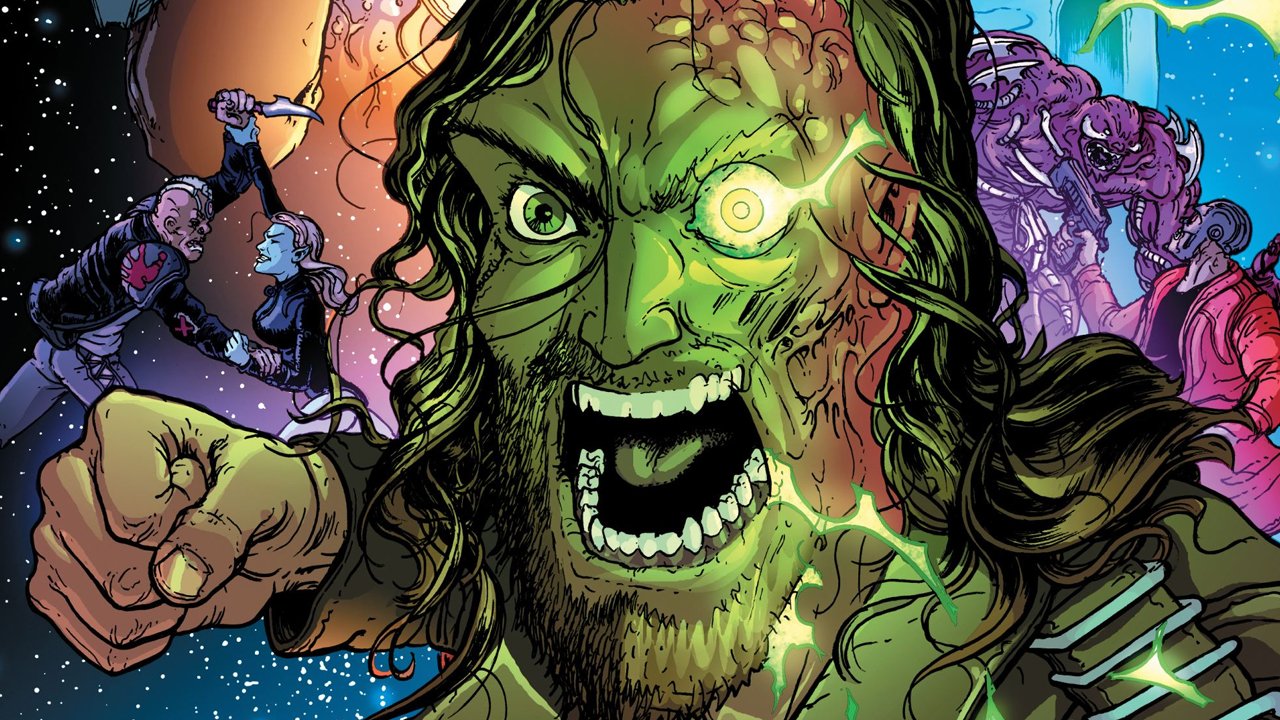 Fans of epic metal band Coheed & Cambria will be familiar with the phrase In Keeping Secrets of Silent Earth, the title of C&C’s second studio release and reference to their ongoing conceptual album work.  Amory Wars finally brings the stories and characters hinted at in music to visual reality in deservedly beautiful and violent imagery.

Dwelling in obscurity, Claudio seeks redemption following the outbreak of the Mage War that brought his home worlds to their knees beneath fascist leader Wilhelm Ryan.  Blessed and cursed with the same remarkable abilities as his parents, rebel leaders Coheed and Cambria – intangibility, telepathy, necromancy – Claudio became frightened of his destiny and chose apathy, a decision that cost the freedom of his people.

Related as a narration by Claudio to his friend Apollo (an ancient canine with comprehension abilities equal to a human), issue #1 is little more than an introduction of people and places while issue #2 reveals the meat of  the story:  Wilhelm Ryan managed to convince most of his subjects that the rebel opposition – Coheed and Cambria included – were the enemies all along, but meanwhile seeks their hidden headquarters under stealth.  Meanwhile, Claudio is living a life of destitute poverty following his decision to avoid fate, but an impulsive use of his powers to protect a young girl puts him back on the map for both sides: the angelic Prise race aligned with the rebels, and the diabolical forces of Wilhem Ryan.

Amory Wars is a keenly complex series filled with detailed subplots that keeps the reader involved through the clues and connections offered in opportune moments.  Clearly meant for young adult readers, it is nevertheless a title with enough depth and intelligence to draw in older audiences, too.  The stock plot of “Fall Man Seeks Redemption” is given a decrepitly futuristic boot akin to a spiritually-driven Transmetropolitan.

Amory Wars is a keenly complex series filled with detailed subplots that keeps the reader involved through the clues and connections offered in opportune moments. 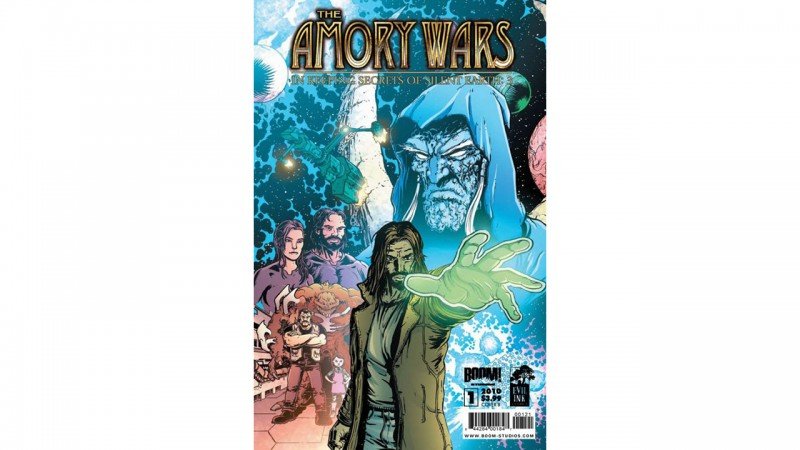