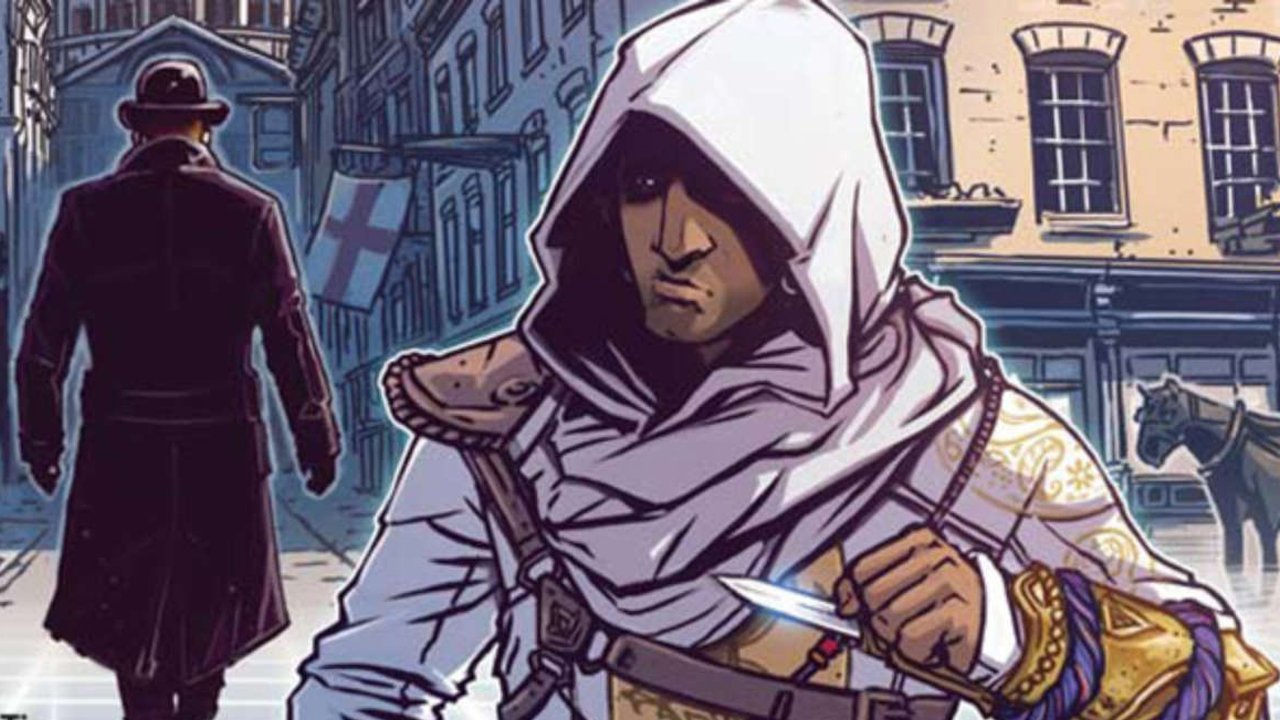 As the first issue of Assassin’s Creed: Locus centres onto the setting of Pleasantville, New York in 1872, a feeling of dread washes over me—the art. Caspar Wijngaard manages to capture the Golden comic age in an intimate classical American bedroom setting, but the combination of the poorly presented text just gives it an overly cheap feel. Before long the visor comes off, and of course, it was just a simulation all along. It’s your typical Assassin’s Creed story, but unlike the other, stronger Templars series, it’s not one really worth telling.

Once again the race for the mysterious and Earth-bending pieces of Eden is on, but Locus would be a side mission of a side mission of an augmented reality app, if it had a proper videogame equivalent. With one issue under its belt Assassin’s Creed: Locus hasn’t really cemented its place in the lore as far as the aforementioned 19th century US locale goes, an issue that extends to its 19th century London take and the far-flung future that most of the series calls present day. Often a criticism levied at the game series, way too much time is spent in the present day, attempting to build up sympathy for characters who are typically forced to enter the Animus and recall past events for nefarious purposes, and there’s only so many times you can run that game before the gimmick starts to wear.

Truth be told London is the best bit of all, as Assassin’s Creed: Locus focuses on a merry band of Assassins that all have markedly different and distinguishable outfits, and display a level of cavalier that hasn’t been seen since Ezio first stepped into his robes. But almost immediately that arc is “to be continued” into the next issue before any real development can take place. There are flashes of insight in the appendices with leaflets of the Pinkerton Detective Agency (which subsequently went on to participate in some unscrupulous behavior not unlike a rogue PMC), but that’s really all there is: flashes.

If you judged Assassin’s Creed: Locus by its cover it would seem like a hit (especially the Valeria Luxfera “Cover B” variation), but looks, like assassins, can be deceiving. As a table-setting effort, the first issue of Assassin’s Creed: Locus  doesn’t do its job. I can see where Ian Edginton is going with his writing style, but trying to balance the stark, high-stakes game of the piece of Eden with the meta-narrative and the cheeky adventures of a group of assassins is proving to be a bit much so far.

Locus will likely only appeal to the kind of person who’s consumed anything and everything Assassin’s Creed related, but there are better options out there.