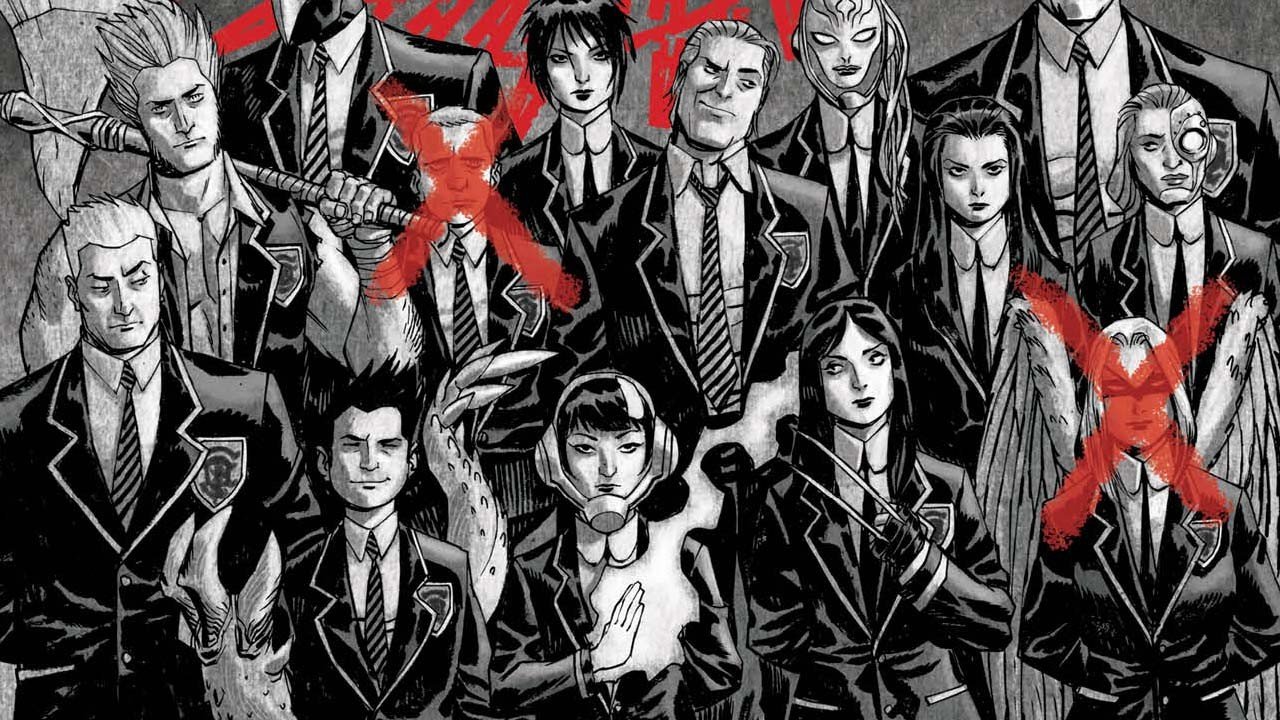 When Avengers Arena was first announced as part of Marvel Now! I remember being extremely disappointed by the very premise of this book. To start with, Avengers Academy was being cancelled, and ostensibly replaced by this new book, starring a variety of Marvel’s younger heroes. But the heroes featured in the book were to be part of a Hunger Games/Battle Royale-inspired concept, whereby the classic (yet silly) villain Arcade would abduct various young teenage heroes, and force them into a scenario where they had to either kill or be killed in order to survive, and only one could basically survive this twisted new game.

Prior to the book actually coming out, I found myself hating the very concept with every fibre of my being, because the main concept felt fairly vile. First of all, the cast of characters were basically all kids, almost all of them under the age of majority, and yet this book would be focused on them fighting for survival and killing each other off. That’s horrendous enough, but then you also have all of these young heroes, who have starred in various books over the past few years, and they’re basically herded into one title, where Marvel can then kill them off? A common complaint against both Marvel and DC, time and time again, is that they can’t seem to create new and exciting characters, whether they be villains or heroes, instead of just reusing the old tried and true standbys. Over the past decade, Marvel has tried out various books with new characters, from New X-Men to Avengers Initiative to Runaways to Avengers Academy. They might not all set the stores on fire, but they’ve cultivated their own audiences who enjoy the characters in those books. This book brought together members of the Runaways, Avengers Academy, etc, plus some new characters developed for this book, with the conceit being that they’re going to all fight to the death.

But then a crazy thing happened; something that bugged me almost more than the basic concept of the book. Hopeless’ writing in this book is absolutely fantastic, and manages to make you care about the concept, care about the characters, and make you angry when they die, which is the point. It’s not the pointless bloodbath I was originally expecting, although it still is a bloodbath, but it’s damn well written, and I find that almost infuriating. I wanted to hate this book simply because of the concept which I find abhorrent, and yet each and every issue is entertaining and thrilling. This particular volume brings together the first six issues, and the first few casualties. Hopeless uses flashbacks to flesh out the prior lives of these characters, both those who existed prior to this book and those created for this series, and they’re extremely well used to play opposite the events unfolding in real-time in the Arena. The first issue has the death of one of my favourite new characters from the last few years, and although I’m sad he died, I have to admit that Hopeless used the death in a way that did affect the characters whom he was close to. The deaths don’t feel meaningless in the context of this book, which is important in order for the book to have any luck at keeping a reader interested. The deaths are treated with a fair bit of care, although the death that occurs on the last page of this volume is quite sudden, and followed-up on in the next issue, which will be in the next trade paperback collection.

The artwork by Vitti and Walker is a nice tag-team, and I’m torn on which artist I preferred. The overall visual style was fairly consistent throughout, despite the change in artists, and that’s a mark of a strong colorist to maintain a certain tone.

This book was one of Marvel Now’s surprises, as it was far more interesting, entertaining and enjoyable that I think it had any right to be. I was expecting the worst, and I’m almost more upset that Hopeless managed to turn it around and give me the events that I was expecting, but making me somehow enjoy them. This book is a conundrum, but an enjoyable one, despite the conceit of its premise.