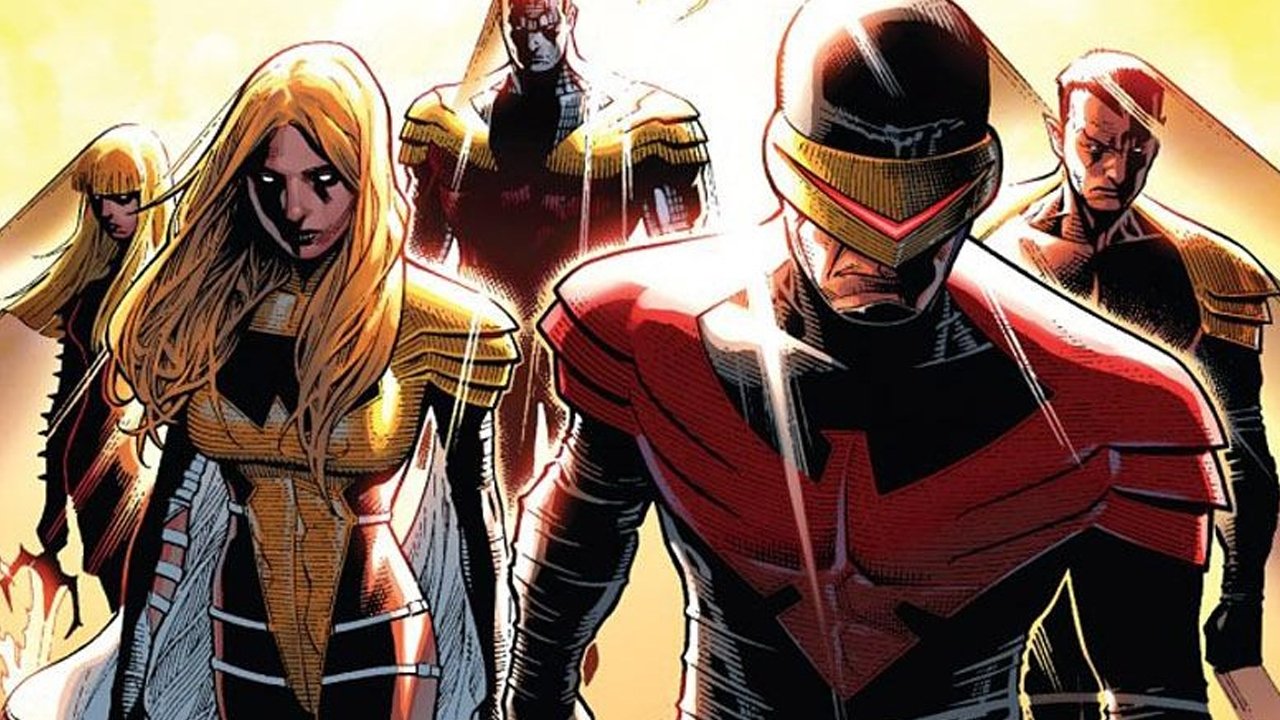 Going into this issue, I wasn’t quite sure of what to expect, as I found myself fairly let down by the ending to Avengers versus X-Men #5 when it came out a few weeks ago.  The issue had been quite strong up until the ending, building in pace and intensity, and then the issue lost me.  So when I started reading this issue, I already had some reservations about where the story might be going.  Although I did appreciate what Jonathan Hickman did with the scripting here in this issue, it wasn’t quite enough to make the book that enjoyable, entertaining or interesting for me.  It was almost as if I could tell what the writers were trying to do, but at the same time didn’t really like what they were doing or how they were getting there.

Although I credit the writers of this issue for not making this issue as predictable as it could have been, instead taking a moment to change the direction the story was going and its momentum, I found various plot elements to drag a bit, and played out in a fairly predictable fashion.  The story invokes memories of House of M, the last major X-Men/Avengers crossover, but it’s not necessarily a good thing.  The series jumps ahead from where the last issue ended, but then spends a lot of time reacquainting the reader with what has happened since the Phoenix Five descended upon Earth.  From there, there’s predictability in the actions undertaken by the Avengers, as they try to find Hope so that they can figure out how to change what’s happening to the planet now that the Phoenix Five are changing the world.  My biggest gripe is that I don’t like how the Avengers are essentially taking the role of the Secret Avengers during Civil War, a smaller, less powerful band of heroes who disagree with the opposing side, and are working to undermine and stop it at all costs, because the other side doesn’t realize the negative aspects to their actions and decisions.  The Phoenix Five aren’t written all that well either, and there are numerous events which occur that don’t seem to have any real reason or drive behind them, such as Charles Xavier arriving at Utopia at the beginning of the issue.  The ending of the issue is perhaps the biggest call-back to House of M, but one that’s kind of toothless.  What really surprised me about this issue is how after so many issues of posturing and believing in Hope as the Messiah of all mankind, when the Phoenix Five got their powers they still didn’t work at repowering the mutant race.  That took me by surprise, because it would have been the most logical place for the story to go, more so than the Phoenix Five attempting to merely right the world’s evils.

This issue also saw the simultaneous release of Avengers versus X-Men #6: Infinite, the second such Infinite issue, which put the focus squarely on Cyclops.  I have to say, this issue absolutely blew me away.  Waid wrote a brilliant script which really took a close look at Scott Summers and how he’s handling having the power of the Phoenix Force, considering what the Phoenix means to him and his past, and what it’s taken from him before.  The writing on the character was MUCH stronger than it has been in the main series, and it also serves to humanize him in a way that we haven’t seen in a while.  Usually, Scott Summers is more about being the perfect mutant general, or being a devout believer in Hope as the Messiah, but this issue cuts to the core of who and what Cyclops is and has been, and it was a remarkably genuine-feeling issue.  Waid nailed the script, and gave Cyclops some much-needed depth.

The art chores for Act II of Avengers vs. X-Men are done by Olivier Coipel, and he gives the book a very different look than that of John Romita Jr.  The call-backs to House of M are more pronounced here because the artwork is handled by the same artist who illustrated that mini-series, so there are some visual cues to remind the reader of the previous storyline.  The artwork is of extremely high calibre, much more polished than the artwork by Romita Jr. in prior issues. The artwork in the Infinite issue is handled by

Carlo Barberi and is enjoyable, with strong visuals which convey the genuine emotion of the script quite capably.

From an overall perspective, these two stories are enjoyable, although as I’ve said the main story is lacking somewhat, and doesn’t have that great a sense of pacing.  The Infinite issue, on the other hand, is excellent, and well-wroth reading.  The artwork on both the Infinite issue and the regular print issue is of high quality as well.  I’m looking forward to what happens next in this series, but I’m hoping that it picks up the pace a bit, and also is a bit more original and not as predictable.

From an overall perspective, these two stories are enjoyable, although as I’ve said the main story is lacking somewhat, and doesn’t have that great a sense of pacing.