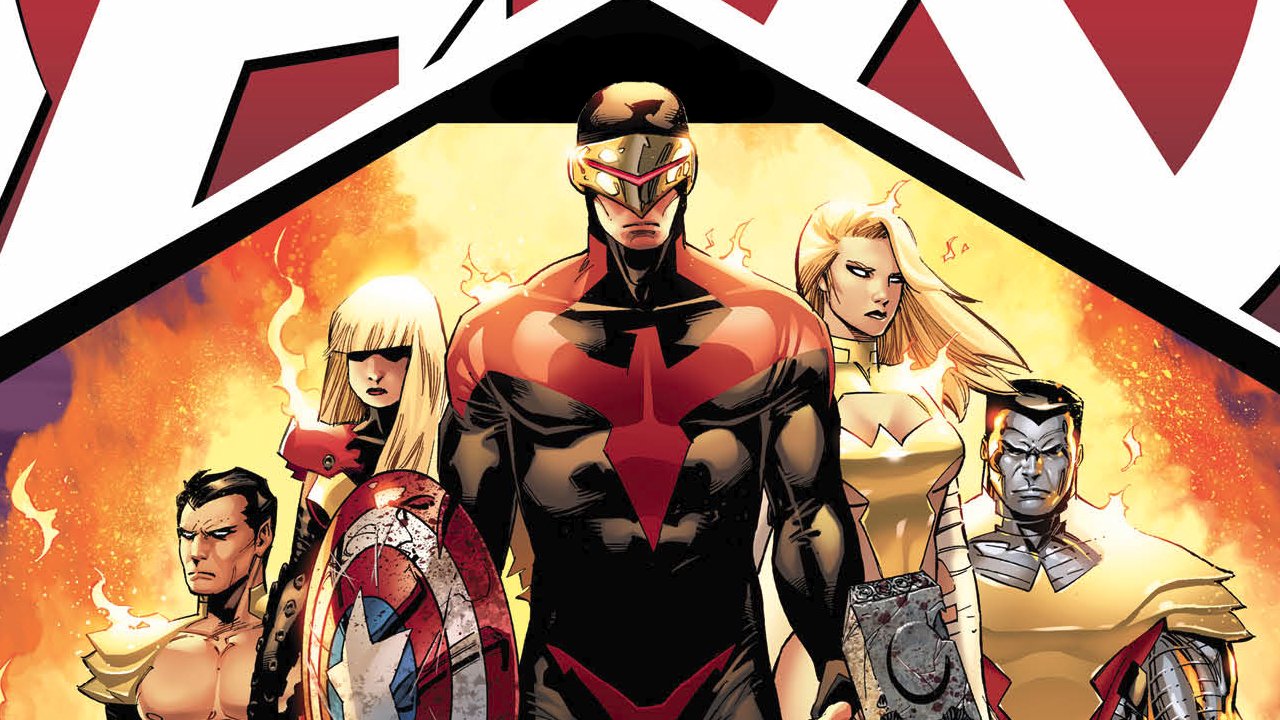 On my first read-through of this comic, I can’t say that I was all too impressed with how this issue played out, as it was mainly one fight sequence between Namor and the Avengers in Wakanda.  However, upon additional read-throughs, I found myself enjoying this issue more each time, as the issue felt somehow more focused than it has been in prior issues.  Instead of jumping around, this issue felt to-the-point, and quite focused on what was happening in Wakanda, as opposed to prior issues that felt like they were jumping around constantly instead of settling on one particular focus or event.

The overall pacing of this storyline is still a bit of a concern, but this issue did feel like a particular turning point, where things started to really change.  The Avengers were finally able to get Hope somewhere safe, so that she can prepare to take on the Phoenix Force, plus they were able to strike a blow against the Phoenix-empowered X-Men, which could potentially change the game in a big way, and not necessarily in the Avengers’ favour.  Additionally, Wakanda was really put through the wringer here, and it feels part and parcel of what’s been happening to Wakanda over the past few years, as they’ve found themselves lose T’Challa as the proper Black Panther, lost their Vibranium resource, and have been a bit directionless.  This is perhaps the lowest point that the Wakandans will ever experience, but it was definitely a strong aspect of the storyline.

This issue represents the first time since the first issue of this maxi-series that Brian Michael Bendis has written the script for an issue, and it’s much tighter and more enjoyable than I would have originally expected.  One thing to note is that despite having five different writers jamming on this maxi-series, the series has maintained a pretty consistent tone throughout, which is a big achievement for any group of writers, let alone a group that has such different styles and distinctive voices in it.  The fight against Namor really felt impactful, and desperate, and when the Avengers really started to wail upon Namor, it felt richly deserved, although after all the times Thing has punched Namor throughout this crossover, both here and in the tie-ins, it’s really starting to seem like he  doesn’t like Namor at all, given how vitriolic he’s been towards him.

The artwork in this issue is handled by Adam Kubert, and it’s a major stylistic shift from the last two issues illustrated by Olivier Coipel.  I found myself put off a bit by the change, not because Kubert isn’t great, because he is, but more because I was surprised that they were already switching to another artist, after five issues of Romita Jr. and then just two issues of Coipel.  Kubert does do an amazing job here, with some really powerful action sequences.  He really does a fantastic job on making action in comics come to life, and that’s exactly what happens here.

This storyline is now 2/3 done, and I’m still not entirely sure where we’re headed for the climax, which is a good thing, because I’d hate for this series to become predictable.  It’s definitely proven to be quite different than I would have initially expected, and I look forward to what happens next, as we move into the last four issues of the storyline.

This storyline is now 2/3 done, and I’m still not entirely sure where we’re headed for the climax, which is a good thing, because I’d hate for this series to become predictable.