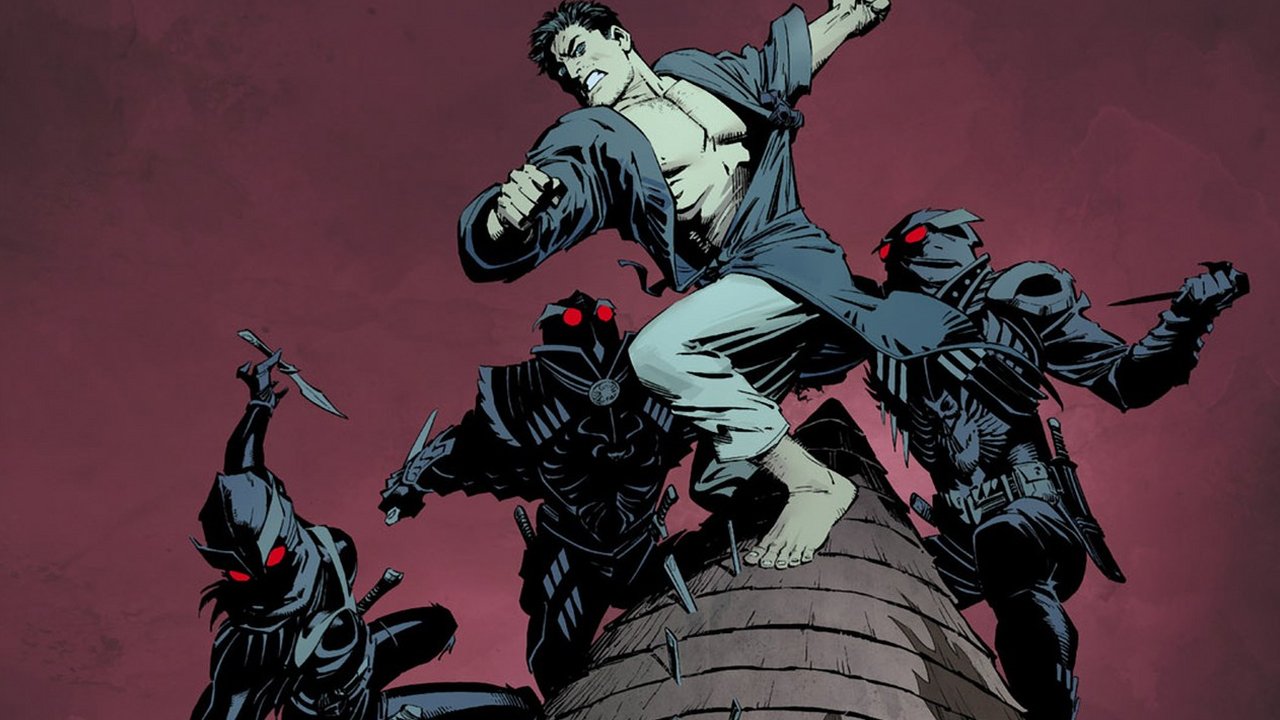 This issue is the officially beginning to the Night of the Owls crossover hitting various titles in the Bat-family, and it really does start off with a bang.  For seven issues Scott Snyder has built up the mysterious Court of Owls, and had them shake Batman’s faith and belief in his own city, as he realizes that the Gotham City he believed in, and thought he knew, never existed, as there was a great evil lurking all around him the entire time.  Snyder and Capullo are a brilliant creative team, as they manage to depict a Batman so utterly shaken to his core so superbly.  Snyder writes an unhinged Batman far more successfully than Grant Morrison did a few years back, as in Snyder’s version Batman falling apart only leads to him getting stronger, not crazier, and pulling himself together to face the coming evil that approaches.

Up until now, the Court of Owls has been fairly restricted to just this book, but starting now their villainous presence expands outwards to various other titles in the Bat-family, including Batman: The Dark knight, Batwing, Batman and Robin, Birds of Prey, Batgirl, Catwoman, Detective Comics and Nightwing, plus non-Bat-family titles Red Hood and the Outlaws and All-Star Western.  When I first read about the proposed crossover, I really wasn’t all that interested, but then, to prepare myself for this review, I reread Batman #1-7, and realized just how well-thought-out this storyline appears to be.  This issue in particular made it clear why the crossover has to happen, and how it’s actually an organic outgrowth of a very suspenseful and taut storyline.  As Bruce Wayne finds himself under attack in his own home by the many resurrected Talons, he discovers their plans include killing a huge list of notable Gotham City personalities all in one night, so that they may reclaim Gotham City as the City of Owls.  With himself barely able to fight off the skilled intruders, he enlists all of the heroes in his trusted network to lend a hand and try to save those marked for death by the Court of Owls.  This is my favourite type of crossover, because it’s organic, and doesn’t feel like it’s merely a marketing or sales gimmick.  The notion that the Bat-family isn’t the only organization working in Gotham is a striking one, and I love the concept of the Bats taking on the Owls, and it’s clear that Scott Snyder loves the concept even more.

Greg Capullo’s artwork on this title is absolutely fantastic, very moody and dark, which makes it the perfect fit.  His action sequences pop right off the page, with a real sense of fluidity of motion.  Batman’s heroic struggle against the Talons looks fantastic, and Capullo’s truly to be commended for his excellent sense of pacing in his artwork.  The marriage of artwork and script is so seamless here, and makes for an engaging, entertaining read.

This is an absolutely riveting comic book, with excellent pacing moving the story onwards at all times, as Batman and Alfred realize the dire situation they’re in, which only gets worse when they realize what the Owls are planning, and how many people are about to die.  I can’t wait to read more of the Night of Owls crossover issues, to see how Batman’s various allies are able to pitch in, lend a hand, and try to prevent the situation from becoming an absolute massacre in Gotham City.  Highly Recommended!

This issue is the officially beginning to the Night of the Owls crossover hitting various titles in the Bat-family, and it really does start off with a bang.