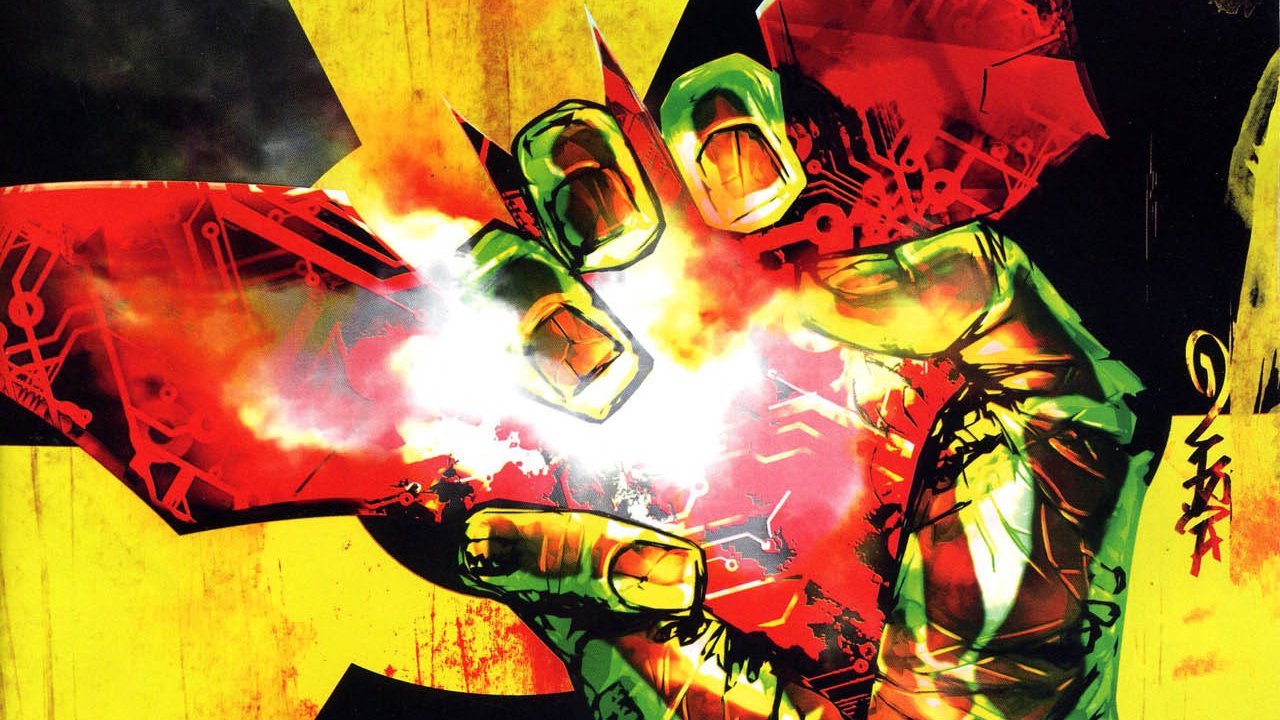 The industrial revolution and its fiery beginning puts Batman in a searing scrape. His brisk escape made possible by an old toy of Bruce’s; recognizable from the big screen. A trivial scintilla of homage that will be well received by readers.

The cover art eludes to a violent confrontation with Blight; sadly not in this issue. Instead we are granted the specifics of Power’s plight and motivation. We should get the engagement we are waiting for next issue. The artwork inside feels decidedly hasty, with some panels appallingly lacking any perceptive form of expressive detail.

It was nice to see Maxine’s character back in the play. From her scene you get a strong feeling of jealousy towards Dana. She also gives the impression of dealing some unforthcoming transaction with her laconic outburst. I feel strongly this is where the story is with this comic. Maxine is a earnest companion to Terry, but she strikes an ominous tone with me.

Maxine, Batman Beyond 6, is a earnest companion to Terry, but she strikes an ominous tone with me. 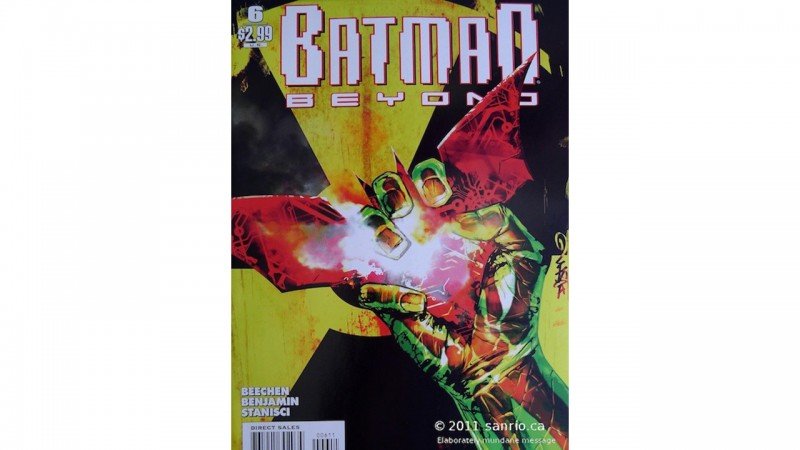