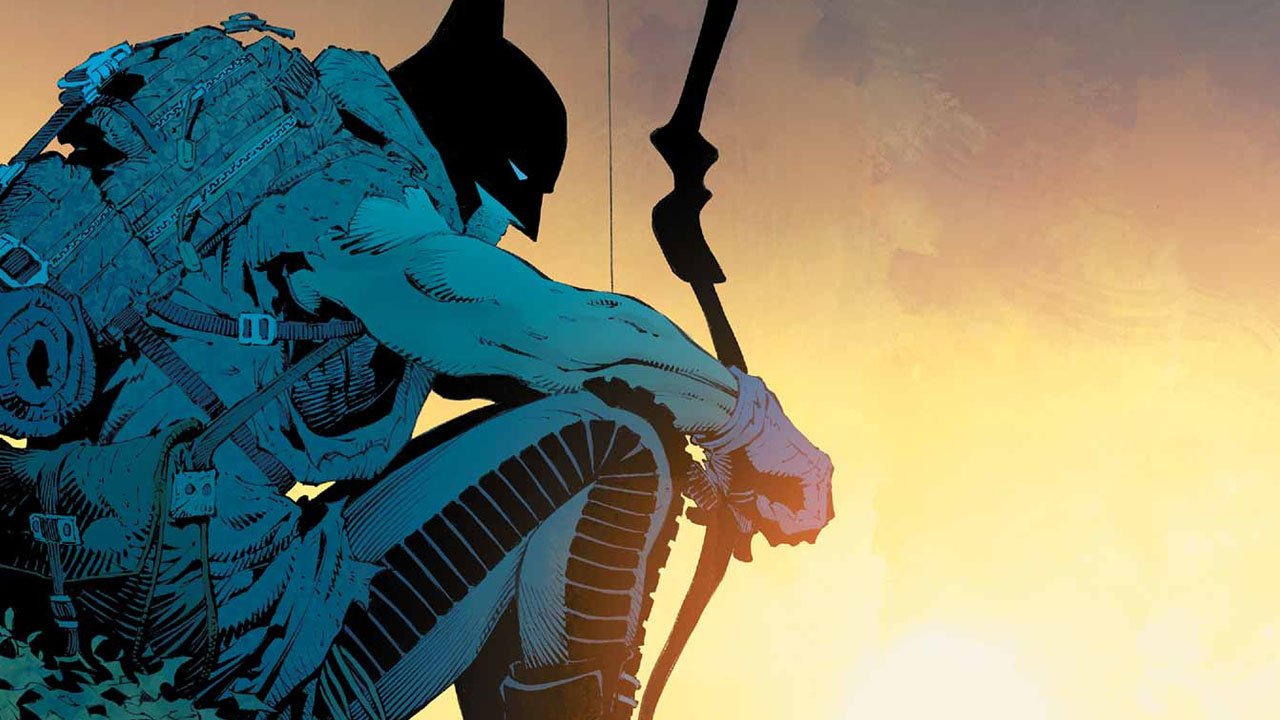 Ever since Scott Snyder started working with Batman, he’s been a fan favorite instantly enshrined to the short list of the greatest writers to ever tackle the character. It started with his Black Mirror story when Dick Grayson was still Batman, which felt like a David Fincher film set in Gotham. He then took over for the New 52 and introduced The Court Of Owls, who were a welcome addition to Batty’s rogues gallery from the first issue. Next came his Joker yarn Death Of The Family, which might be the most horrific appearance of the clown prince of crime to date. Only then, after firmly establishing himself as one of the great minds behind the caped crusader, did he attempt Zero Year, an ambitious retelling of Batman’s origin for the New 52.

I previously reviewed the first half of this massive story and while I certainly liked that section, there was no denying that a certain air of familiarity dogged down my appreciation. Even though Snyder whipped up some new twists on how Batman came to be, brilliantly rewrote the history of The Red Hood Gang and introduced a new and delightfully more psychotic Riddler, he simply couldn’t overcome the fact that he was treading ground that many had traveled before. Now the second half of his early Batman adventure is here and those problems have all but disappeared. Zero Year – Secret City was all set up for Dark City and the pay off was easily worth the wait.

This new collection kicks off immediately after the events of Secret City. Batman is now established as Gotham’s own private crime-fighter. He’s got a troubled-at-best relationship with the local police and his debut arrived just in time for the appearance of the city’s first two supervillains and one hell of a dastardly plot. Having foiled The Red Hood Gang, Batman discovers it was all a distraction for Edward Nigma to debut as the Riddler and take over Gotham. It starts with a power outage, manufactured storms, and the emergence of Doctor Death. That’s the name of the first reoccurring villain in Batman history dating back to Detective Comics #40. Back then he was nothing more than a generic mad scientist with Fu Manchu facial hair. For Snyder and his regular artist Greg Capullo, Doctor Death is so much more.

As undeniably fun as the first half of Zero Year was, there was a mild disappointment to be found in the fact that Snyder/Capullo had toned down their horrific approach to the Batman mythos. Doctor Death easily makes up for that. He’s a scientist working on a bone growth medication that goes out of control. When he uses it as a weapon, the victims’ bones grow into tree trunks, distorting their bodies and leaving faces permanently locked in expressions of pure agony. He also used the potion on himself, transforming into a blade-toothed grim reapers whose bones will transform and strengthen when broken. It’s a disturbing new twist on Batman’s first villain that Snyder writes with a classic monster movie influence and Capullo goes to town on in the artwork. It’s a terrifying creation of jagged bones and inhuman contortions that Capullo crafts with his knack for the grotesque that got him noticed in Spawn many moons ago. It’s here that Snyder and Capullo have reinvented Batman’s first adventure with a supervillain in their patented horrific manner that should please fans of their previous collaborations in how it locks their aesthetic into the very foundation of the New 52 Batman. The villain proves to be little more a pawn in The Riddler’s grand game however. The Riddler is the true antagonist of the entire Zero Year storyline and just like how including Doctor Death was a clever nod to the comic book origins of Batman, I can’t help but think using The Riddler as Batman’s first regular rogue in Zero Year is a sly reference to the fact that the character was the star of the pilot episode of the fabled Adam West TV series.

Of course, Snyder’s version of The Riddler is about as far removed from Frank Gorshin as you could possibly imagine. Established as a troubled genius at Wayne Enterprises in Secret City, Riddler finally emerges in full force about halfway through Dark City. It’s clear that every dark deed in Gotham leading up to this moment was part of Riddler’s carefully conceived plan. The pay off? The Riddler essentially turns Gotham into a post apocalyptic wasteland. He pulls power from the city, floods it, fills it with fast-attacking plant overgrowth (nicked from Doctor Death’s assistant Pamela Isley in an amusing little cameo), and holds Gotham hostage with automated killing machine robots as well as balloons filled with deady chemicals hanging over the entire city that will burst if anyone dares to enter. His goal is not just to inspire terror in the masses, but to attempt to make the city smarter. How? I’m glad you asked. Every day he offers any citizen a chance to set the city free by posing a riddle that he can’t solve. Obviously, The Riddler is pretty good at riddles, so that’s a challenge no one can overcome. Batman must take back Gotham himself and in the process he forges lasting relationships with a young Jim Gordon and Lucius Fox.

So, after the first half of Dark City reverted to the gothic horror of Snyder/Capullo’s Batman, the second half returns to grand adventure that offers one hell of a climax. The story plays out like a massive movie blockbuster filled with impossible tasks and stunning set pieces (ever wanted to see Batman fight a lion? Your prayers have been answered). Capullo’s art in this section is bright and colorful to the point of feeling psychedelic and it suits the story perfectly. The highlight is, of course, Snyder’s Riddler, whose unique mixture of intellect, arrogance, and psychosis makes him a formidable and frightening foe for Batman in a way the character has never quite been before. Snyder managed to reinvent a character that was starting to feel like a relic to Bats’ campy past into a worthy villain who would be a welcome addition to any Bat-book from here on. While this half of Zero Year is lighter on origin material, Snyder does use clever flashbacks and wrap around stories in each issue that expand on the psychological scarring and motivations that led to Bruce forming his dark alter ego. Everything builds towards a deeply moving final few pages that wrap up the entire arc absolutely perfectly. Readers may not have been demanding a new Batman origin story in any way, shape, or form, but Snyder proved that there was still more material to be mined from Bruce’s early days in this brilliant year-long comics arc.

Now, while Dark City might have been an improvement on Secret City, it’s still not without flaws. The final stage in Batman’s battle with the Riddler reverts to a classic game of “riddle me this” in a way that feels slightly anticlimactic after how radically different the character seemed before. Likewise, some of the hyped up action gets a little too absurd and cartoony for my tastes and can feel like too much of a departure from the brutal tone that Snyder/Capullo established in their previous storylines. Thankfully, these complaints are all pretty minor. There’s no denying that Zero Year more than lived up to the promises of a great Bat-epic that Snyder and Capullo made almost two years ago. They’ve delivered an amazing piece of long form superhero storytelling that should stand proudly on any Bat-fan’s shelf alongside such classics as Hush or No Man’s Land.

I might consider Zero Year to be the weakest arc that Snyder and Capullo have delivered so far, but that’s more a reflection of how masterful Court Of Owls and Death Of The Family were than anything specifically wrong with Zero Year. This writer/artist duo is the real deal. If they retired from the book tomorrow, they’d still go down in history as one of the greats Batman teams in the history of comics with three masterpieces to their name. Hopefully they won’t be leaving the series anytime soon though. If they can take a storyline as tediously familiar as Batman’s origin and transform it into vital reading for any self-respecting comic book fan, then they’ve clearly got a special connection with this world. Now it’s time for them to return to present day and show us things we’ve never seen before in a Batman book. After 75 years of crime-fighting it’s not easy to come up with original Batman stories, but Snyder and Capullo seem to toss them off with ease. May they never stop.

Ever since Scott Snyder started working with Batman, he’s been a fan favorite instantly enshrined to the short list of the greatest writers to ever tackle the character.