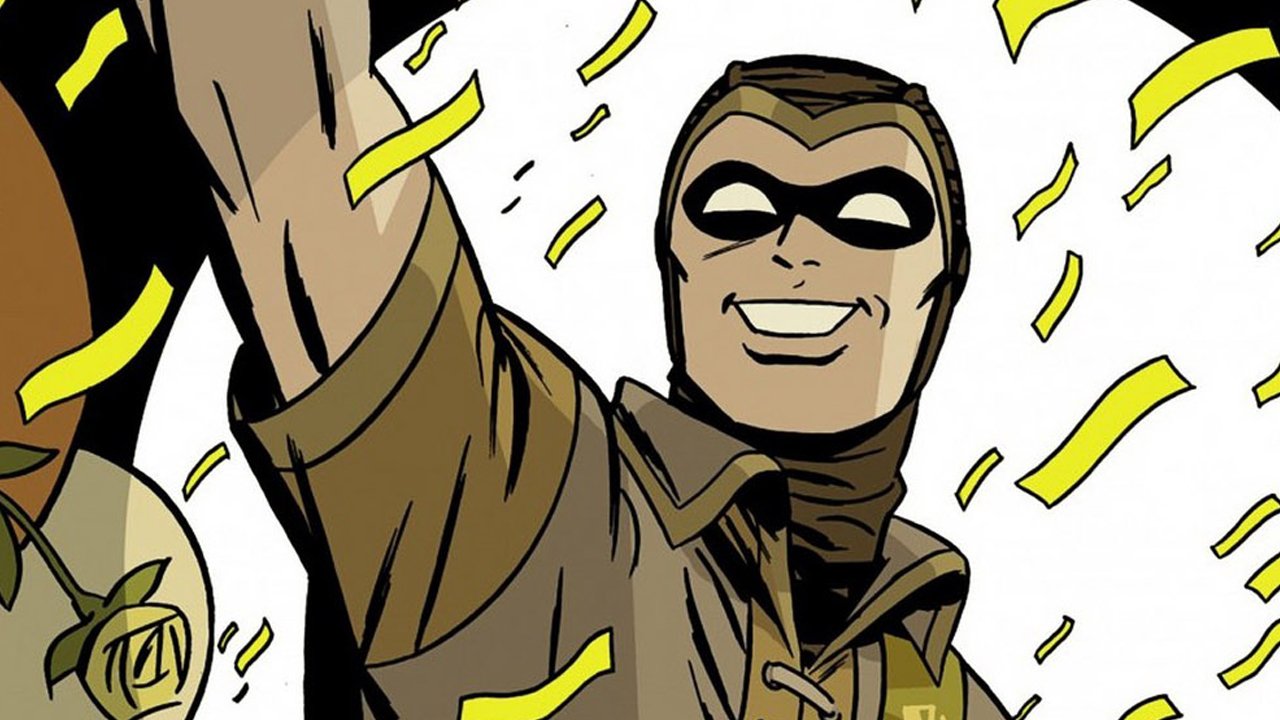 Although there’s no doubt in my mind that none of the Before Watchmen series NEEDED to happen, I have to admit that Darwyn Cooke knocked this first issue of Minutemen right out of the park.  To be honest, I can’t imagine an artist better suited for this comic than Darwyn Cooke, as his style is pitch-perfect for a comic like this.  Whereas Watchmen was set in the 1980s, this book is instead focused on the early days of costumed heroes, in the late 1930s.  Or rather, it is told from the perspective of Hollis Mason, the first Nite-Owl, as he concludes his infamous memoir Under the Hood, which was frequently referenced throughout the original Watchmen mini-series.

This is only the first issue of a six-issue series, and as a result Cooke spends the entirety of this issue introducing readers to the members of the Minutemen, along with a quick origin story showing key events that would eventually lead the various heroes to becoming part of a team later on.  On the one hand, this is a very slow-paced issue, because readers are merely introduced to the various team members, but not much is done beyond that, and it’s unclear just what the rest of the series will end up looking like, when it all plays out. However, on the other hand Darwyn Cooke’s writing and artwork is of such a high-calibre that it’s hard to care about the slow progression of the plot, when the overall product is as enjoyable as this issue was.  Cooke takes just the right amount of time getting into each character’s head, crafting quick vignettes which capture the spirits of the characters starring in them, and showing that they are still the characters that Moore originally created back in the 1980s.  There’s a certain authenticity in terms of how the characters are presented, and the artwork is absolutely perfect in capturing an old-school funny book feel for these characters.

Although the primary audience this book is being targeted towards is comprised of fans of the original Watchmen series, this book also does a great job of being completely accessible to readers who may have never before read or heard of Watchmen.  They aren’t the primary audience, obviously, as this book and the others that are coming out depend on the Watchmen name for orders, and yet it should manage to capture their attention as well.  If you’re familiar with Watchmen, there are numerous touches which work better here  because you’re aware of how these characters end up, and what fates are awaiting all of them, making the narrative that much more compelling.  Cooke’s artwork captures the naivety of the golden age absurdly well, as the book is filled with a delightful innocence, despite the severity and seriousness of the Comedian’s story, amongst others. The book almost feels more tragic as a result, because despite the happy-go-lucky fun look of this book, and the innocence it conveys, there’s a very dark future ahead of all these characters.

The question of whether or not this series was or is necessary is pretty moot by this point, as the Before Watchmen books have officially launched.  Personally, regardless of how I feel about that particular question, this book was immensely entertaining and very enjoyable, a true testament to Darwyn Cooke’s skill and talent as a writer/artist.  Highly Recommended!

The question of whether or not this series was or is necessary is pretty moot by this point, as the Before Watchmen books have officially launched.