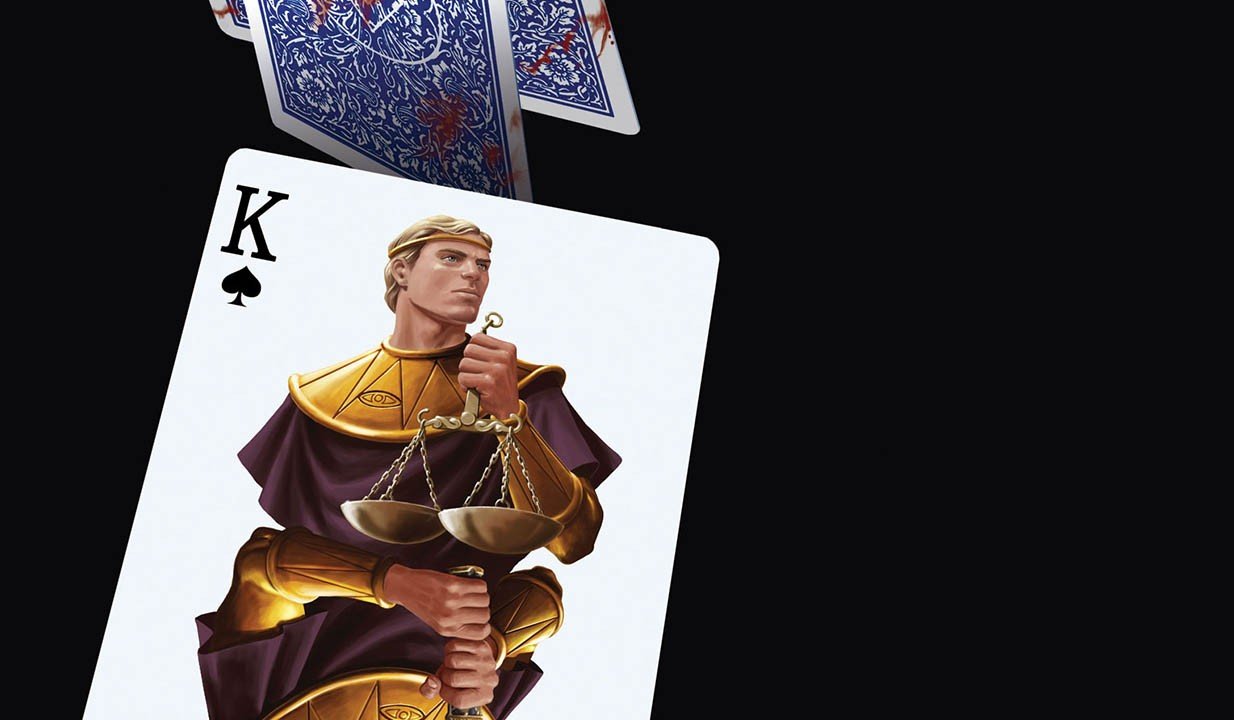 The way Eduardo Risso draws Moloch in the first page of this issue is perfect. His posture, the almost demure expression on his face as he listens to the man who has essentially guaranteed his release from prison, describe the kindness he is granting him. It’s the face of fear, of knowing enough to realize that nothing is truly free in life, especially from this man. Mr. Veidt has taken him under his wing, assuming he is willing to do penance for his misdeeds and as a newborn catholic, save his mortal soul in the process. Moloch agrees but it’s unclear whether he’s doing so to do right or simply out of sheer terror of the man so unafraid of his enemies he no longer needs his secret identity.

Why he’s brought him there is a simple but odd task. Moloch has apparently demonstrated great concentration skills during his villainous past and Veidt wants him to focus them on strings of equations to find errors. Every error caught is potentially a life saved, though he doesn’t specify how these equations are being used. It’s a stirring enough speech that in the following panels we watch as Moloch ages, devoting years to this task in the hopes of his redemption. Despite all the terrible things that readers know he’s done, it’s still painful to see him waste his remaining years helping an even greater villain yet to be exposed. Everything he does, whether he’s aware of it or not, is now in service of Veidt’s plan.

The rest of the story unfolds in a way that should be predictable considering how much of it we already know from the Watchmen book but the final twist caught me off guard. The interconnectedness of Moloch with the rest of Veidt’s scheme is new to the Watchmen mythos, which makes his involvement all the more tragic. To have come so far personally and through a legitimate desire to right his past wrongs, he manages to spread perhaps even more suffering than he did previously.

The one complaint I had is that Moloch is described as a very intelligent man, both in the original Watchmen book and in this series, yet he misses things and doesn’t question others that should raise red flags. Then again Veidt’s plan was nearly overlooked by everyone except Rorschach so I can’t really fault this man who so desperately wanted to believe he was atoning for his sins.
It’s a really gripping tale, especially since it could so easily have been a fluff, throwaway book riding the coattails of the Before Watchmen name. J. Michael Straczynski and Eduardo Risso made this two-part title into something special that’s worthy of its addition into the Watchmen universe.

Moloch agrees but it's unclear whether he's doing so to do right or simply out of sheer terror of the man so unafraid of his enemies he no longer needs his secret identity.