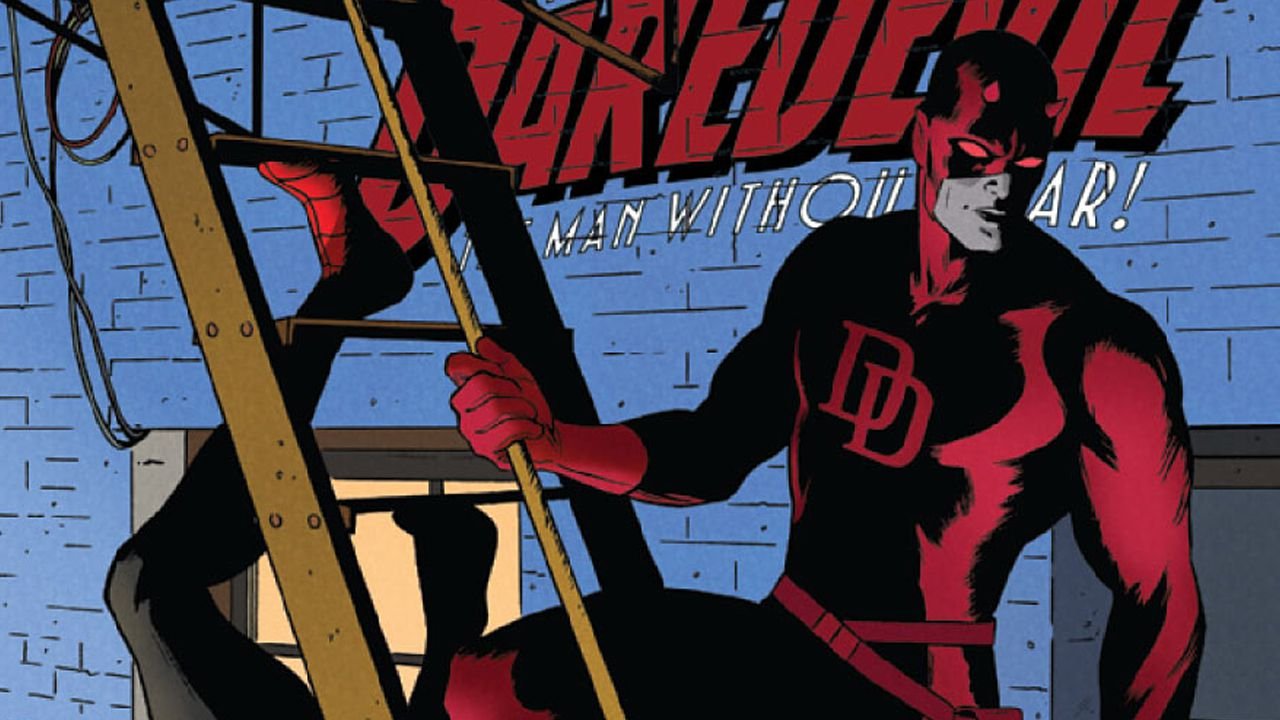 This issue of Daredevil is part two of a crossover with Amazing Spider-Man #677, and it’s a helluva lot better than the first part of the storyline. The first part of the story had artwork which was inconsistent, and overall not the best that title has seen, and guest writer Mark Waid’s handle on the characters wasn’t nearly as strong as his handling of Daredevil has been in this book previously, nor as good as his prior storylines writing Spider-Man in the past. Thankfully, this issue helps erase the memory of the first part of the storyline, as Waid turns in a very enjoyable script, which makes this storyline firmly a Daredevil one, with Spider-Man merely a guest star, who helps facilitate Black Cat’s involvement. Daredevil, Black Cat and Spider-Man team-up to prove Black Cat’s innocence in a supposed theft, only to find themselves in deeper than they realize.

Intertwining Black Cat and Daredevil feels weird on some levels, because of Black Cat’s prior relationship with Spider-Man, but if you remove Spidey from the equation, it not only makes perfect sense, but fits with Murdock’s general MO. She’s a damaged woman, who’s both villain and hero, very much Marvel’s version of Catwoman, and dances between the raindrops that would make her either of those two labels. Waid’s development of this book has been masterful, as he’s set-up Murdock to be everyone’s target, but in a new and fresh way, which is the way that I would also describe his take on Daredevil in general. There’s a freshness to the storytelling, a sense of fun, as a few years ago if this story was told with Daredevil, it would feel much darker, angstier, and feel much more dire. Instead, it feels like opening up the character to new challenges and possibilities, but with a very different outlook. I hope this isn’t the last we’ve seen of Black Cat in this book either, because she definitely helps fill a particular void in Matt’s life, that many of his prior romances were able to fill .

Kano supplies the artwork in this issue, and it’s amazing to me how he’s been able to modify his style to fit the artistic style set forth by Marcos Martin and Paolo Rivera. Despite there now being three artists who have illustrated this short-lived title, it has boasted a surprising level of artistic consistency throughout. Not only that, but the artists have pushed themselves to deliver an artistic experience that is head and shoulders above what other artists are putting out in comics today. There’s an artistic sensibility and sense of storytelling that unfortunately isn’t seen in all comic book art.

Daredevil is one of the most satisfying reads on the comic stands today, and this issue is a great example of that. It saves a crossover which started with a stumble out of the starting blocks, and delivers a great story with perfect characterization, which progresses the ongoing plotline quite nicely.

Daredevil is one of the most satisfying reads on the comic stands today, and this issue is a great example of that.