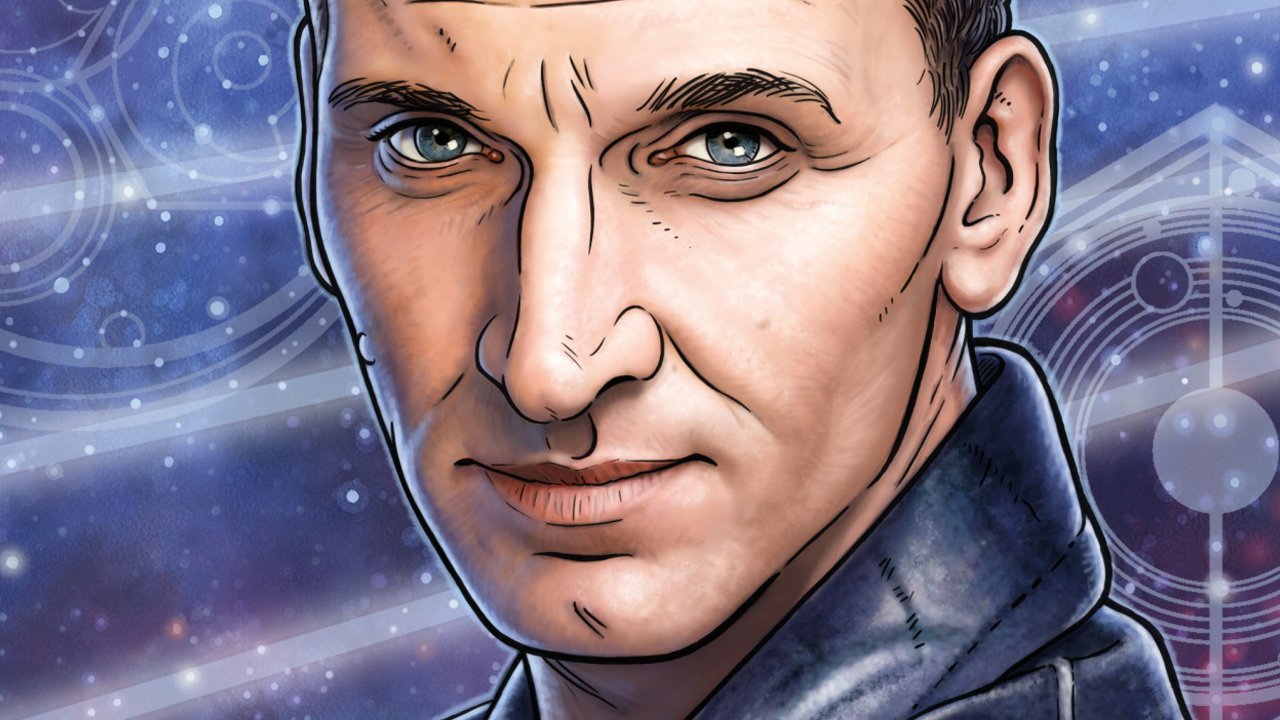 There’s something about Christopher Eccleston. Maybe it’s the fact that he looks like the type of guy who would help you move, or perhaps it’s his endearing performance in The Leftovers that makes him so affable. Even though he had a rather large presence as the “reboot” Doctor after a roughly 15 year hiatus (barring the one-off film from Paul McGann in the 90’s), he was largely forgotten in favour of Tennant’s near-ownership of the role. That’s a shame, because while it was a brief stint, he did some great work as the The Ninth Doctor and ushered in a new era for Doctor Who. The Ninth Doctor lives on though, most recently in the storyline Weapons of Past Destruction.

Weapons of Past Destruction cleverly picks up during the same timeline as the BBC series, injecting our heroes into various side stories, as the various Doctor Who media tends to do. Even though the tale itself is a tertiary one, it has deep seeded roots in one of the biggest events in the history of the series: the Time War. The Doctor himself is the last of his kind as a result, and the looming impact of the war echoes throughout the entire Whovian lore. Of course we don’t get as close a look as we’d like at some of the more choice juicy elements of the overarching narrative, but are merely presented with flashbacks to provide context.

Filled with close calls, plenty of conflict, and classic deus ex machina sonic screwdriving, it’s a lengthy story that gets wackier and wackier (if you thought the arena battles with robots was enough, wait until the wooly mammoth shows up), but doesn’t necessarily overstay its welcome. The writing is a spot-on recreation of the work from the show (“are those good beeps or bad beeps?”), with appropriate moments of dramatic inflection followed by swift comedic interludes. The dialogue feels natural and true to each cast member.

The art of Doctor Who: The Ninth Doctor as a whole isn’t quite as pronounced as other Who stories (I prefer the work Vitti and Rodriguez have done elsewhere with Titan), and it’s a little too close to the source to really stand out. Depending on whom you ask that might serve as a compliment, but I enjoy seeing fresh takes on the universe too, which is something you’re not going to get here. There are some beautiful shots in this volume though, particularly in the gallery of alternate covers peppered throughout (like the one where The Doctor and Rose are holding hands while watching a gigantic explosion, and Rose looks disturbingly resigned).

Ardent Dr. Who fans only need apply to Weapons of Past Destruction, even if it offers one of the easier to follow plotlines the series has seen. I’m still a tad put off by the strict adherence to the real life likenesses at times (it’s a fickle feeling that really depends on the page), but I like the idea of being able to continue the stories of a specific character from the show, if, say, they decide to pursue a film career.

• The art isn't quite as mesmerizing as other Doctor Who Titan lines, but the enduring legacy of the Doctor himself holds up.